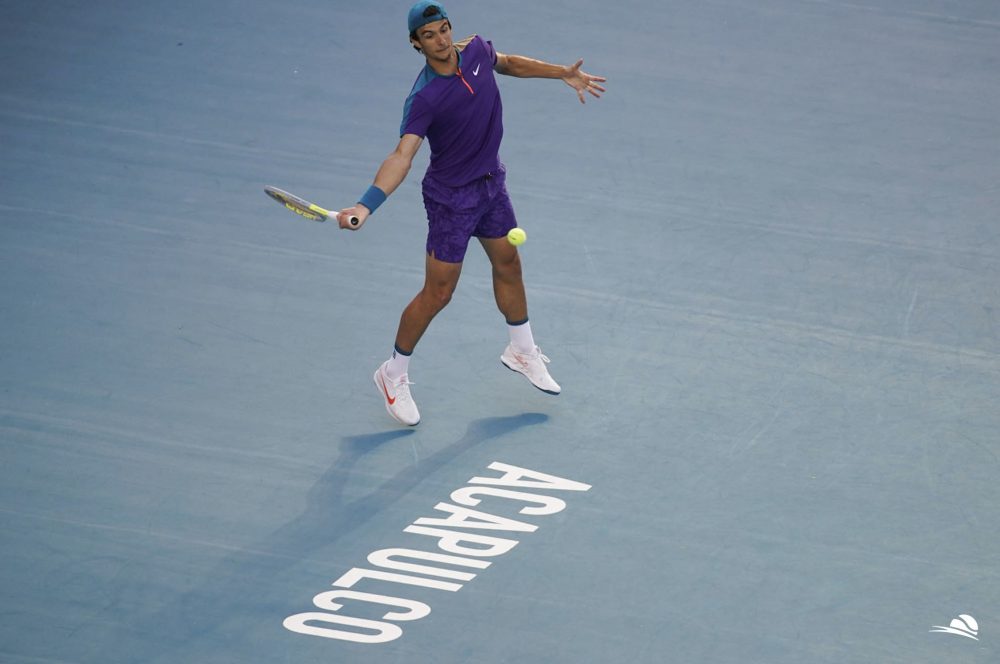 Lorenzo Musetti broke new territory at the Mexican Open on Tuesday after stunning Diego Schwartzman in the first round.

The world No.120 battled to a 6-3, 2-6, 6-4, win over the third seed to record his first ever victory over the top 10 player at the age of 19. Even more impressive is that it is only the fourth time in the Italian’s career that he has played in the main draw of an ATP Tour event and the first this season. The former junior world No.1 won 66% of his first service points and broke Schwartzman four times in the match.

“There is a lot of work, a lot of sacrifice and I think some tears left in my eyes,” atptour.com quoted Musetti as saying during his on-court interview. “I’m really proud of myself, but now I’m going to work harder and focus on the next days.”

Musetti first broke onto the scene last year at the Italian Open where he came through qualifying before defeating Stan Wawrinka in the first round. Becoming the first player born in 2002 to win a main draw match on the men’s Tour. He would then go on to defeat Kei Nishikori before falling in the third round. Since Rome, Musetti won his first Challenger title Forli and reached the semi-finals of the Sardinia Open. This season he has already reached the final of two more Challenger events.

The rise of the youngster hasn’t gone unnoticed by his peers with Fabio Fognini saying that there are ‘high expectations’ for Musetti in the future. Fognini is also playing in Mexico and won his opening match in straight sets.

“From now to the years to come, we will have high expectations. Today when he beat Diego in the main court, it was an important sign, it means that he is growing,” the world 17 said during his press conference.

The two players have a close relationship on the Tour with the 33-year-old spotted at one point watching Musetti in the stands. His hope is to follow in the Fognini’s footsteps who has won nine ATP titles and reached the quarter-finals of the 2011 French Open.

“Fabio is very nice to me, today we warmed up together, we are friends and he went to see me play for a while, that was important to me. We are friends and we are close, I am happy to be able to learn from him,” Musetti commented.

Next up for Musetti will be a clash with Frances Tiafoe who also endured a tricky first round encounter. The American held his nerve to see off Brandon Nakashima 6-4, 6-7(5), 7-6(5). It will be the first ever meeting between the two players.

Damir Dzumhur Under Investigation Over Behaviour At Mexican Open