Damir Dzumhur Under Investigation Over Behaviour At Mexican Open - UBITENNIS 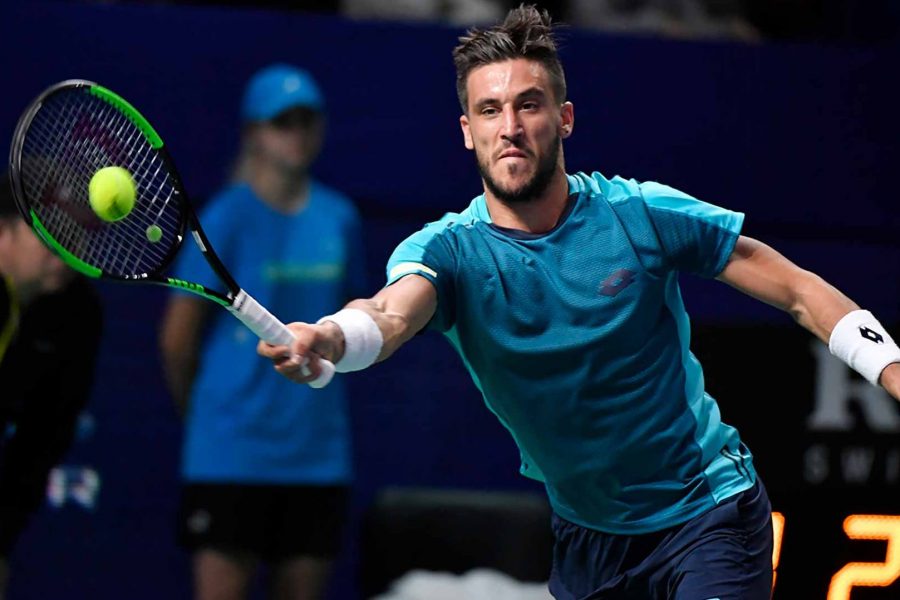 The governing body of men’s tennis has confirmed they are looking into an incident involving Bosnian tennis player Damir Dzumhur under the ‘major offence’ provision of the ATP Rule book.

The world No.125 was playing in qualifying of the Mexican Open earlier this week where he took on Botic van de Zandschulp in the second round on Sunday. During that match Dzumhur clashed with the umpire over a call made by one of the lines judges at 5-5 which he failed to overturn. Shortly after the incident he got broken and continued to argue with the umpire during the changeover which resulted in him receiving a code violation for unsportsmanlike behaviour. In the following game a furious Dzumhur received a point penalty which prompted him to walk off the court and quit his match.

Following the match, a statement was issued by the 28-year-old via Instagram in which he slammed the media for ‘inaccurate reporting.’ Some outlets said he was disqualified from the match and others suggested that he made death threats against the match official. Something he also firmly denies.

“Dear media, if you are already reporting news, then at least make sure that the news is accurate. Damir Dzumhur was not disqualified,” a statement in Bosnian reads
“Damir Dzumhur left the court voluntarily, due to the behaviour and decisions of the chief judge, which were neither objective nor correct. Another very important thing that can be read on the portals is that I threatened to kill someone? Are you people aware of what this means and where it comes from? Where does this malice come from to say such things at all?
“The media are expected to convey information correctly, objectively and accurately, but this time it was not.”

Dzumhur, who has been ranked as high as 23rd in the world back in 2018, has been fined $6,500 for walking off the court. Although it is possible that he could be fined even more with the ATP are conducting their own investigation into the incident. He has not commented on the ongoing investigation so far.

“In a second round qualifying match in Acapulco, Damir Dzumhur received two code violations for unsportsmanlike conduct, and his failure to continue the match resulted in a default,” the ATP said in a statement.
“In addition to a total fine of $6,500, Dzumhur forfeits the second round qualifying prize money of $5,280.
“Following the penalties issued on-site, a further investigation will be initiated under the Player Major Offence provision under ATP Rules,” they added.

Dzumhur has won three ATP titles and has played in 25 Grand Slam main draws so far in his career. He has previously scored wins over Stan Wawrinka, Alexander Zverev and Rafael Nadal (via retirement).