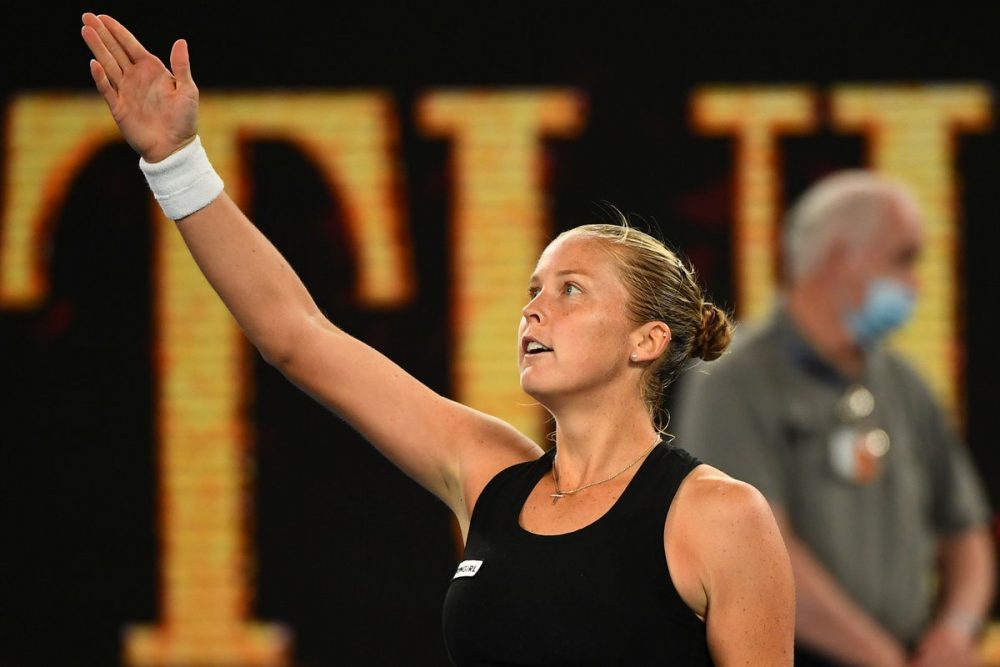 Is now the time to buy into the possibility that the current Shelby Rogers is the “real deal” in women’s tennis?

I know, I sound like The Motley Fool stock market analyst or maybe one of your favorite insurance companies.

Of course, there is no real insurance that Rogers is headed for WTA Tour greatness just because the 28-year-old from Charleston, S.C., looks that way right now. More future stars such as Cori Gauff might be waiting right around the corner to block Rogers’ path, or even another injury can’t be ruled out.

But that’s the case with any potential star or bonafide superstar.

Right now, Rogers might have to settle for a second round of 16 Grand Slam showing in the last six months (quarterfinals at the 2020 U.S. Open). That wouldn’t be too shabby considering the trip Down Under would be worth at least $320K and enough WTA Tour points to push Rogers inside the world’s top 50 women for a second time in her career.

That’s before Rogers takes on world’s No. 1 Ash Barty in the round of 16 at the Australian Open.

If Rogers happens to win this one, anything would be possible. A Grand Slam title? A check for $2.75 mllion?  A spot among the world’s top 15 women?

It’s worth a dream.

CHARLESTON GIRL HAS A CHANCE

Rogers knows she, at least, has a chance against Barty after taking the Aussie superstar to a match tiebreaker just a week ago during their long stay in Australia while trying to stay out of the way of Covid-19 or one of its variants.

“I will be excited not to play a third-set tiebreaker, because she (Barty) kicked my butt in that last time,” Rogers told the tennis world Saturday after “blowing kisses to no one” in Rod Laver.

“And we won’t have a Barty party in the stands, and that’s good for me, too.”

Barty also cruised to a 6-2, 6-4 win over 29th seed Ekaterina Alexandrova of Russia after a slow start.

“She’s on fire. She’s playing free. She is such a talented girl,” Rogers said about Barty. “I’ll going to have to bring my best game, for sure.”

While several other players were coming down with injuries, Rogers pronounced, “I feel incredible. I’m missing the fans extra tonight. So excited to be playing well and moving on here.

“It’s so cool to be back here the last few weeks, and have all of the support and some sense of normalcy in tough situations.  I feel the support from home. All of my family and friends are watching . . .

If they set their alarms. Some of them slept. I’ll forgive you guys.”

Of course, the Rogers-Kontaveit match was played in the middle of the night, Charleston time.

SHE HAD TO RALLY TO SET UP THE MEETING WITH BARTY

How did Rogers come back so far (down 4-1) against a player ranked as high as Kontaveit?

“I just brought in the margins a little bit. It’s a big court. You have a lot of space down here. I was this far (using her fingers to measure the difference) off in the first set going for my shots in the beginning. I thought that I was hitting clean and going for the right shots.

“Just adjusting my targets I set at the beginning and stay aggressive and move forward. And then I made a few more first serves, which helped.”

ROGERS WAS THE BIG HITTER AND SERVER

Rogers was hitting lights out in those last 14 games, much the same way she has been playing since her knee injury of three years ago that kept her off the tour for a full year. Just over four years ago, Rogers gained her career-best ranking of No. 49.

She served like the big hitter she is, hitting a solid percentage of her first serves after the slow start. She won nine of the 10 first serves she put into play in the second set.