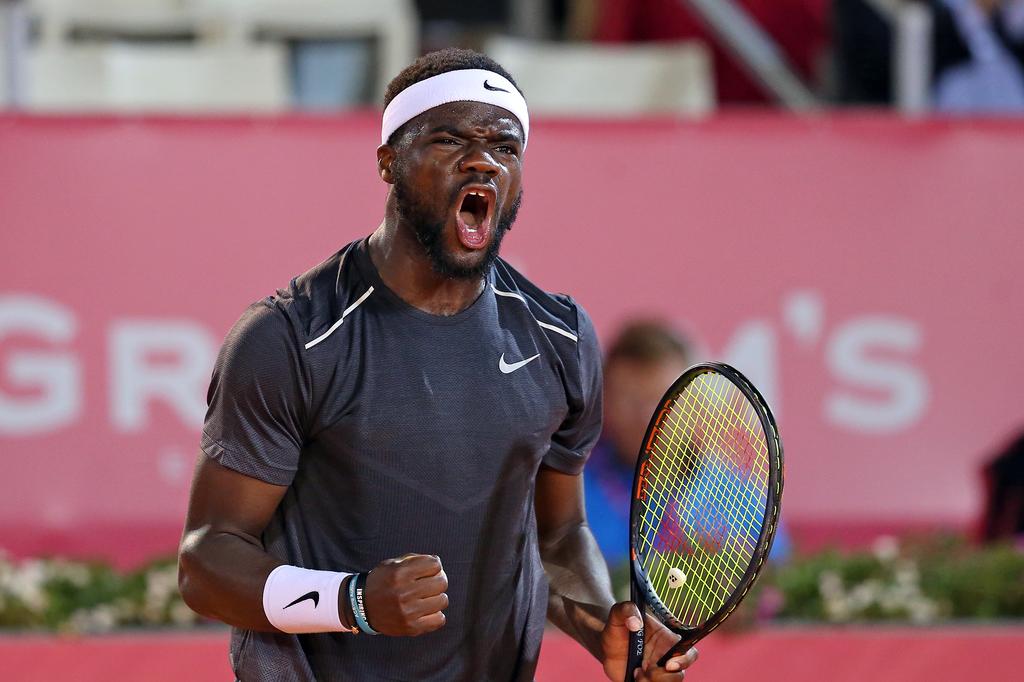 Frances Tiafoe has let rip at a new system that has been implemented at the Australian Open following his loss to Novak Djokovic.

The world No.64 vented his bemusement with the electronic line system which has been implemented on all courts at Melbourne Park in a Grand Slam first. Ran by Hawk-Eye live, the technology replaces lines judged by using an automatic calling system on shots in the match. In recent months the software has gained popularity in the sport due to the COVID-19 pandemic as organisers seek to minimise the number of people on court. The system was also used at the US Open last year but lines judges did work on the premier courts.

Players such as Djokovic and Dominic Thiem have previously spoken in favour of electronic line calling but 23-year-old Tiafoe has told reporters that he ‘can’t stand’ it. Pointing out that he believes some mistakes occurred during his second round match and he even joked with Djokovic about it at one stage.

“It was fucking horrible. I hate it. I cannot stand it,” Tiafoe ranted during his press conference.
“It’s gonna take a while to get used to, I guess, if they keep carrying on with it. But, I mean, I’m not a fan.”

Supporters of the technology argue that there is only a small margin for error and it eliminates arguments between players and officials. Hawk-Eye has an estimated 3.6 mm margin of error, which is less than the minimum requirement of five mm put in place by the International Tennis Federation (ITF). According to the managing director of Hawk-eye Live, James Japhet, 225,000 calls were made with only 14 errors during the first week of the US Open.

Although Tiafoe is quick to point out that it is not a perfect system based on his experiences in Melbourne this year.

“It’s technology, right? It’s gonna make mistakes. That’s just a fact. How sometimes we hit the side of the net and they are saying out,” he said.
“I played my first round, it was like 2-All or — something. I hit a serve, I have a ball on top of the net. Out of nowhere, the electronic calling is screaming, Stop.’
“What is that? And then I end up losing the game. Okay, that’s a problem. Sorry, malfunction. Well, thousands and thousands of dollars, malfunction?”

Unfortunately for the American he admits there is not much he can do about it as the enthusiasm for the electronic line calling increases. Although he is unlikely to change his view on the matter anytime soon.

“I don’t think I’ll ever be a fan. It is what it is. I think there will be misses. Things are happening so fast. I get technology is at a crazy high level. I’m just not a believer in it,” he explains.
“They’re gonna do what they’re gonna do. It doesn’t matter what I say. They’re not gonna change anything because Frances Tiafoe said it. I’m never gonna be for it.”

Tiafoe will still get to experience the wonders of the line calling system later this week when he plays in the doubles tournament. He is paired up with Nicholas Monroe.