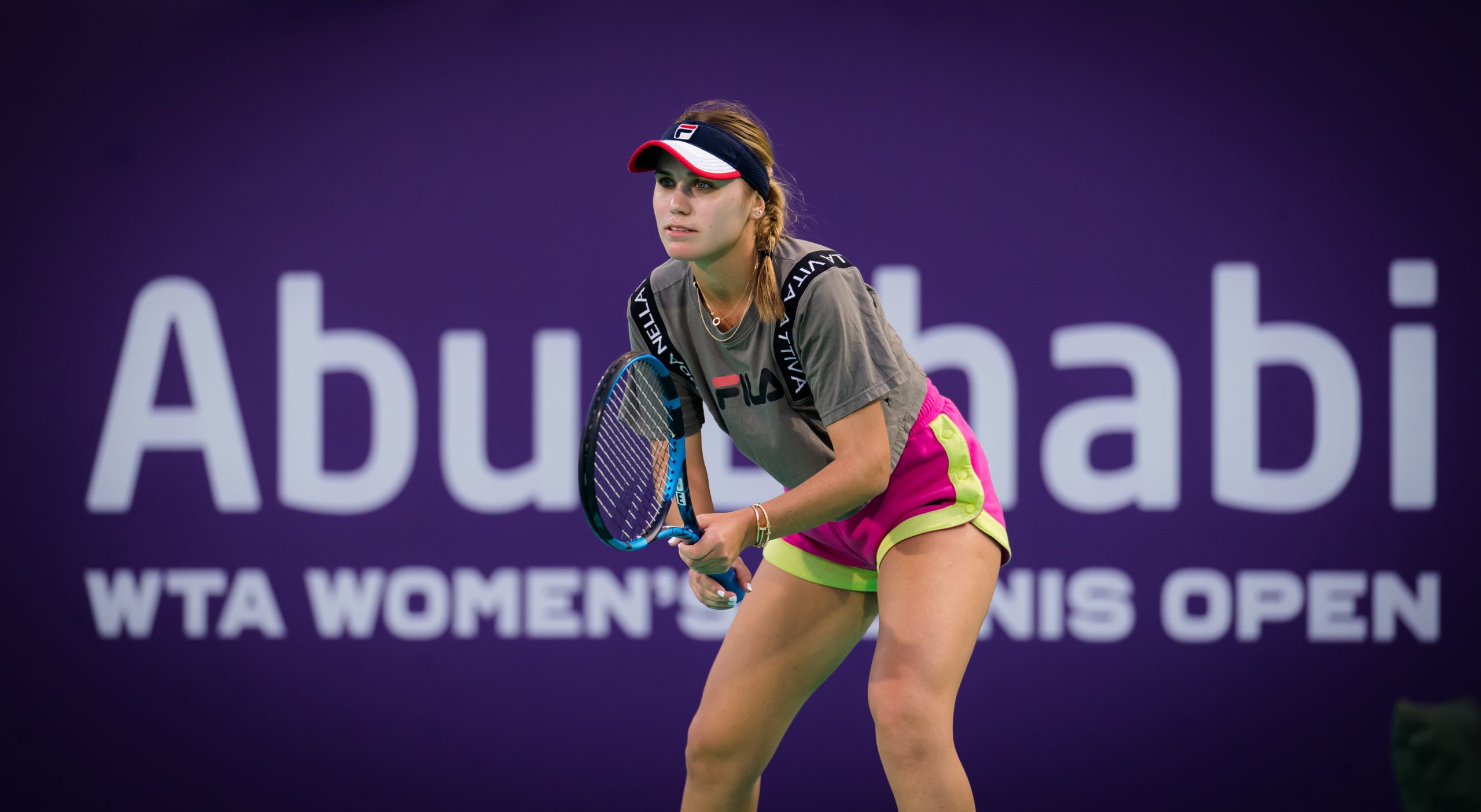 The 2020 WTA Player of the Year aims to gain some considerable match play ahead of defending her Australian Open title next month.

WTA Players are coming off an extended layoff.  Unlike the ATP, there were only two WTA tournaments following last fall’s Roland Garros.  And due to the pandemic, WTA players were active for less than half of 2020.  This event is the first of three in the newly-rechristened “WTA 500” series ahead of next month’s rescheduled Australian Open.

Kenin is joined in the singles draw by four other top 15 players: two-time Major champion Garbine Muguruza, 2016 US Open runner-up Karolina Pliskova, 2018 WTA Finals champion Elina Svitolina, and Aryna Sabalenka, who is on a 10-match winning streak coming off back-to-back titles to close out last season.  These top five seeds already won their opening matches.  Half of the second round will be played on Friday, and the other half on Saturday.

Will the American no.1 suffer from the dreaded “sophomore slump” following a life-changing 2020 season?  Despite the abbreviated calendar last year, Kenin not only won her first Major, but also achieved another Major final, and even won a second title in Lyon.  While many players often struggle after reaching such heights, Kenin has already displayed significant resilience.  Just a few short weeks after suffering an embarrassing 6-0, 6-0 loss to Victoria Azarenka last September in Rome, she rebounded to reach the French Open final.  That run in Paris includes four deciding set victories, evidence of her grit and composure under pressure.  Overall, Kenin was 10-3 last year in deciding sets.  Her opponent today is a near-20-year veteran who will turn 35 this weekend.  Flipkens possesses a lot of variety in her game, and famously upset Venus Williams at the Rio Olympics in 2016.  But in recent years, the Belgian has found much more success in doubles than singles.  Kenin and Flipkens have played twice previously.  Both matches occurred in 2019, and both were straight-set victories for Kenin.  And Sofia owns many more weapons on-court as compared to Kirsten.  Kenin is the favorite to prevail again today, in a quarter of the draw which also features Garbine Muguruza, Maria Sakkari, and Coco Gauff.

Aryna Sabalenka (4) vs. Ajla Tomljanovic.  Sabalenka leads their head-to-head 2-1, though Tomljanovic claimed their most recent meeting, two years ago in Miami.

Ons Jabeur (15) vs. Kateryna Bondarenko (Q).  Jabeur was one of the WTA’s winningest players in a shortened 2020 season.  34-year-old Bondarenko came through qualifying, and has won three matches over the last three days.