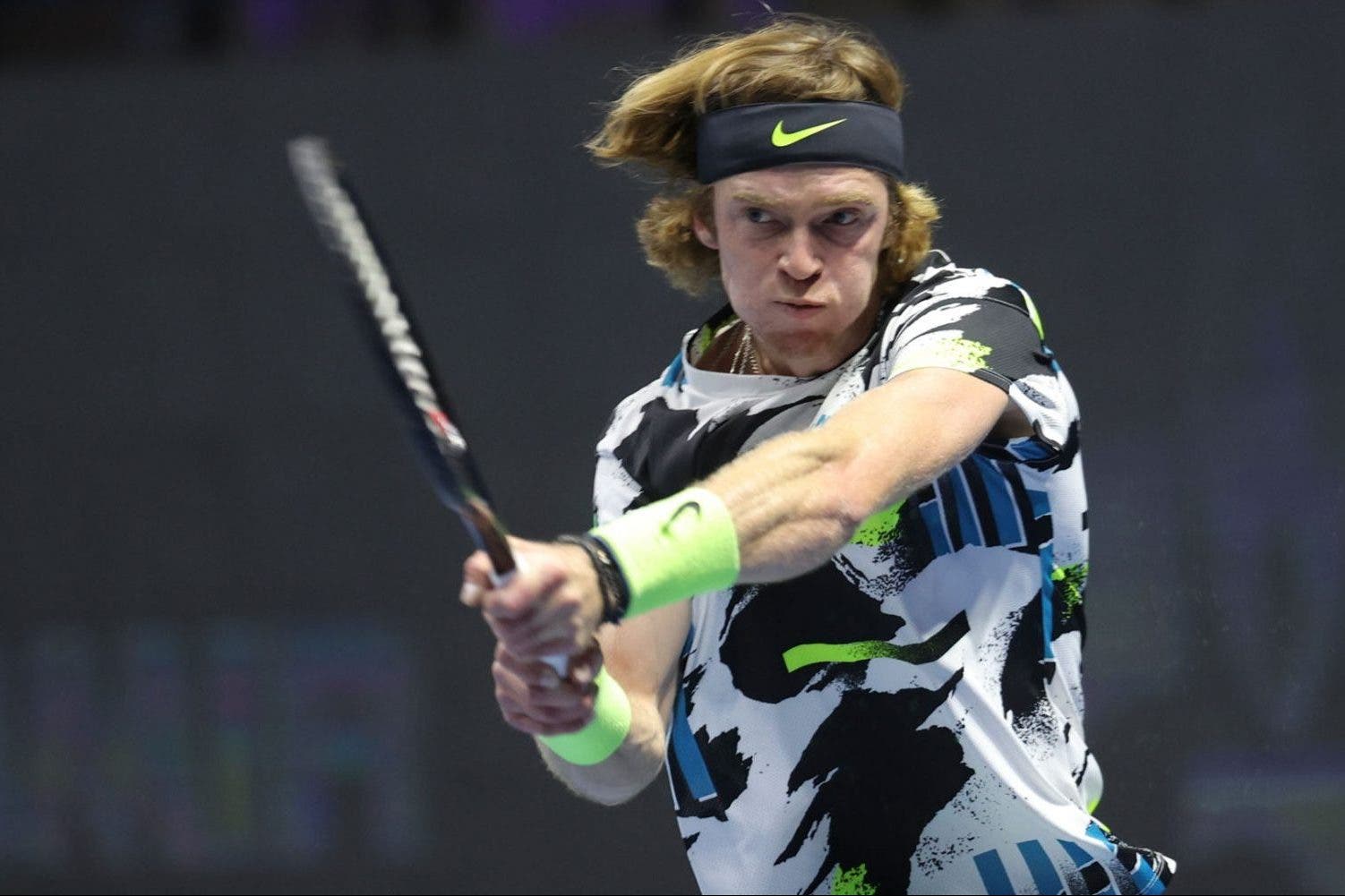 Russian rising star Andrey Rublev has been declared the big winner at this year’s ATP Awards after his team clenched two trophies.

The 23-year-old has been recognized for his breakthrough season by being awarded the Most Improved Player of the Year award. This season Rublev has won five Tour titles with three of those occurring at ATP 500 events in Hamburg, St. Petersburg and Vienna. Making him the most decorated player in men’s tennis this year. Overall, he has recorded 41 wins which has elevated him to a ranking high of 8th in the world. Rublev also reached the quarter-finals of the French Open and US Open.

Rublev’s mentor Fernando Vicente has also been recognized for his efforts by being named Coach of the Year. Fighting off competition from the coaches of Daniil Medvedev and Jannik Sinner. Vicente is a former top 30 player who is the co-owner of a tennis academy in Barcelona. He has also previously worked with Marcel Granollers and Marc Lopez (2010-2014).

There were also special honours for every member of the Big Three. Roger Federer, who has been sidelined from action since January due to a right knee injury, has won the fan favourite award for a record 18th time. The last player other than Federer to win the award was Marat Safin back in 2002.

“Thank you to the ATP, all the tennis fans out there for voting for me, believing in me and wanting to see me back on the Tour,” Federer said in a ATP video.
“I’m training hard to make that possible. I hope I can play in front of all of you guys (the fans) very, very soon.”

Rafael Nadal was awarded the Stefan Edberg Sportsmanship Award which recognizes players for their ‘fair play, professionalism and integrity on and off the court.’ It is the fourth time in his career he has won the honour and third time in a row. Earlier this year he participated in the #NuestraMejorVictoria campaign which raised more than €14m in funds for the Spanish Red Cross in their fight against COVID-19.

“For me it is a very important trophy, I just want to say thank you to all my colleagues on the Tour for thinking that I am the right one to receive this sportsmanship award,” said Nadal.
“When somebody asked me how I wanted to be remembered I answered ‘I want to be remembered as a good person more than a tennis player. That’s why this trophy means a lot.’”

Novak Djokovic is the year-end ATP No. 1 presented by FedEx for a record-equalling sixth time in his career. An achievement he was recognized for at the ATP Finals in November during a special presentation. This week the Serbian has become the second player in ATP history to have held the top position for 300 weeks after Federer.

Elsewhere, Spanish rising star Carlos Alcaraz has been named Newcomer of the Year. The 17-year-old has won three Challenger titles this season and has climbed 350 places in the ATP rankings within 12 months. At the Rio Open he defeated Albert Ramos Viñolas to win his first match on the ATP Tour. He is one of five players to have won three Challenger trophies before turning 18. The others are Richard Gasquet, Djokovic, Juan Martin del Potro and Felix Auger-Aliassime

Canada’s Vasek Pospisil was named Comeback Player of the Year following his successful return following a back injury at the age of 30. Meanwhile, Frances Tiafoe has been recognized for his numerous off-court activities supporting good causes by being awarded the Arthur Ashe Humanitarian Award.

Dominance Of Tennis’ ‘Big Three’ Will Lessen In 2021, Says Former World No.1