French Open, Steve Flink: “Nadal is close to his best. Sinner will be in the Top 10 within a year” - UBITENNIS 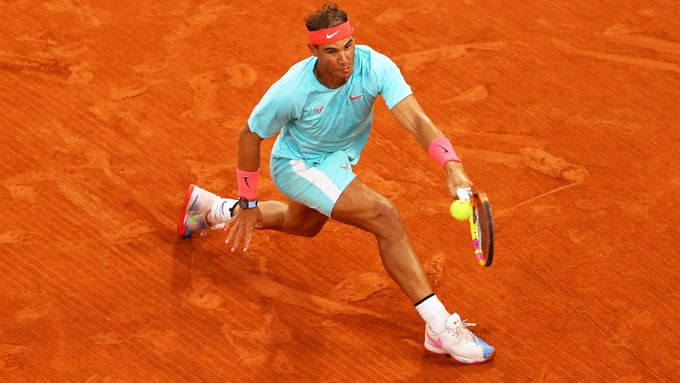 UbiTennis CEO Ubaldo Scanagatta and his Hall-of-Famer colleague previewed the semi-finals of the Roland Garros, with the women’s matches about to start. Who would Roger Federer cheer for in a Nadal v Djokovic final?

The women’s semi-finals of the French Open (Swiatek v Podoroska and Kenin v Kvitova) are slated for today at 2pm, while tomorrow will feature the showdown between Nadal and Schwartzman followed by the one between Djokovic and Tsitsipas. Ubaldo Scanagatta commented on what has happened so far in the Parisian Major, and was joined as usual by his American peer, Steve Flink. Their chat can be seen in the following video:

00:00 – Is it suprising to have Kvitova and Kenin this deep in the tournament? “After she got a double bagel against Azarenka in Rome, few expected to see her this far.” She has already lost four sets, but were her matches actually that close? And what about her Czech opponent? “Kvitova is at the top of her game, but you never know what to expect from her…”

05:13 – Swiatek v Podoroska. “The Pole was very impressive against Halep, losing just three games against the first seed and 20 in total without dropping a set.” Can the Argentine, whom nobody really knew before the tournament, give her a run for her money?

09:48 – The men’s draw: “Schwartzman just beat Thiem after defeating Nadal in Rome as well, so the Spaniard will not underestimate him. However, he lost nine times in a row against Rafa in the past, and he’s coming off a marathon match…” Will the diminutive Argentine put up a fight?

14:13 – A few words on Jannik Sinner, who impressed against Nadal on Tuesday night: “He could have won the opening set, he just got tight while trying to serve it out. Who would have expected to see him dictate the play against the greatest clay-courter of all time?” What does his future look like?

21:23 – Djokovic v Tsitsipas: “The Greek put up a dominant display against Rublev, showcasing his entire arsenal of shots.” After getting disqualified in New York, Djokovic struggled once more against Pablo Carreno Busta – does the Spaniard get the credit he deserves?

25:44 – Who will win the second semi-final? “The most important theme is whether Djokovic will have gotten over his physical issues.” Who would be the favourite in a Nadal v Djokovic final, and whose win would be more historically relevant? “Nadal would tie Federer’s record, while Djokovic would become the first man in the Open Era to win every Major at least twice…”

29:08 – A million-dollar question for Steve Flink: who would Federer root for in the event of such a final?