US Open: Serena And Azarenka Put On A Show For The Ages - UBITENNIS 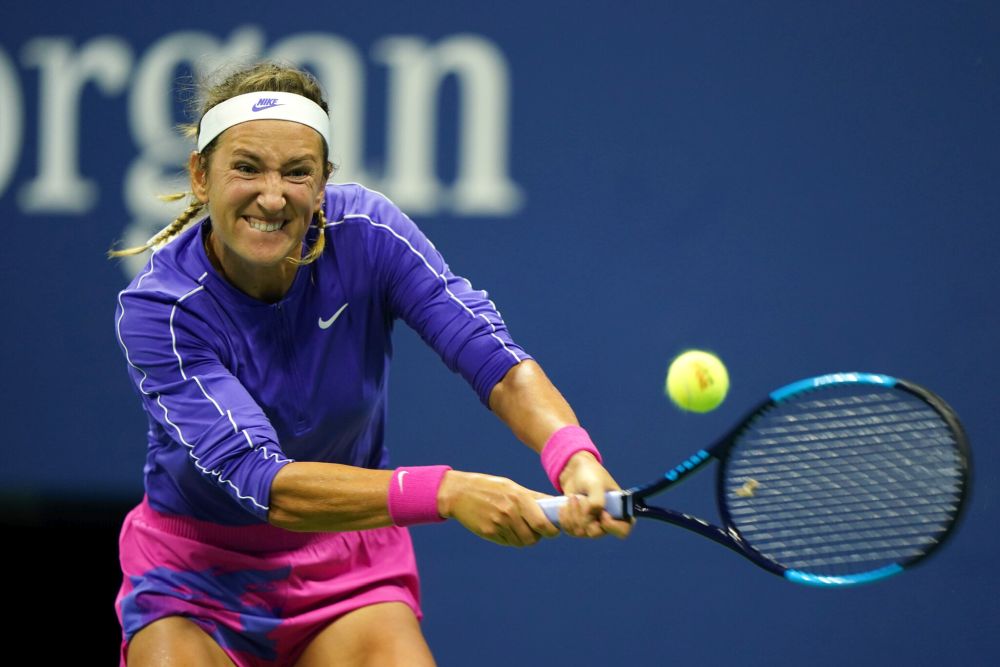 September 9, 2020 - Victoria Azarenka in action against Elise Mertens during a women's singles match at the 2020 US Open. (Photo by Darren Carroll/USTA)

Only a small number of people observed the match in person.

But the televised version of the epic slugfest between two extremely athletic women was pretty good. Make that great.

Their battle Thursday night in Arthur Ashe Stadium had to be the greatest matchup of mothers in tennis history. Or you might make the case that this was one of the best women’s tennis matches ever.

WORTH A TICKET PRICE

Serena Williams vs. Victoria Azarenka was worth the price of a ticket. Of course, there were no ticketed fans, just officials, players, team members, family members, etc. — such as the ESPN broadcast crew.

But the show Williams and Azarenka put on was spectacular. Both repeatedly made unbelievable shots. Their rallies will be shown on future TV broadcasts for many years to come.

Both players charged from corner to corner to unleash bombs that most players wouldn’t even be able to get a racket on. Their movement was somewhat acrobatic, often leaving their feet to make remarkable shot. They twisted. They turned. And they still delivered amazing shots.

Yes, power, perfection, exceptional court coverage and willpower all were on display.

Fans have grown accustomed to seeing Serena work such miracles over her long career. But this time Serena was facing a player who was just as athletic, maybe powerful and talented. And just as determined and ferocious.

Serena blew Azarenka away the first set, but then Azarenka literally caught fire the last two sets as she demonstrated an edge in energy in her 1-6, 6-3, 6-3 U.S. Open semifinal victory over Williams.

Not even a tiebreaker? One wasn’t needed to make this match one for the ages. You had to see it in person or on television or video to believe the quality of the match and the way both players played the game to a supreme level.

AZARENKA’S CONDITIONING MADE THE DIFFERENCE

In the end, it was Azarenka’s superior physical conditioning that probably decided the issue. While Serena struggled physically for the last set and a half, Azarenka always appeared to have more spark left in her game. Azarenka always seemed to move at a brisk  pace, even when the ball wasn’t in play, always ready to play the next point.

Of course, age probably played its role in the final verdict on a humid night indoors as rain thundered down on the stadium roof.

As Serena nears her 39th birthday, she is almost unmatchable in short rallies, but in longer rallies she often runs out of energy when facing a player of Azarenka’s aggressiveness and physicality. Luckily for Serena, that isn’t often.

Azarenka put on a spectacular show for a 31-year-old or for any age.