Does Finishing A Match Require The 'Big Three'? - UBITENNIS

He’s been good enough for several years to have arrived earlier, but there was always the “Big Three” of  Roger Federer, Rafa Nadal and Novak Djokovic standing in his way, along with a list of others waiting to “arrive.”

Alexander Zverev is still waiting with the “others” after being a part of Thiem’s historic rally from two sets down to win Sunday’s U.S. Open men’s final despite both players winning an equal number of games in Thiem’s 2-6, 4-6, 6-4, 6-3, 7-6 (6) victory.

THIEM TOOK ADVANTAGE OF THE SITUATION

Of course, if Thiem had been playing any of the game’s “Big Three” on Monday, it’s highly unlikely that Thiem would have rallied from two sets down to capture his first Grand Slam title.

Superstars Federer, Nadal and Djokovic obviously know how to finish matches since they are the top three all-time leaders in Grand Slam titles, Federer leading the way with 20 titles, followed by Nadal’s 19 and Djokovic’s 17.

Federer and Nadal skipped New York, and Federer also is not entered in Paris where the red clay event will start in less than two weeks.

But you’ve got to hand it to Thiem. Those forehand passing shots by Thiem against Zverev in critical situations near the end were a thing of beauty, the kind of shots Federer, Nadal and Djokovic might hit in pressure situations.

NADAL MAY BE TOO GOOD IN PARIS

It should be all Nadal in Paris as he chases Federer’s record-setting 20th Grand Slam title, but Djokovic will be there to keep Nadal in check.

But what about Thiem?

The amazing Austrian should be more relaxed this time in Paris — if he is fully recovered from Sunday night’s ordeal in New York. And, of course, Daniil Medvedev and Zverev both are fully capable of  winning their first Grand Slam title.

WHAT HAPPENED TO MEDVEDEV AND ZVEREV?

But what happened to Medvedev and Zverev in New York may haunt them for awhile, Zverev especially after blowing a two-set lead against Thiem.

Zverev is a real puzzle after coming back from two sets down to defeat Carreno Busta in the semifinals and then dominating Thiem in the first two sets on Sunday, only to lose.

Maybe Thiem just lucked up this time, hot having Federer, Nadal or Djokovic on the other side of the net in the U.S. Open final. Someone else had to win.

That’s as puzzling as Victoria Azarenka’s last two rounds in New York, not showing up in a first-set rout by Serena’s Williams before taking the last two sets. Azarenka had the exact opposite result in her loss in Saturday’s women’s final to Naomi Osaka, with Azarenka winning, 1-6, 6-3, 6-3, over Serena and then Osaka beating Azarenka by the same score.

So, what’s going on in tennis? It’s almost as unpredictable as the coronavirus.

But “tennis things” may return a little closer to normal in the French Open. It’s highly unlikely that Djokovic will hit another lines person with a ball as he did at the U.S. Open, which led to his ejection. And Nadal is virtually money in the bank in Paris.

James Beck is the long-time tennis columnist for the Charleston (S.C.) Post and Courier newspaper. He can be reached at Jamesbecktennis@gmail.com. See his Post and Courier columns at http://www.postandcourier.com/search/?l=25&sd=desc&s=start_time&f=html&t=article%2Cvideo%2Cyoutube%2Ccollection&app=editorial&q=james+beck&nsa=eedition

Andy Murray produced a resilient performance to reach the second round at the Australian Open. 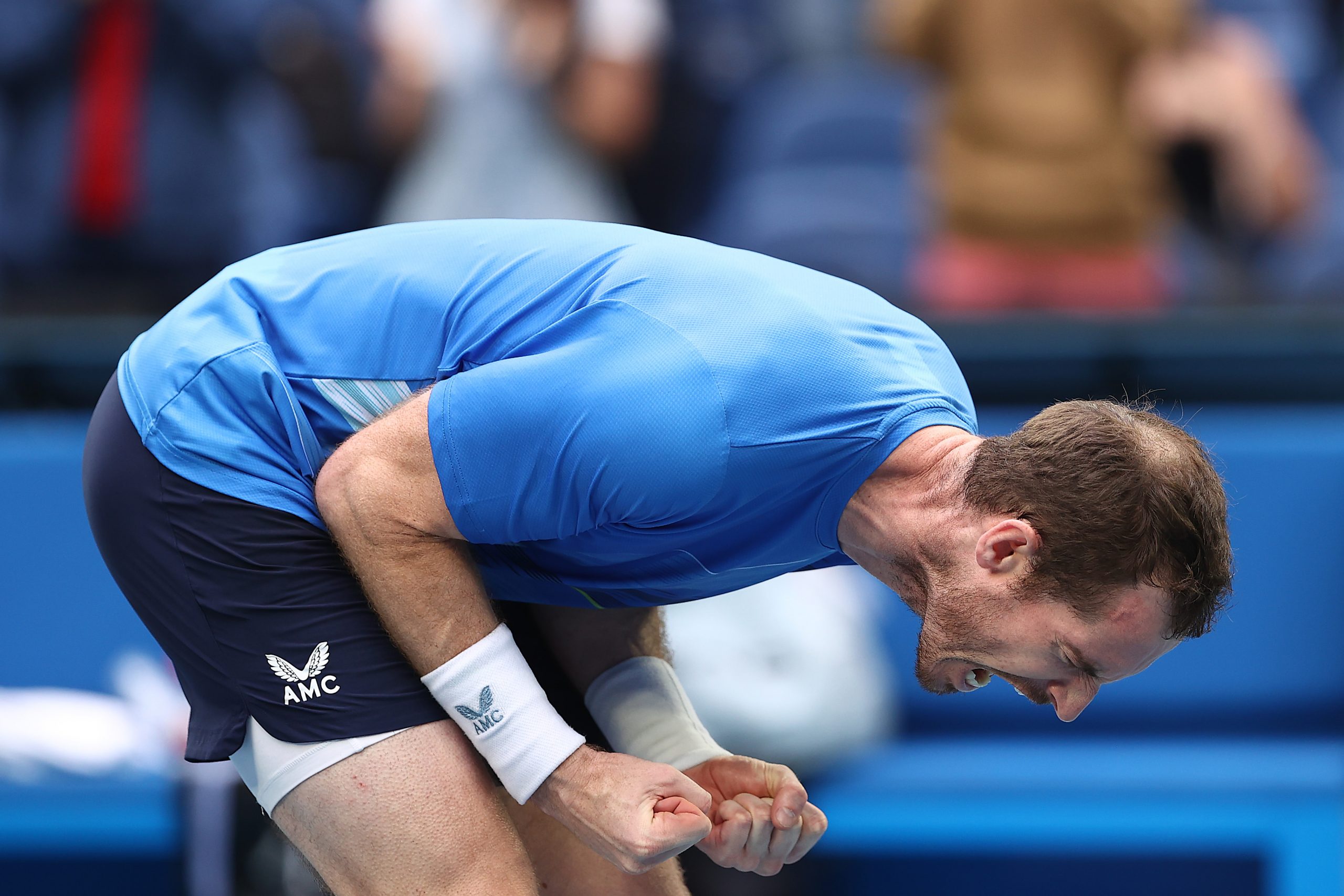 It was another typical Andy Murray grand slam match as a three hour marathon was won by the Brit to reach round two.

The three-time grand slam champion has beaten Basilashvili twice in the space of seven days and will now face Taro Daniel on Thursday.

Murray dominated the opening set against an error-prone Basilashvili as his defence was already peaking.

Basilashvili would return the favour in the second set as the Georgian continued to hammer his shots off of both wings.

A 4-1 double break lead was established as we would get the first frustrated mutterings from Murray.

The former world number one would get one of the breaks back but Basilashvili’s consistent firepower would prove too much for Murray’s stubborn defence as another break sealed the second set 6-3.

Into the third set, Murray would control the dynamic of the set on serve as he made bold patterns of play on big points.

An exchange of three breaks in a row saw Murray come out on top as he looked to use a mixture of power and defensive solidity to outmanoeuvre Basilashvili.

The Georgian saved three set points to force Murray to serve out the set but that didn’t matter as the Brit closed out the set comfortably for a 2 sets to 1 lead.

Nothing was easy for Andy Murray in grand slam tennis though and although he recovered a break deficit and saved set point, a poor start to the tiebreak saw Murray playing catch-up.

Basilashvili held his nerve and closed out the tiebreak 7-5 to force a deciding set.

In the final set Murray set a fast tempo winning the first eight points and being the aggressor taking 3-0 and 4-1 leads.

Once the Brit took his foot off the gas that allowed Basilashvili to get back into the match and continue to hit winners that would outpower Murray’s defence.

4-1 was 4-4 and Murray had to rely on his good returning skills when it really mattered to come through.

A 99th unforced error from the Georgian sealed Murray’s emotional delight in clinching another five set triumph at a grand slam.

After the match a delighted Murray reflected on his journey, “It’s been a tough three or four years but I’ve put in a lot of hard work to get here,” Murray said in his on-court interview.

“I’ve played on this court many times and the atmosphere is always incredible. It is where I thought I had potentially played my last match but to win a five-set battle like that, I couldn’t have asked any more.”

Casper Ruud Withdraws From Australian Open Due To Ankle Injury

Casper Ruud has had to withdraw from the first grand slam of the season. 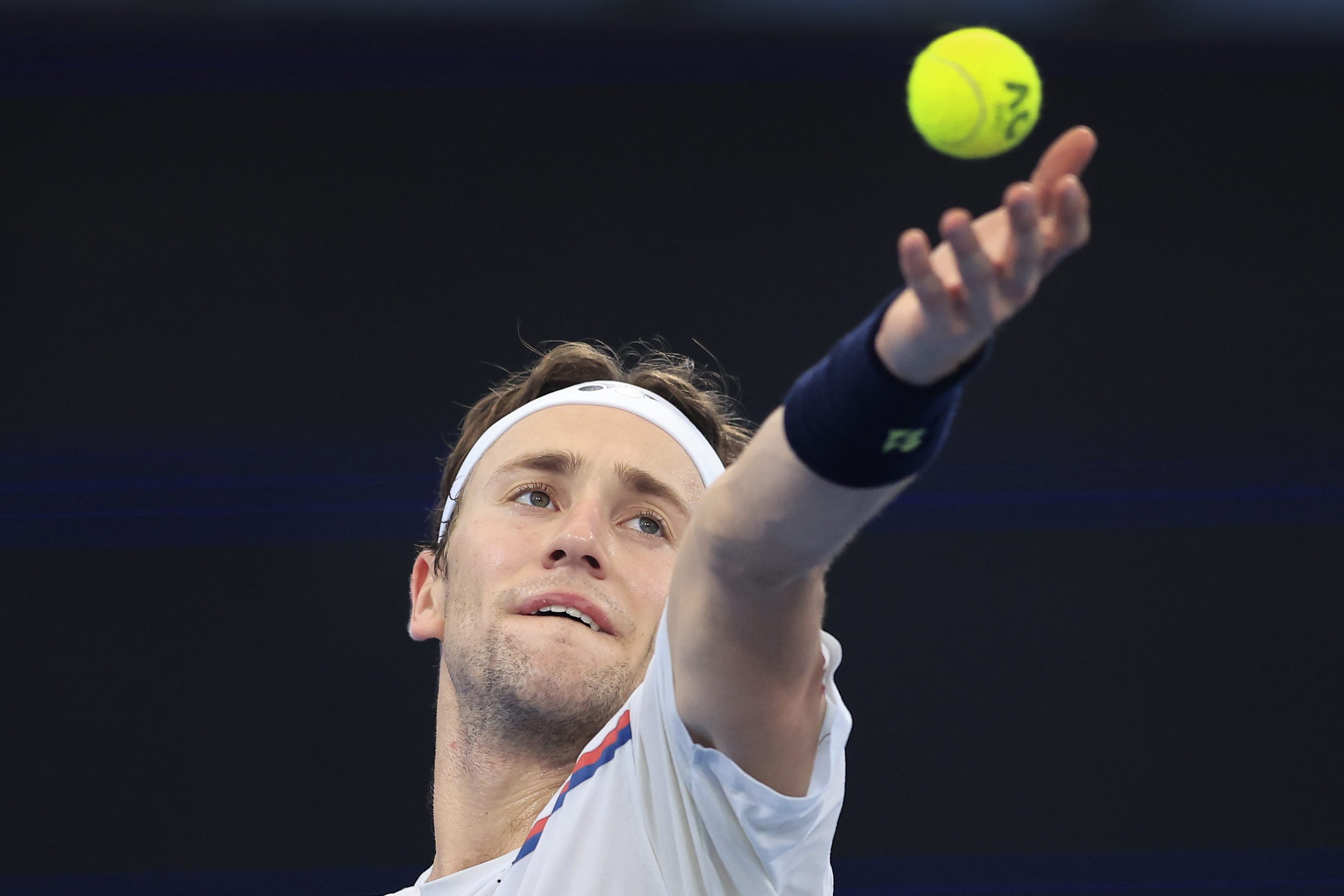 Casper Ruud has withdrawn from the Australian Open after rolling his ankle in practice a couple of days ago.

The eighth seeded Norwegian announced the news in a press conference ahead of his scheduled match with Alex Molcan.

In a statement Ruud explained the injury and told journalists that it was very disappointing to not play the opening grand slam of the season, “I had to pull out of this year’s Australian Open due to an ankle injury,” Ruud said in his press conference.

“Two days ago in practice I rolled or twisted my ankle. I hoped that I would be able to recover and be able to step on court today with the two days that I had, but rolling an ankle usually maybe needs some more time. I tried everything I could to be ready, but unfortunately I’ve decided that I’m not a hundred percent ready and I will not be able to play a hundred percent like I have to compete at this level. That’s the final decision.

“Disappointing. I had a great time here last year, reaching the fourth round, the best result I had in a Grand Slam. Was hoping I could try to do the same this year obviously, maybe a step further.

“This year the Grand Slams will be a big goal for me because last year, except for this one, I felt like I didn’t do as well as I had hoped in a Grand Slam. My game relies a lot on having good footwork. When you’re ankle is not responding, cannot take your explosive movements, take the stopping/starting movements, then it’s tough to perform well.”

Despite the injury Ruud is optimistic that he can still make the golden swing in South America next month and revealed it was more a tendon issue.

Ruud will lose 180 ranking points after reaching the second week here last week and hopes to recover in order to make a deep run at Roland Garros in May.

Lucky loser and ATP Cup hero Roman Safiullin has now taken his spot in the draw. 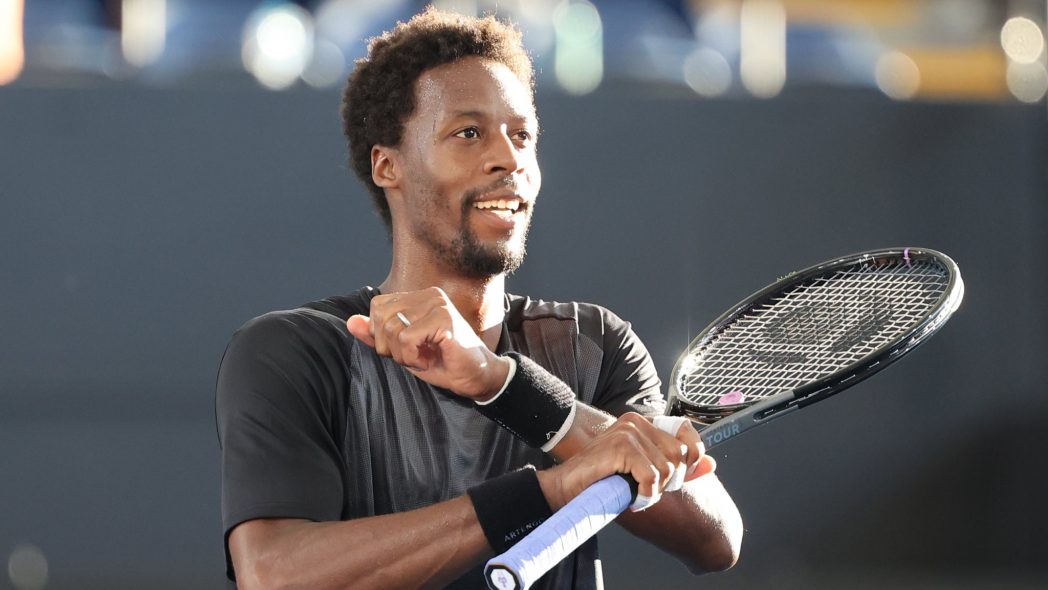 17th seed Gaël Monfils cruised through to the second round of the Australian Open seeing off Federico Coria 6-1, 6-1, 6-3.

The Argentine was no match for the former world number six who goes on to face Kazakhstan’s Alexander Bublik, who beat America’s Ernesto Escobedo in four sets.

Coria held his opening service game before a hold of serve and a double break allowed Monfils to serve out the opening set 6-1.

The second set was almost a carbon copy of the first. Coria began well with a comfortable hold of serve but then it was all Monfils.

The Frenchman delivered a strong hold to love, before three breaks of serve gave him the second set by the same scoreline.

Coria, the younger brother of 2004 French Open finalist Guillermo Coria, improved in the third set, going toe-to-toe with the Frenchman at two games all.

However, Monfils quickly turned the screw to hold serve and a backhand long from the Argentine gifted the Frenchman a critical break.

Monfils never looked back and saw out the match to cement a 15th Australian Open second round appearance.

After winning the title in Adelaide, the 35-year-old was forced to withdraw from its second version of the event last week due to a neck injury, but was quick to play down the issue.

“I’m feeling great. Great match. I think I played very solid tennis. Can’t complain when you start a slam like that,” said Monfils.

“I was just worried about my neck because I blocked my neck last week. Obviously, it’s better and today was good. I’m happy.”

The world number 19 continued: “I’m just happy to have another opportunity to win another match and maybe go to another third round in the Australian Open.”

Today’s performance was even more spectacular following a recent interview where the Frenchman admitted to having doubts about his future in the sport.

He credited his wife and fellow player Elina Svitolina in helping him persist.

“I want to thank my wife, Elina. “It was a really tough last year for me, almost wanting to quit,” he said. “I lost the faith a little bit for tennis but she was there and always caring.”