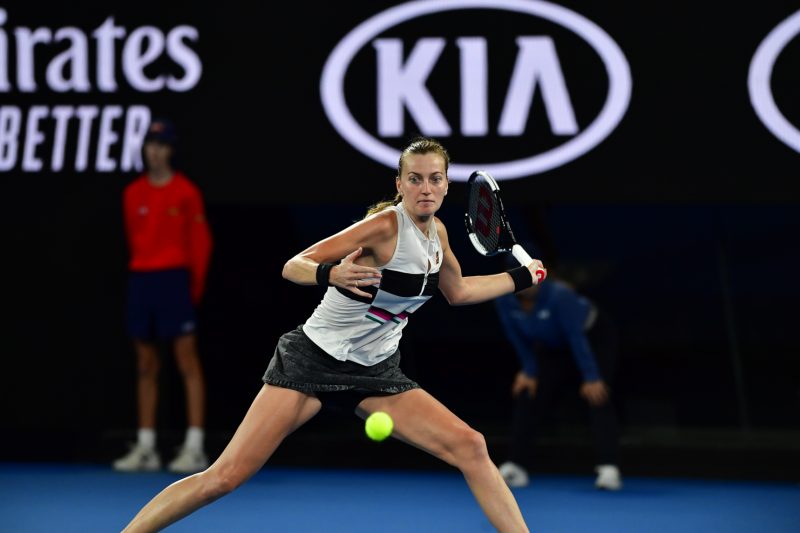 Two-time Wimbledon champion Petra Kvitova says she is unfazed by the new set of protocols that will be introduced at the US Open as she commits to playing in the event.

The world No.12 has lent her full backing behind the New York major amid a series of high-profile withdrawals in recent days due to concerns related to the COVID-19 pandemic. Three top 10 players on the women’s Tour have pulled out (Ask Barty, Kiki Bertens and Elina Svitoliva), as well as reigning men’s champion Rafael Nadal. The US Open is set to take place behind closed doors for the first time in history will players being essentially kept in what is being described as a ‘bubble.’ They will be restricted as to where they will be able to go in the city and subjected to regular testing.

“They’ve allowed us a two-member escort, so we’ll fly in three with a coach and a physiotherapist,” Kvitova told reporters on Monday about travelling to New York.
“I’m not the type of player who needs a lot of people around me. It’s enough for me, it will probably be worse for men,” she added.

The 30-year-old admits that she did contemplate not attending the Grand Slam before later having a change in heart. Deciding that she didn’t want to have any regrets later on in her career.

“I’ll try my best and have a clear conscience, let it turn out as it turns out. I’m really looking forward to the matches, adrenaline and everything around. It’s a long time and tennis after all. I miss it. It will be nice,” she stated.

During the Tour break Kvitova has managed to maintain her competitive thirst by participating in a series of exhibition events. In her home country, she won a hardcourt event in Prague before losing her opening match at the clay equivalent a week later. More recently, she took part in the Bett1 Aces events in Berlin where she recorded three wins and two losses. Scoring two victories over Andre Petkovic, as well as Bertens.

Besides the occasional niggle that is associated with a professional tennis player, Kvitova says she is fully fit at present with no pain in her left hand. Which was badly injured during a run in she had with an intruder in her apartment back in 2016 that subsequently required surgery.

“Everything is fine, fortunately the hand is painless. It is taken care of so that it lasts. I played one match on clay, then it hurt. Since then, I’ve been playing more on hard surfaces. It’s better,” she said.

The absence of a crowd at upcoming tennis events have led to some wondering how it would affect players. Serena Williams told reporters on Sunday that she is unsure what impact it will have on her. As for Kvitova, she described her experience of playing exhibitions in silence as ‘strange.’

“It was very strange. We played beautiful exchanges and no one applauded us. This is the time, but it is harder to deal with it on the court,” she recalled.
“We have reports that they will put virtual fans there (at the US Open), so hopefully it will be a little more enjoyable.”

Kvitova started the year by winning 12 out of 15 matches played before the sport was halted for five months due to COVID-19.