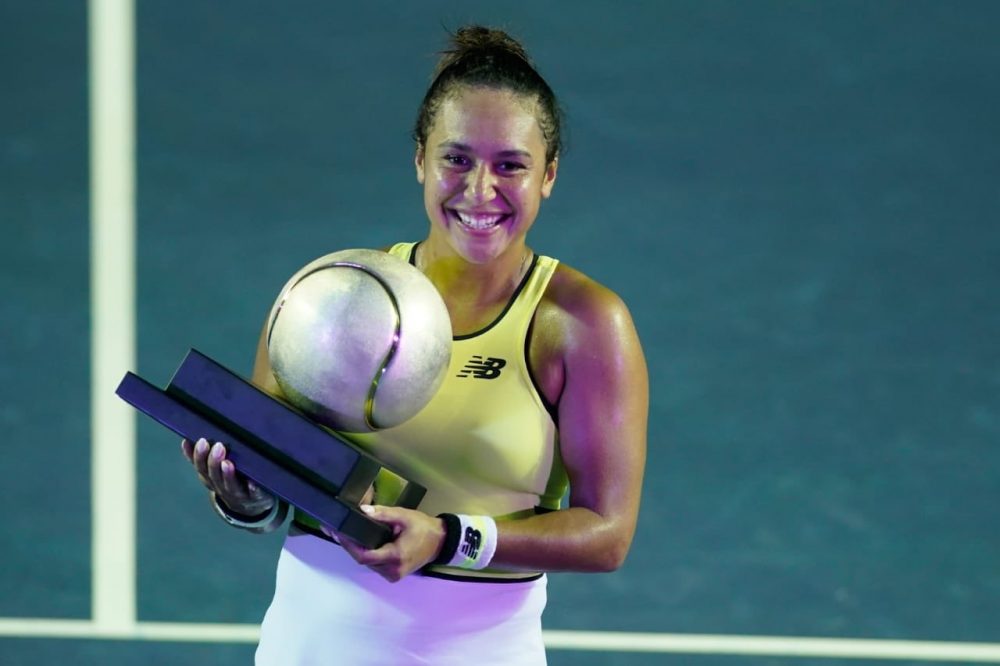 British No.1 Heather Watson has returned back to the winner’s circle on the WTA Tour for the first time since 2016 after claiming the Abierto Mexicano Telcel presentado por HSBC singles title.

Watson, who was seeded seventh in the tournament, required almost three hours to see off 17-year-old Canadian rising star Leylah Fernandez 6-4, 6-7(8), 6-1. Fernandez is the reigning French Open girls champion. The roller-coaster encounter saw the British player get sternly tested both physically and mentally. Watson had five match points during the second set tiebreaker, but was unable to convert all of them. Nevertheless, she regained momentum by winning six out of the last seven games played.

“I’m so happy to get my fourth title. It’s been a few years, so I’m just really, really happy I came through that match.” wattennis.com quoted Watson as telling reporters.
“It was so up and down. I had those [match] points in the second set, and I wasn’t able to win that, but I was really pleased with how I stayed in the moment, and won that third set.” She added.

Throughout the marathon final, the 27-year-old hit 37 winners to 36 unforced errors and converted five out of her nine break point opportunities to become the first British player to win the tournament. Watson has now won 12 matches so far this season against three losses. In January she also reached the semi-finals of the Hobart International.

“I’ve played Leylah two times before this and I knew what to expect,” she commented on her teenage rival.
“She’s a great player, and I knew it would be really tough, but the thing I notice about her the most is the head on her shoulders.
“She’s very, very mature for her age and I think it’s her mental toughness that really stands out.”

Runner-up Fernandez, who is currently ranked 190th in the world, also exits the tournament with her head held high. The qualifier had previously never reached the quarter-final of a WTA event prior to this week. She is set to rise up the rankings to inside the world’s top 130 for the first time in her career.

As for Watson, who has now won four WTA titles in her career, she will return back into the world’s top 50 for the first time since June 2016. She has been ranked as high as 38th in the world.

Both Watson and Hernandez are set to play at the Monterrey Open, which will get underway on Monday. Neither of them will be seeded in the tournament.

Related Topics:Heather Watson
Up Next