By The Numbers: 15 Things To Know About Maria Sharapova’s Career - UBITENNIS 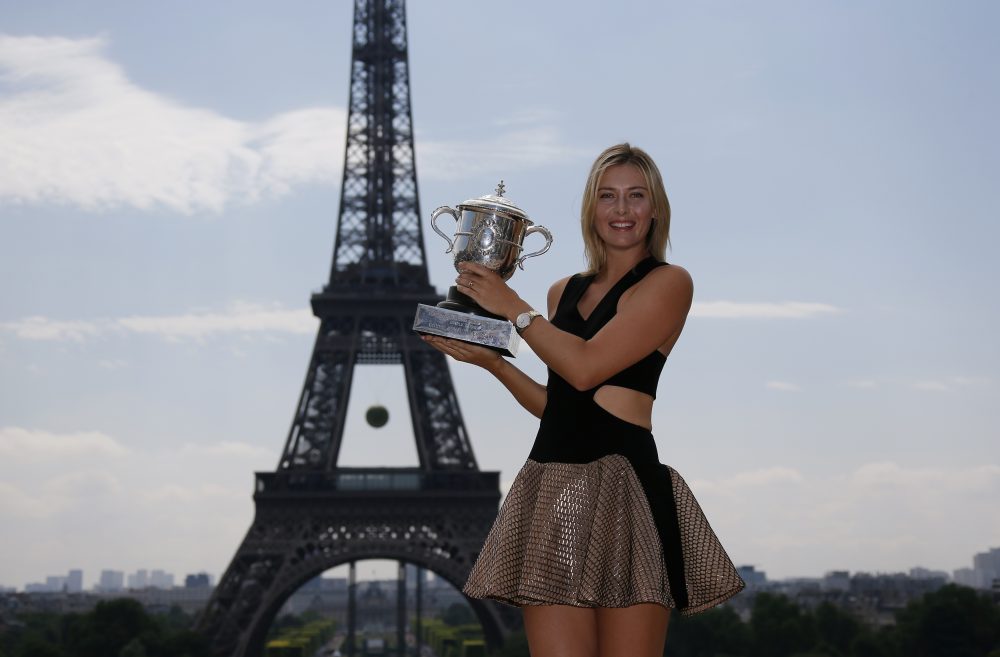 On Wednesday Maria Sharapova announced her immediate retirement from tennis at the age of 32. Her decision comes following recent struggles with injuries that has sidelined her from the tour for weeks. Pulling the curtain on a career that has lasted almost 18 years.

The best way to look at Sharapova’s career is to look at the numbers behind it. Here are 15 things you need to know about the former world No.1 and her legacy in the sport.

1 – her sole WTA Finals title took place back in 2004. She qualified and played at the season-ending event eight times throughout her career and was also runner-up in 2007 and 2012.

3 – number of WTA doubles titles she won between 2003-2004. She claimed two trophies with Thailand’s Tamarine Tanasugarn and one with Maria Kirilenko.

6 – Sharapova is one of six women in the Open Era to have won a career slam. Where a player wins ever major event at least once in their careers. The others are Margaret Court, Chris Evert, Martina Navratilova, Steffi Graf and Serena Williams.

15 – Sharapova was banned from the sport for a total of 15 months due to a failed doping test after testing positive for Meldonium. She was originally issued with a 24-month penalty before an appeal reduced that sentence.

20 – the number of times she lost to Serena on the tour. Overall, they played each other 22 times and Sharapova did at one stage lead their head-to-head 2-1.

21 – weeks spent at world No.1. She has held the top position for a longer period than rivals such as Venus Williams, Ana Ivanovic, Jelena Jankovic, Kim Clijsters and Jennifer Capriati.

98 – number of wins over top 10 opposition. Out of that figure, she has defeated a world No.1 player seven times.

645 – number of singles matches won during her career on the WTA Tour.

2002 – the year she made her WTA debut at the age of 14 in Indian Wells. She defeated world No.302 Brie Rippner in her opening match before falling to Monica Seles.

2020 – At the 2020 Australian Open, Sharapova played her final competitive match after losing in the first round to Donna Vekic.

$38.8 million – Career prize money won. As of this week, only two players have earned more than the 32-year-old is the history of Women’s tennis. Venus Williams’ tally stands at $41.8M and sister Serena is way ahead on $92.7M.

$325 million – What Forbes Magazine estimated to be Sharapova’s total earnings throughout her career. The figure also includes sponsorships and appearance fees. On the WTA Tour only Serena has made more with her earnings believed to be in the region of $350M.

Cameron Norrie spoke about his confidence after reaching the last eight in Atlanta. 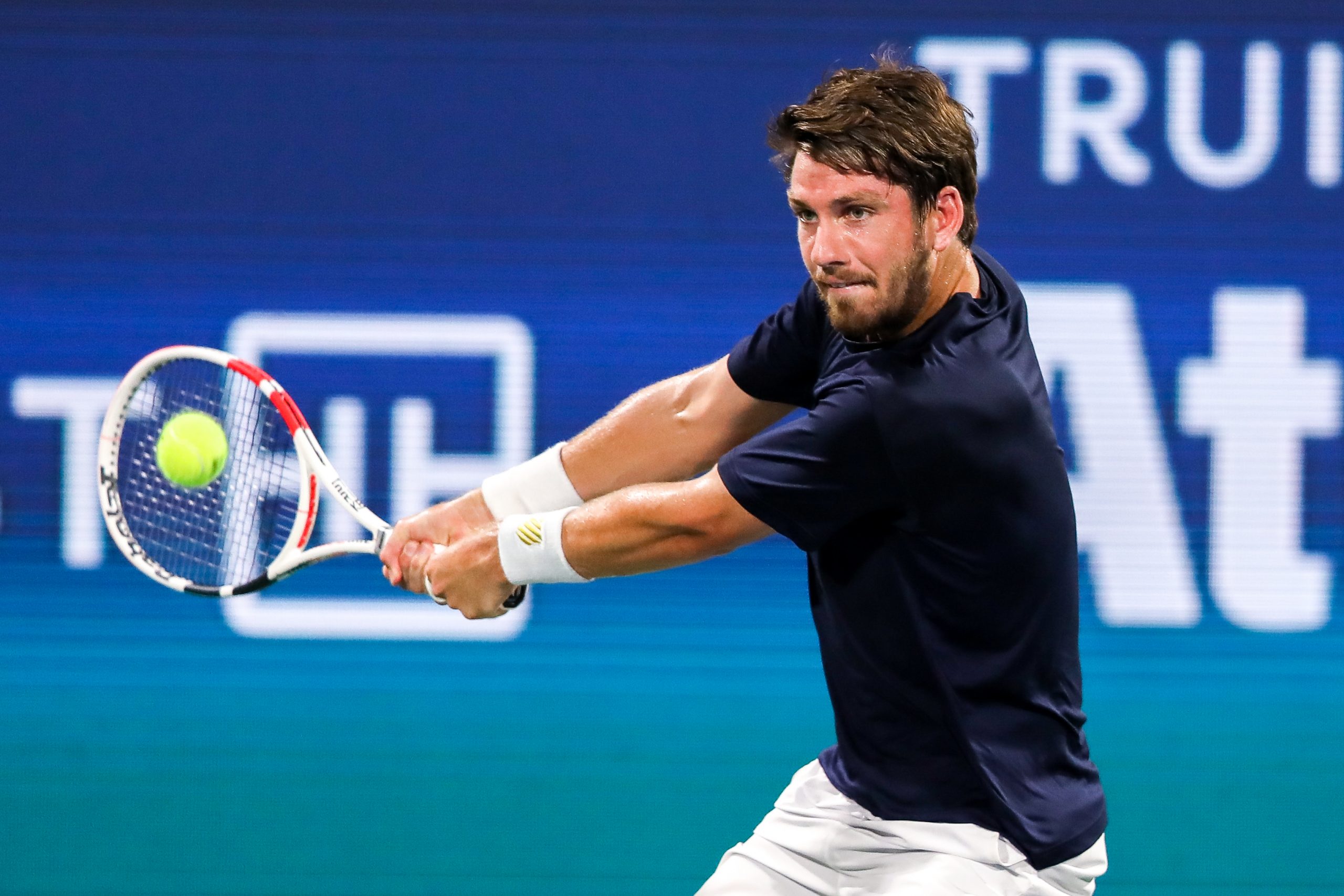 Cameron Norrie is satisfied with his recent performances after reaching the Atlanta quarter-finals.

The in-form Brit extended his winning streak to five matches after defeating Nick Kyrgios in Atlanta.

Norrie eased to victory with a 6-1 6-4 win in a match which saw three breaks of serve from the Brit to make the last eight.

After winning his maiden title in Los Cabos, Norrie now is starting to feel confident in his game.

In his post-match interview the world number 29 insists that he is happy with his level as he continues his great season, “It’s very nice to be back here in Atlanta,” Norrie explained.

“It’s good to have Nick back… really enjoyed the match and really happy with my level. It’s cool to be playing at this level and [I am] happy and satisfied to be getting some wins. I’m enjoying my tennis.”

Next for Norrie will be Emil Ruusuvuori as he looks to continue his momentum and solidify his status as the man to beat in US hard court swing.

While five-time champion John Isner will face Christopher O’Connell in the last eight with the American serving 49 aces in two matches so far. 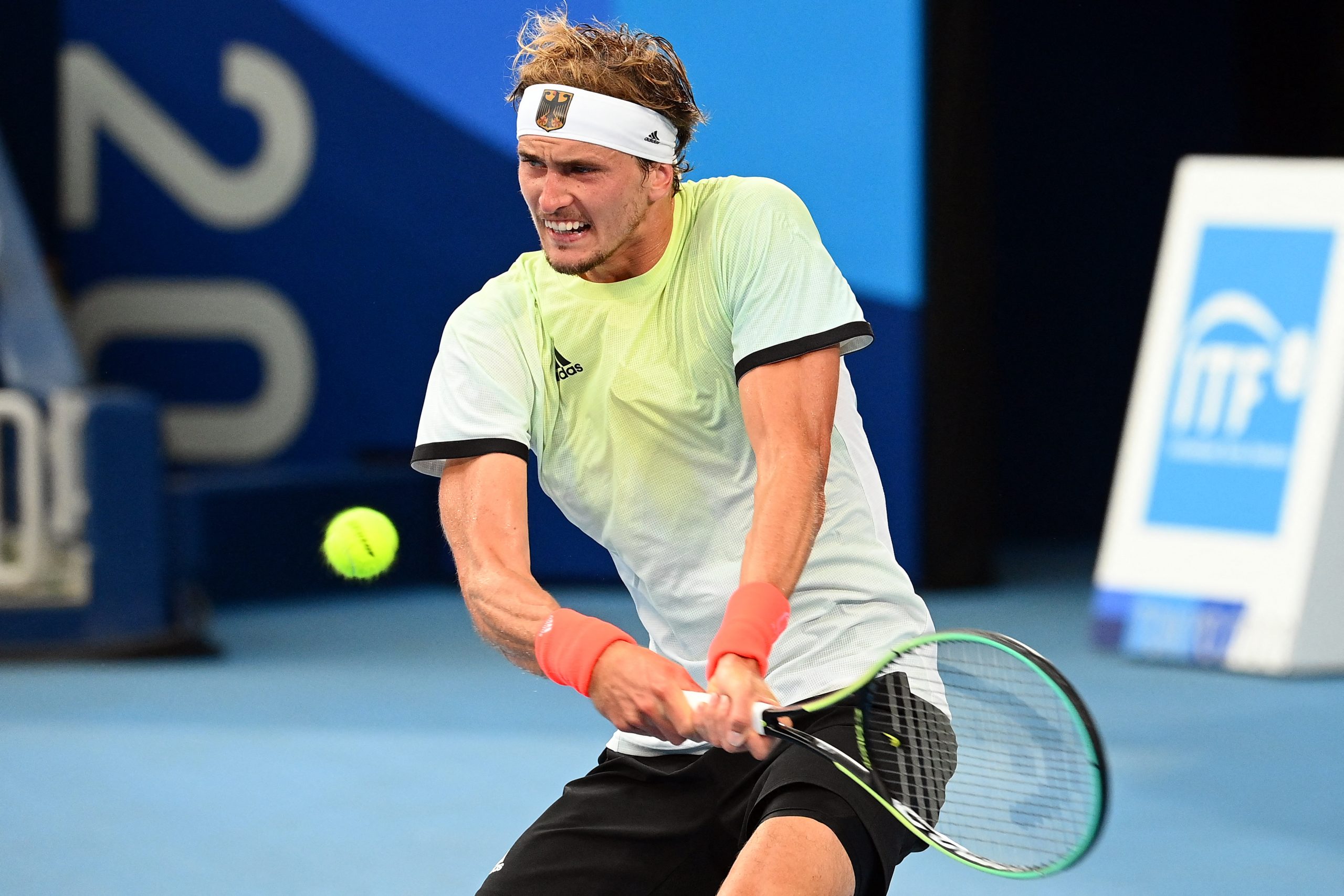 Alexander Zverev has ended Novak Djokovic’s dreams of winning the golden slam after a 1-6 6-3 6-1 victory in Tokyo.

Djokovic will now have to win gold in the mixed doubles if he wants to leave Tokyo with the ultimate prize. As for Zverev he will play Karen Khachanov for the gold medal in the singles.

“I feel sorry for Novak, but he’s won 20 grand slams, 550 masters series or whatever, you can’t have everything,” Zverev told the Olympic News service.
“He’s the greatest player of all time, he will win the most grand slams out of anybody on tour, but I’m also happy that I’m in the final.”

The second set saw the world No.1 get the first break as he looked in command heading into a 3-2 lead. However Zverev provided the perfect response as he broke straight back and sealed four games in a row to force the match into a deciding set.

The Hamburg native carried the momentum into the third and had two breakpoints in the first game which resulted in a break to take an early 1-0 lead but faced some heavy pressure from the world number one the very next game.

The world number five saved three breakpoints before consolidating the break and went up a double break breaking the Serb again with a superb passing shot.

It was one-way traffic from there and the German managed to get one more break of serve to seal the match and the win and set up a gold medal match final with the Russian Karen Khachanov.

“It’s an amazing feeling knowing that you’re going to bring the medal back to your house, back home to Germany. It’s incredible beating the best player in the world undoubtedly right now and in this season,” said Zverev.
“It seemed it was impossible to beat him at this event, so I’m very happy right now. But yet there’s still one match to go.”

Zverev and Khachanov are tied 2-2 in their official head to head and both players will be bringing medals home on Saturday.

As for Djokovic he will play Pablo Carreno Busta in the bronze medal match in singles and still has a chance to win gold in the mixed doubles with Nina Stojanovic.

They face Elena Vesnina and Aslan Karatsev later on Friday in the semi-finals. 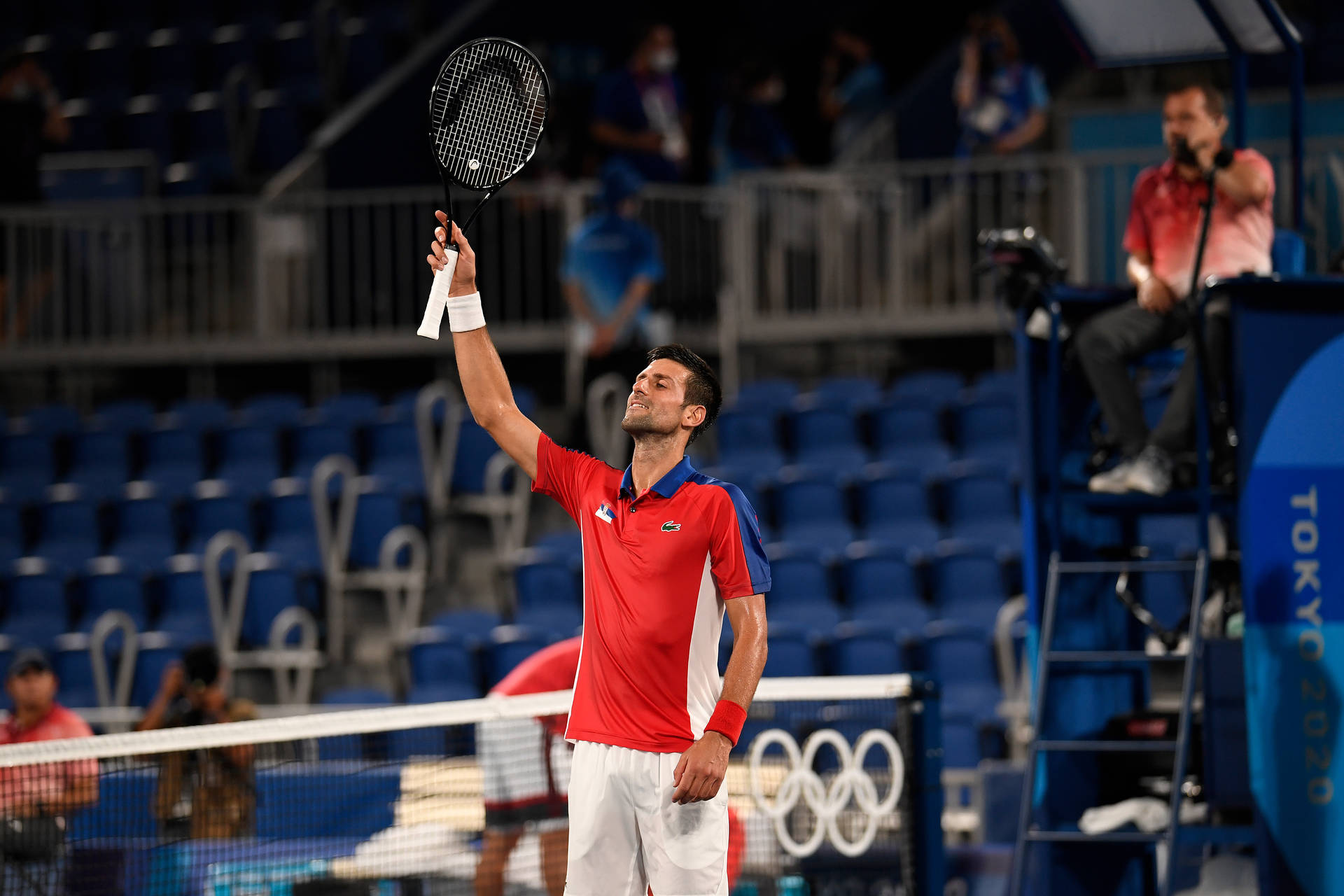 Unfortunately, Novak Djokovic hasn’t had any fans in attendance to share the love with this past week in Tokyo (twitter.com/ITFTennis)

One of the only items missing from Novak Djokovic’s resume is an Olympic gold medal.  But over the course of the next three days, he has a chance to win two.  In the men’s singles semifinals, he faces Sascha Zverev, the remaining player with the best chance of preventing him from standing atop the podium in singles.  The other men’s semifinal sees Spain’s Pablo Carreno Busta face a second consecutive Russian.  On Thursday, he eliminated Daniil Medvedev from medal contention.  On Friday, he takes on recent Wimbledon quarterfinalist Karen Khachanov.

Also on Friday, the men’s doubles medals will be decided, with two teams of Croats facing off for the gold.  And the mixed doubles semifinals will also be played, which include two teams representing the Russian Olympic Committee, as well as Djokovic and fellow world No.1 Ash Barty.

Friday’s play gets underway at 3:00pm local time.  There are possible thunderstorms forecast in the afternoon and evening, though the roof over Centre Court will guarantee uninterrupted play for those scheduled there.

Khachanov has achieved two Major quarterfinals, while Carreno Busta has reached two semis.  However, both players would certainly state this is the biggest match of their careers to date, as it will decide who plays for the gold medal on Sunday.  Pablo leads their head-to-head 3-2, though Khachanov leads 2-1 on hard courts, as two of the Spaniard’s victories came on clay.  Four of their five meetings have been straight-setters, meaning the first set may prove extremely crucial on Friday.  Carreno Busta has advanced considerably more comfortably, requiring only one third set, compared to Khachanov who has been pushed to a third set in three out of four matches.  Pablo has also been the much better player over the past year, and unlike Khachanov, his two best results at Slams have come on this surface.  He possesses a much more consistent game than Karen, who can easily rack up a large amount of unforced errors.  I like Carreno Busta’s chances of prevailing in this semifinal.

Djokovic is 6-2 against Zverev, and 5-1 on hard courts.  Sascha’s two victories have either come on clay or on an indoor hard court.  He defeated Novak in the championship match of the 2018 ATP Finals, the biggest title of his career.  Both men have dominated all competition through four rounds.  Neither has dropped a set, and only Zverev has been pushed to a tiebreak.  Novak has been even more savage, averaging just over two games lost per set.  Through four rounds, Sascha has struck 23 aces and absolutely no double faults, which is notable considering the second serve issues of his recent past.  If he continues to serve like that, he has a legitimate chance to upset Djokovic.  But Novak seems to be completely in the zone, exuding a calm confidence that is unmatched in the sport.  Twice before, he’s reached the semifinals of the Olympics in men’s singles, but is yet to advance to the gold medal match.  That should change on Friday.

Nikola Mektic and Mate Pavic (1) [CRO] vs. Marin Cilic and Ivan Dodig [CRO] – Mektic and Pavic are the heavy gold medal favorites, with 52 wins and eight titles on the year.

Marcus Daniell and Michael Venus [NZL] vs. Austin Krajicek and Tennys Sandgren [USA] – Daniell and Venus are the more accomplished doubles players, though they are not a regular pairing.  The Americans teamed at three events leading up to this tournament.

Anastasia Pavlyuchenkova and Andrey Rublev (4) [ROC] vs. Ash Barty and John Peers [AUS] – The Australians are definitely the better doubles players, but few players are having better seasons than Pavlyuchenkova or Rublev.

Elena Vesnina and Aslan Karatsev [ROC] vs. Nina Stojanovic and Novak Djokovic [SRB] – Vesnina and Karatsev were finalists at this year’s Roland Garros.  The Serbians prevailed convincingly on Thursday, dropping only three games.