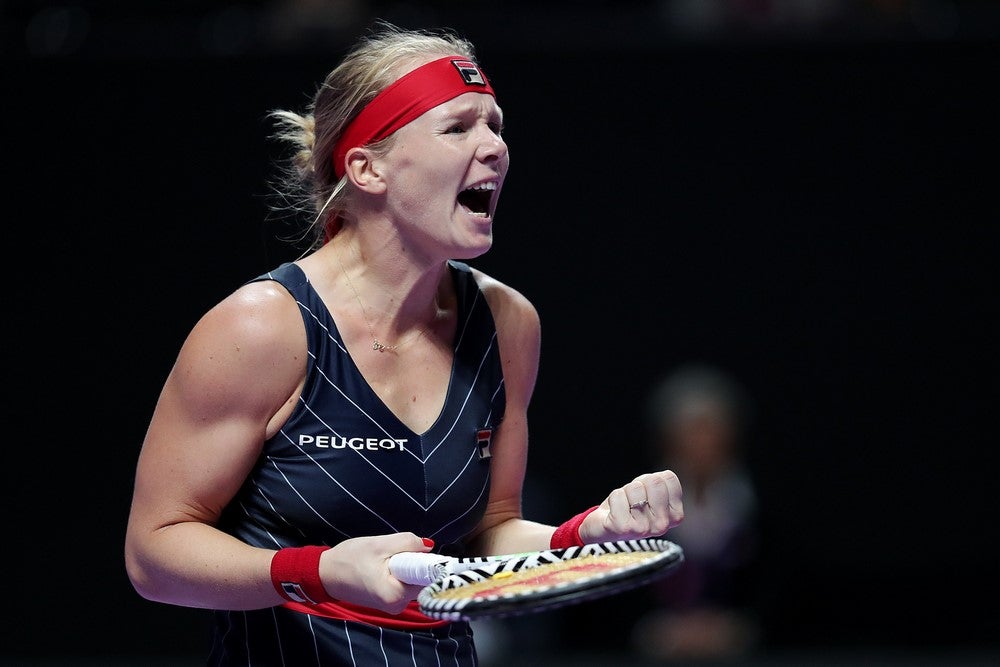 Bertens came back from 2-5 down in the second set and saved three set points. Potapova converted on 3 of her 17 break point chances.

Both Bertens and Potapova traded breaks twice in the first set. Bertens earned the seventh break in the seventh game. Potapova went up a 3-0 lead with an early break at the start of the second set. The young Russian player saved two break-back points in the fifth game, before earning four break points in a seven-deuce game on Bertens’ serve.

Potapova did not convert her break point chance before holding her serve. The Russian teenager did not convert two set points on return in the next game before dropping serve at love.

Bertens fended off another set point in the next point. The Dutch player held serve to stay in the set forcing the match to the tie-break. Bertens won the tie-break 7-3.

“It was a tough battle today. I think she played well especially in the second set. She kept fighting and going for her shots. I think today was not the best tennis from my side, but I managed to win in two sets”,said Bertens.

Number 6 seed Maria Sakkari from Greece came back from one set down to beat Belinda Bencic 2-6 6-4 6-3 Bencic earned an early break in the opening game of the first set after a double fault from Sakkari. The Swiss player went up a double break with a return winner to open up a 4-1 lead. Bencic saved two break points in the sixth game.

Sakkari saved a set point at 5-1 forcing Bencic to serve for the set. Bencic rallied from 0-30 down to hold serve.

Bencic got an early break at 2-1 in the second set. In the next game Sakkari earned two break points with two crosscourt passing winners. The young Greek player converted her second chance, as Bencic hit a backhand error into the net.

Sakkari earned two set points after a wide forehand from Bencic at 5-4 and converted her second set point, as Bencic misfired her backhand into the net.

Both players traded breaks in the first two games of the third set. Sakkari earned a break in the eighth game to open up a 5-3 lead after Bencic netted a forehand on break point.

Bencic saved two match points, as Sakkari was serving for the match. The Greek rising star sealed the win on her third match point after a long backhand from Bencic. 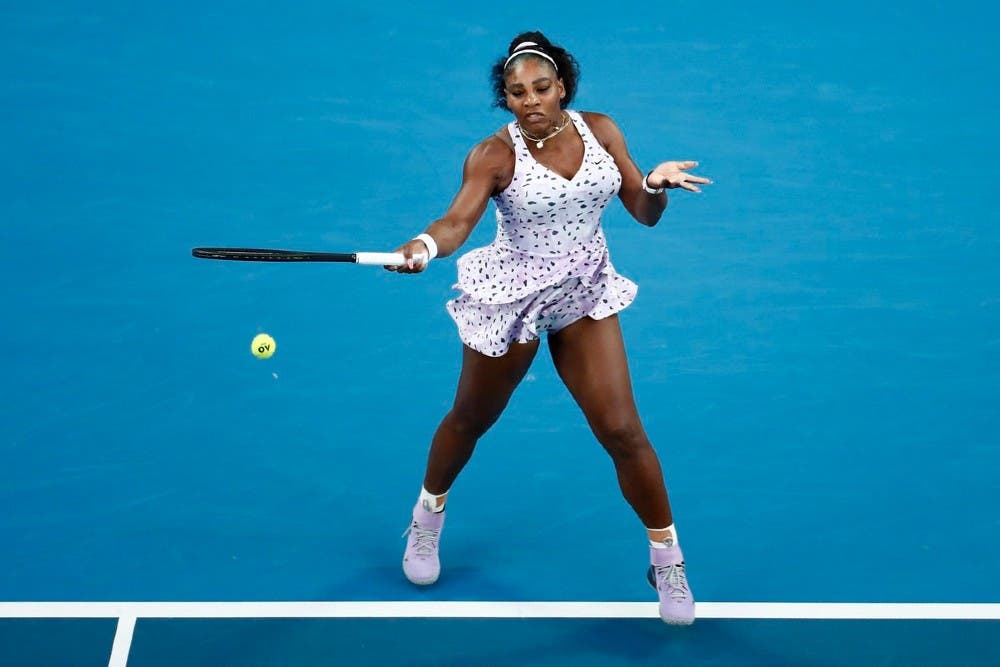 Former world number 1 and 23-time Grand Slam champion Serena Williams rallied from one set down to beat her compatriot Bernarda Pera 4-6 6-4 6-1 to reach the second round at the inaugual edition of the Top Seed Open in Lexington (Kentucky).

Williams was playing her first match since the Fed Cyp tie where she helped lead the United States to a Fed Cup win over Latvia.

Croatian-born player Pera broke into the top 100 for the first time in 2018, when she reached the third round at the Australian Open and scored her first win over a top 10 when she beat Joanna Konta. She reached three semifinals in Prague, Lausanne and Juurmala, where she beat former French Open champion Jelena Ostapenko in the first round.

In the opening set Pera earned a break in the fifth game and saved two break points on her serve. Pera converted her first set ooprtunity with a forehand winner.

Williams rallied from 0-40 down at the start of the second set and opened up a 3-1 lead with a break before Pera broke back to draw level to 3-3. When she was down 0-40 at 4-4 Williams saved four break points that would have helped Pera serve for the match.

Williams earned two set points on Pera’s serve and converted her second chance with a forehand. Williams broke serve at the start of the third set to take a 3-1 lead and fended off two break points in the next game. Williams rallied from 0-40 down by winning the final nine points to claim the win.

“It was a really calm atmosphere, really chill. I can’t say I disliked it. It was different. I have been through so many things in my career. I think I won today because I was calm for once, so that was really helpful”, said Serena Williams after the match.

Serena set up a clash against her sister Venus, who beat Victoria Azarenka 6-3 6-2. Serena holds a 18-12 head-to-head lead over Venus.

Both players held serve in the first four games. She hit an ace to hold serve for 3-2 before earning three break points. The US player converted her first chance to take a 4-2 lead after a double fault from Azarenka. Williams served for the set at 5-3. Azarenka earned a chance to get back on serve as Williams netted a forehand error at 30-30. Williams saved it and earned a set point.

Azarenka made a double fault in the first game of the second set to face a break point. Williams got a double break to open up a 3-0 lead. Azarenka got her first game at 4-1. Williams pulled away to 5-1 with her solid serve. Azarenka held serve for 2-5. In the next game Williams earned her first match point and sealed the win with a lob winner.