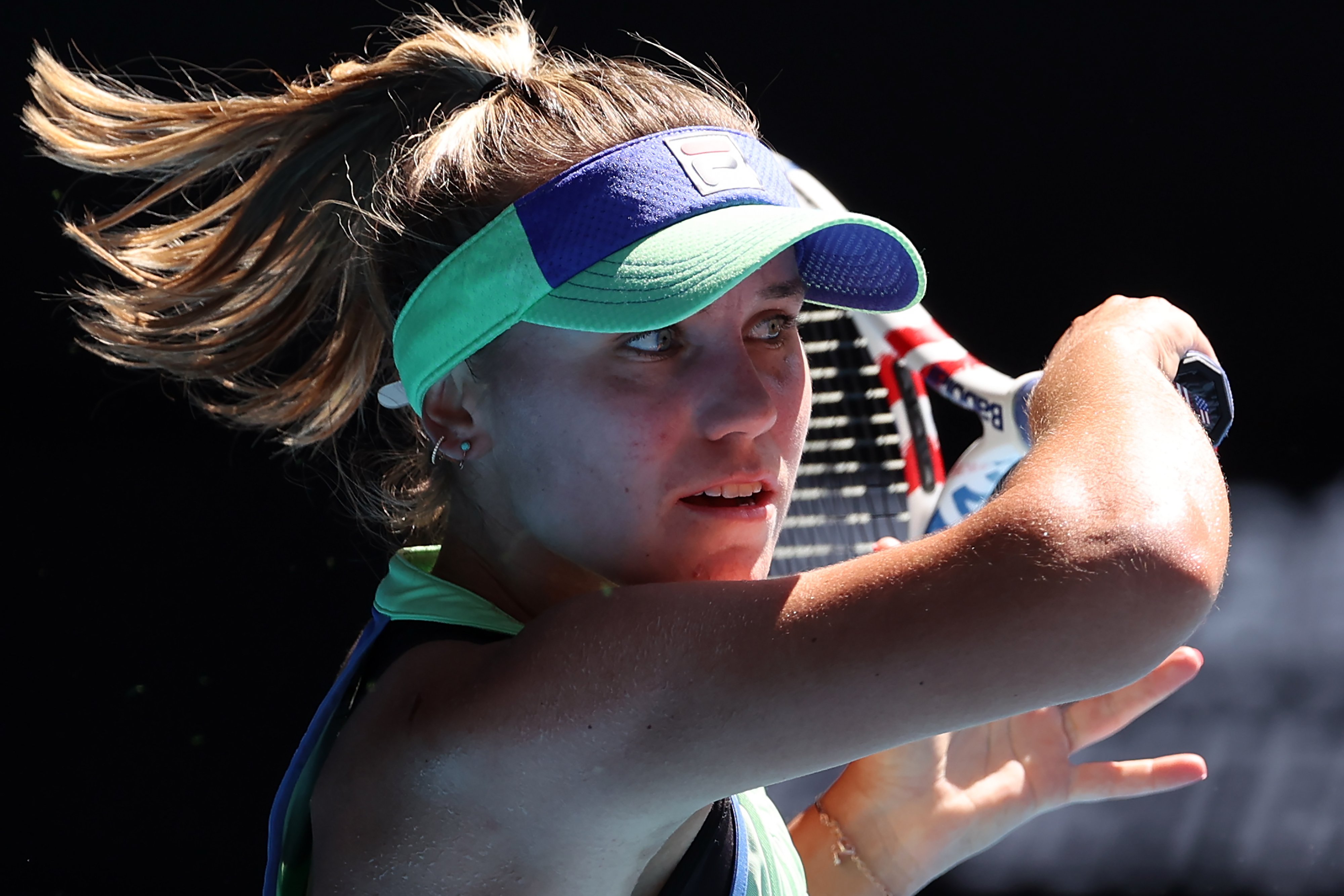 The American reached her maiden grand slam final as she forced the errors out of an erratic Barty in the straight sets win.

After being a break down in the second set, Kenin won four straight games as she booked a place in Saturday’s final in Melbourne.

Next Kenin will face either Simona Halep or Garbine Muguruza.

Barty, who was looking for revenge having lost in Toronto to the American, had a promising start producing a serving masterclass with six aces in her opening three service games.

However the slice backhand was a feature that was missing from the Australian’s game all match as she could not convert any of her three break point opportunities in the sixth game.

As for Kenin she remained confident and solid off of both wings but failed to create any clear-cut opportunities as the opening set went to an opening set tiebreak.

The world number one dominated most of the tiebreak with some fearless striking and simple combinations before getting tight at 6-4 up.

It was completely the opposite from the 14th seed as she sealed a run of four consecutive points to seal the opening set.

In the second set there was cleaner striking and less unforced errors from the backhand as the world number one claimed the first break of the match for a 2-1 lead.

Frustration began to mount for Kenin as she couldn’t aggressively outpower the subtle Barty who glided across the court with her slices and variety.

However as the Roland Garros champion failed to break for the set, nerves took over as she couldn’t serve the set out and a missed forehand volley sealed the break back for 5-5.

Clear mistakes mixed with poor decision making cost the Australian as she nodded her head in frustration but with that Kenin’s confidence grew.

Despite having four set points in both sets combined, the Barty Party was spoiled as Kenin broke for a second consecutive time to seal her place in a grand slam final for the first time in her career.

Clutch Kenin@SofiaKenin collects a 7-6(6) 7-5 win over world No. 1 Barty to reach her first Grand Slam final and become the youngest Melbourne finalist since 2008.#AO2020 | #AusOpen pic.twitter.com/vPxrtFzgZU

This achievement caps off what has been an amazing rise for the 21 year-old in the last 12 months as she looks for a first grand slam title.

As for Barty, it is a massive opportunity lost as she knows how much she lost that match as well as Kenin won it. Too many errors in key moments cost her a spot in Australian history, but more chances will await the world number one.

The American will now await Simona Halep or Garbine Muguruza in the final.