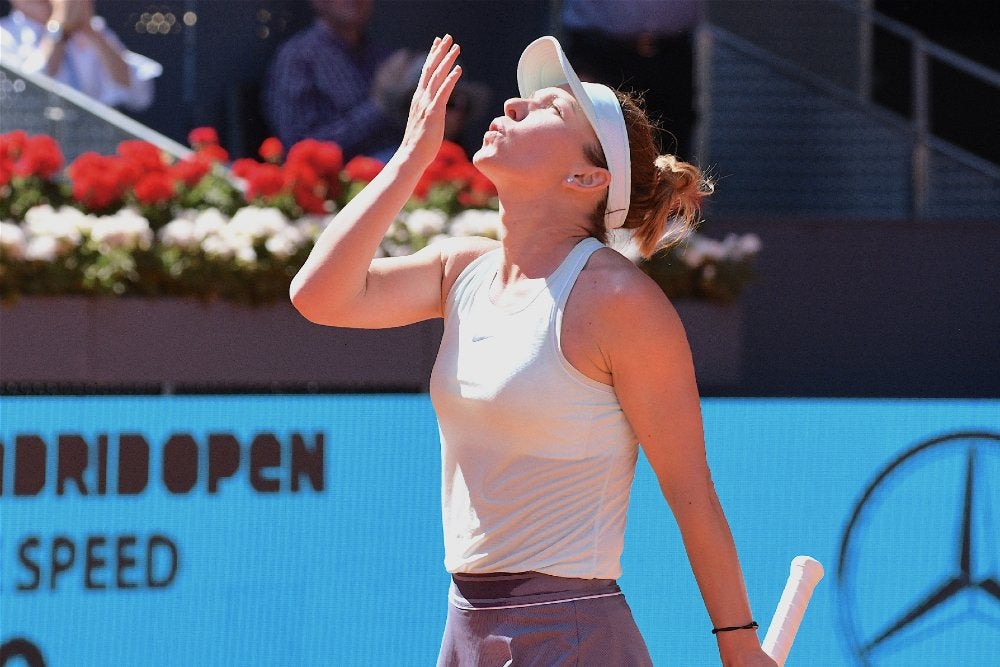 Halep beat 23-time Grand Slam champion Serena Williams in the Wimbledon final clinching her second Grand Slam title one year after her triumph at Roland Garros. The former world number 1 player ended 2019 with the longest active streak of weeks ranked inside the top 10. The Romanian player followed in the footsteps of Agnieszka Radwanska, who won the WTA Fan Favourite poll six times.

Swiatek lost to Halep in the fourth round at Roland Garros last June. The young Pole reached the final in Lugano and reached a career-high of world number 49.

The British tennis sensation says she is ready to deal with whatever happens in the coming weeks. 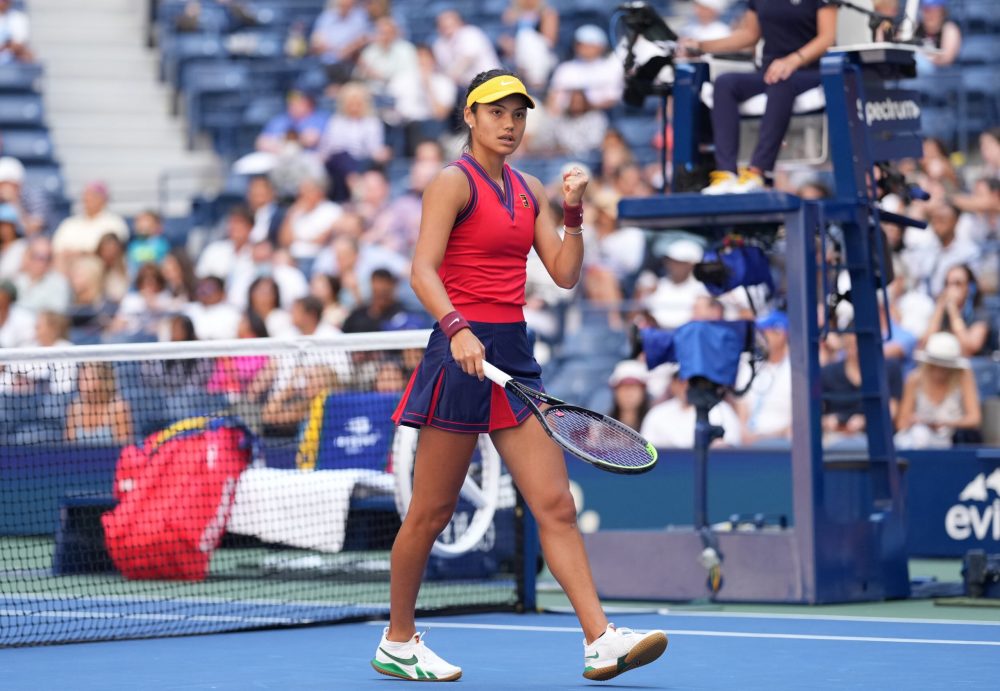 Emma Raducanu says it will be nice for her to close a chapter in her career when she returns to the US Open later this month to defend her title.

The 19-year-old stunned the tennis world last year in New York when she won 10 matches in a row without dropping a set en route to claiming her maiden major title. Becoming the first qualifier in history to win the title in what was only her second appearance in the main draw of a Grand Slam. The triumph elevated her from a ranking position of 150th to 23rd. Since then, she has peaked at a career-high of 10th which is her current position.

Faced with a surge in media attention and endorsements, Raducanu has found it tough going on the Tour in recent months. She is yet to reach the final of another tournament and has won 11 out of 24 matches played on the WTA Tour so far this season. Reaching the quarter-finals of tournaments in Stuttgart and Washington.

Besides her lacklustre results, the Brit has also had to contend with a series of physical issues which has hindered her. Despite those setbacks, Raducanu insists that she isn’t feeling the pressure heading into the US Open.

“Pressure is either what I put on myself or what I expect from myself, I think that is the biggest thing which determines how you deal with it,” she explains during an interview with Sky Sports.
“I only feel the pressure or think about it whenever I’m in my press conference because every single question is about pressure. So the only pressure is from you guys really (the media).”

2022 is the first full season the youngster has played on the WTA Tour after making her debut last summer on the grass. Still getting to grips with various aspects of life as a professional tennis player, she has also undergone various stints with numerous coaches. Including Angelique Kerber’s former mentor Torben Beltz and more recently Dimitry Tursunov.

Suffering second round defeats at her past three major events, Raducanu is well aware that another early exit at the US Open could result in a big drop in the rankings. As the reigning champion, she will be defending 2000 points.

“I love New York as a place, as a tournament and as a city. I love everything about it so I’m looking forward to going back and whatever happens, I think it’s going to be a nice close to a chapter,” said Raducanu.
“Regardless of whatever the result is, I can just start again with a clean slate. If all my points drop off then I will work my way back up. I think regardless of what happens it will be a fresh start.”

Raducanu is the ninth seed at this week’s National Bank Open in Toronto. A WTA 1000 event that features every member of the world’s top 10. She will begin her campaign against Italy’s Camila Giorgi. Should Raducanu reach the final she would be the first British woman to do so since Virginia Wade in 1972.

The world No.1 is refusing to get ahead of herself going into the US Open.

Iga Swiatek says her focus is on the present and not the past as she makes her final preparations ahead of the North American hardcourt swing.

The two-time French Open champion dominated the women’s Tour earlier this season with a remarkable 37-match winning streak that saw her win six titles in a row. Becoming the first woman to record that many consecutive wins since Martina Hingis did so back in 1997. In total, she was unbeaten for 135 days during a period where she topped the world ranking for the first time following Ash Barty’s retirement from the sport.

However, in recent weeks things haven’t gone entirely smoothly for the Pole who was knocked out in the third round at Wimbledon by Alize Cornet. Then on home territory at the Warsaw Open, she fell in the quarter-finals to Caroline Garcia who went on to claim the title.

Swiatek will be hoping to regain some momentum at the National Bank Open in Toronto which will get underway on Monday. It will be only her second appearance at the tournament and her first since 2019 when as a qualifier she stunned Caroline Wozniacki before falling to Naomi Osaka.

“I know there are many players who did even more, but I’m pretty proud of what I did in the first part of the season,” Swiatek told reporters on Saturday. “I hope this gives me some freedom to play freely because I don’t have to prove anything. On the other hand, it can also pressure me, so I’m just trying not to think about what happened but prepare for what’s coming.”

Despite her recent blips on the Tour, Swiatek will be the favourite to triumph in Toronto. She has won every WTA 1000 tournament which has taken place so far this year. In total she has played 51 matches in 2022, winning 46 of them.

Despite the success, the 21-year-old is keen to improve her game even further. She is currentl;y coached by Tomasz Wiktorowski who has previously worked with Agnieszka Radwanska.

“I just hope I’m not going to be only focused on winning, winning, winning because I want to also improve some stuff in my game,” Swiatek explains. “We had time to practice a little bit more after Roland Garros and after Wimbledon. So I hope that I’ll implement those things.”

In her draw, Swiatek will face either Shelby Rogers or Veronika Kudermetova in her opening match. Rogers is currently playing at the Silicon Valley Classic and has reached the final. Then she could play Leylah Fernandez in the next round. Also in her section of the draw are Naomi Osaka, Serena Williams, Victoria Azarenka and Garbine Mugurza. All of which are potential quarter-final opponents. 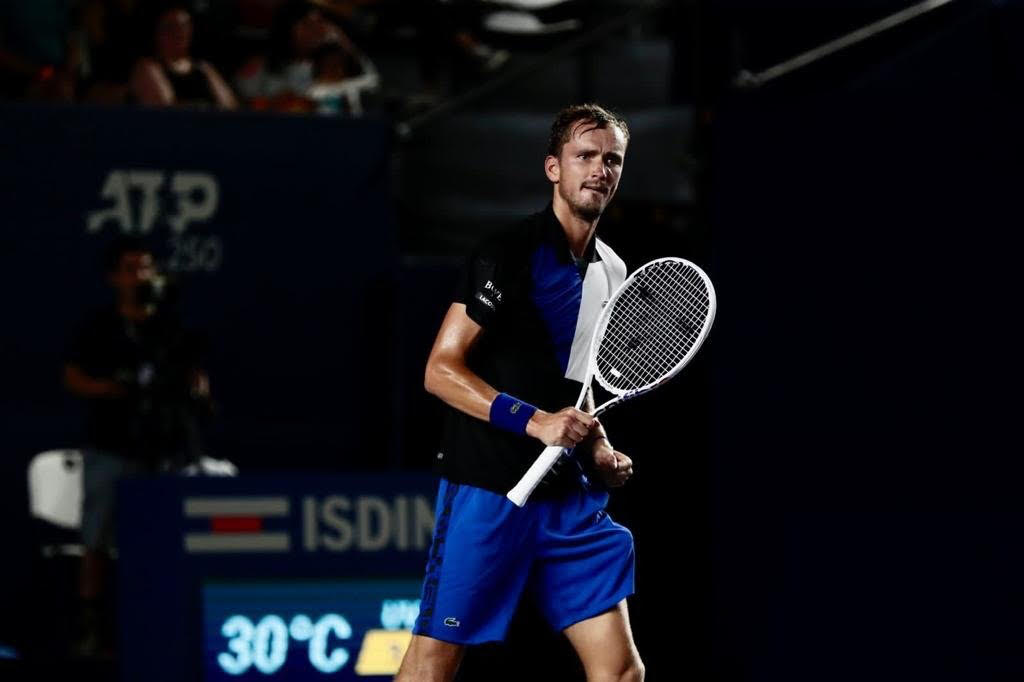 The Brit will look to defend his title against the world number and Russian who also won his semi-final match.

This is Elias Laradi reporting live from the Abierto de Tenis Mifel in Los Cabos, Mexico.

It was semifinals day with the world number one facing the number four seed and Serbian Miomir Kecmanovic.

A slow but great recovery from the Russian

Danil Medvedev found himself down an early break in the first set against the Serbian Miomir Kecmanovic but managed to get the break back and force a first-set tiebreaker.

He ended up winning seven points right off the trot, took the first set, and cruised for a 7-6, 6-1 win in one hour and 26 minutes, serving 12 aces and winning 83% of his points off his first serve.

After his match, he spoke about why he felt comfortable in his first time to Los Cabos.

“I like to play on hard court but I honestly think the court is a bit too slow for my liking but it can’t be perfect conditions every week and the match was a very high level and I served better in the first set and tomorrow the key will be to keep this high level”.

It took Cameron Norrie five attempts against the Canadian Felix Auger Aliassime before he could get his first win against the world number nine.

It took three sets and two hours and 19 minutes for the number three seed to post a 6-4, 3-6, 6-3 win. The first set stayed on serve until the Brit got the early break at 4-2 and from there served out the first set.

The second set is where the Montreal native started to fight back getting an early break this time to take a 2-0 lead but the number three seed broke right back and leveled the set at 2-2.

At 4-3, the Canadian had another opportunity to get the crucial break and serve out the second set to force a third and he did just that. With the Mexican crowd backing the defending champion he got the crucial break in the third set.

He went on to serve out the match and send the Canadian packing and in his post-match press conference gave credit to his opponent.

“Felix got the better of me the last four meetings so today I wanted the win more than usual and I started great and I was able to finish well and got to sneak in a break early in the third and It felt really good to get through that one.”

Medvedev currently leads their head-to-head 1-0 with their only meeting being played back in 2019 in Shanghai with the current world number one winning easily 6-3, 6-1.