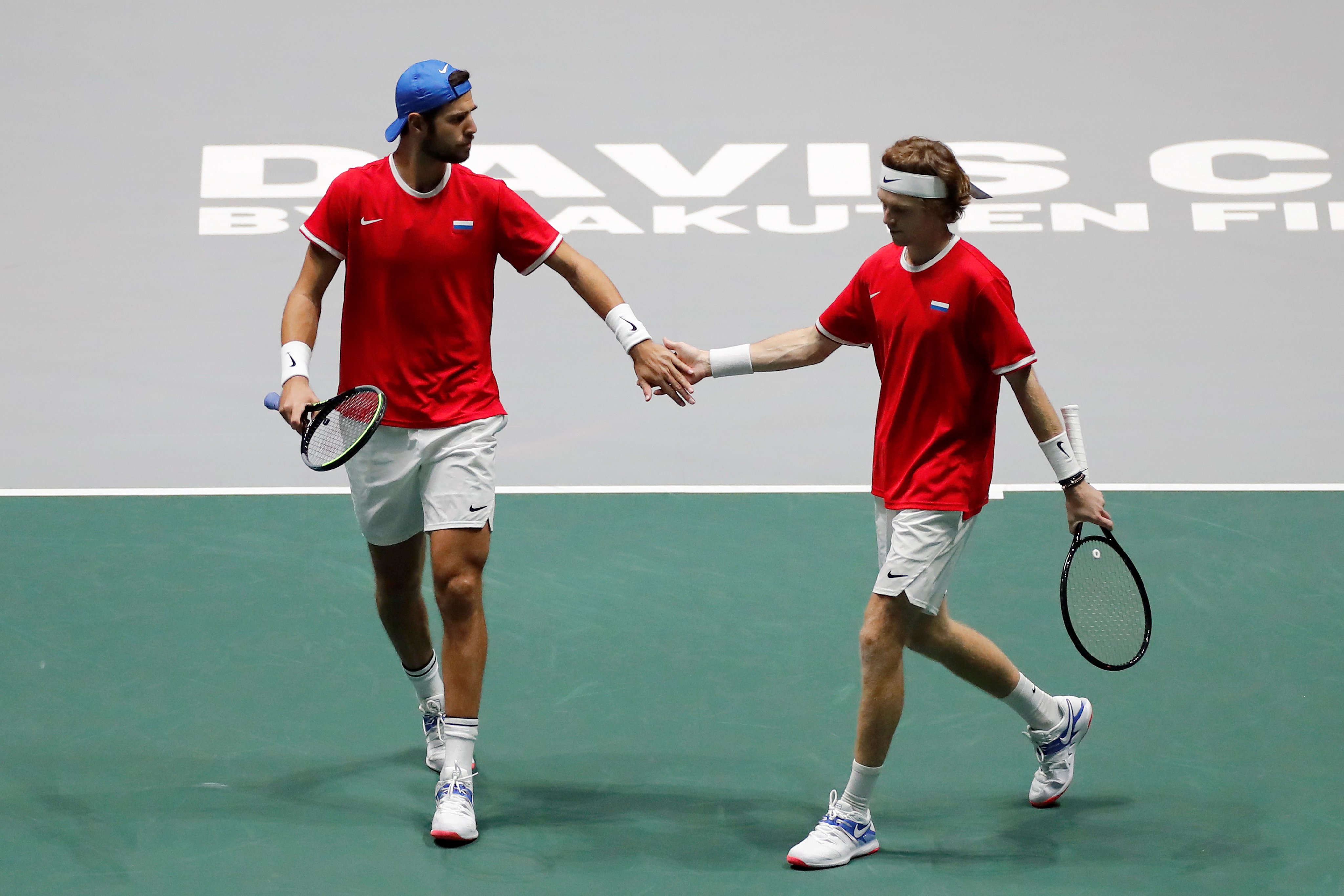 Russia edged past Serbia 6-4 4-6 7-6(8) in a doubles thriller to set up a semi-final meeting with Canada at the Davis Cup Finals.

The day started with two comfortable victories in singles for Andrey Rublev and Novak Djokovic as the second quarter-final was forced into a decisive doubles rubber.

Rublev gave Russia the lead after a 52 minute demolition job of Filip Krajinovic 6-1 6-2 in a match where he served 13 aces.

However Serbia struck back as world number two Novak Djokovic produced a 6-3 6-3 victory over Karen Khachanov to keep the Serbs alive.

As a result the doubles would see who would make the last four as Novak Djokovic and Viktor Troicki took on Karen Khachanov and Andrey Rublev.

The Russians were the favourites for the match having reached the final recently at the Masters 1000 event in Paris and it was clear to see why.

Some costly errors from Troicki in particular saw Khachanov and Rublev recover from 3-1 down to seal a run of four games in a row.

Although Djokovic was holding his own, the lack of doubles chemistry between the Serbs saw the Russians deal the crucial blow to take set one 6-4.

In recent days, the Davis Cup Finals has been criticised for its lack of passion or atmosphere but this contest had a lot of drama in it.

Especially with Viktor Troicki aggressively demonstrating to the umpire over a few incorrect calls, with one costing Russia a crucial break.

Not only this but Djokovic was starting to struggle with the same arm injury that haunted him at the ATP Finals last week.

Even though the Russians pulled the break back, the Djokovic returns were causing the Russians problems as they looked to break for the set.

Both teams showed great nerve throughout the majority of the deciding set with the Russians being denied the break in the fifth game.

As the final set went to a tiebreak, Russia had the mini-break on two occasions but were denied on both occasions by some good doubles play by Djokovic.

Three match points were created by the Serbians to reach the semi-finals but Viktor Troicki couldn’t hold his mental edge.

Eventually it was the craft and power of the Russians who sealed the tie 10-8 in the deciding tiebreak as they booked a place in the last four.

It wasn’t to be for Novak Djokovic and Serbia, who are denied a dream final with Spain and Rafael Nadal in the final match.

As for Russia they now move into the last four, where they will play Canada tomorrow morning and have secured their place in next year’s Davis Cup Finals.