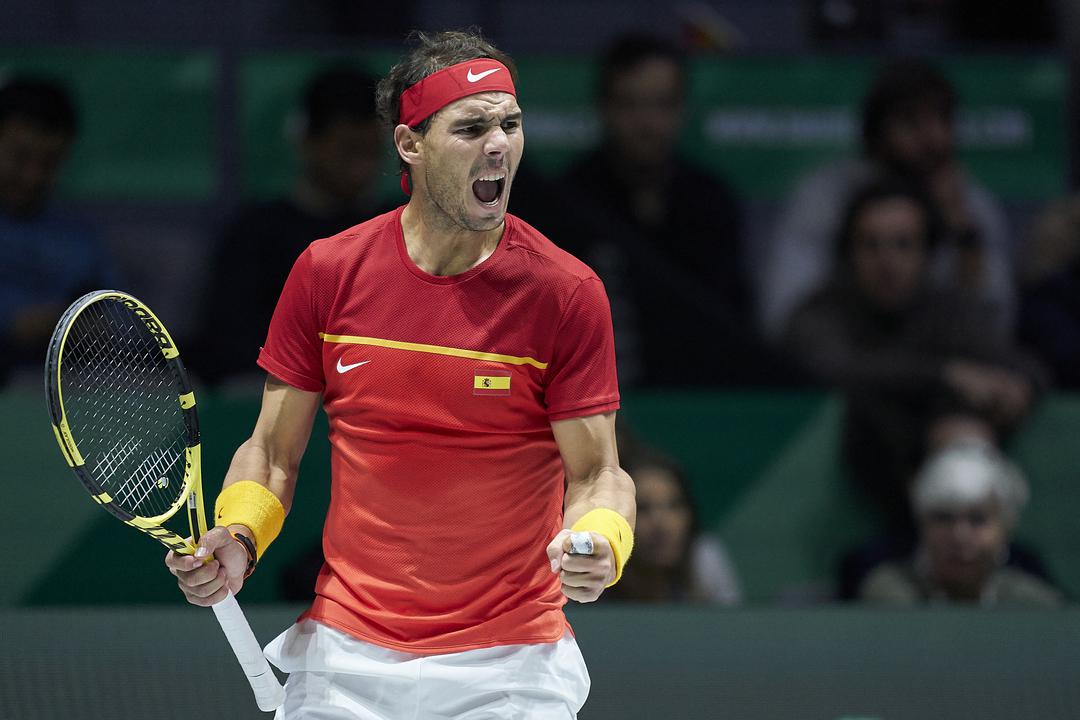 World No.1 Rafael Nadal has clinched the Davis Cup title for Spain after defeating Denis Shapovalov in straight sets to give his country an unassailable lead in their clash against Canada.

Nadal, who hasn’t lost a match throughout the entire week in Madrid, overcame some spirited play from across the court to prevail 6-3, 7-6(7). Sealing the trophy for his country for the first time since 2011.

During his clash with Shapovalov, the 16-time grand slam champion broke once during the opening set, but was tested thoroughly in the second. Fighting his way through some lengthy service games with one of those lasting almost 10 minutes.

It would be a dramatic tiebreaker where he sealed the victory. It looked as if Nadal would be strolling to the win after hitting an ace to claim two match points at 6-4. However, both of those were saved by forehand winners from Shapovalov who drew level once again.  It would be third time lucky for Nadal after a shot from across the court slammed into the net. Prompting him to drop to the ground in tears of joy.

“I could not be happier. It has been an unforgettable moment in this amazing stadium (Caja Magica).” Said Nadal.
“Our team spirit prevailed. We fought hard.” He added.

The Spanish team got off to a solid start in the tie thanks to Roberto Bautista Agut’s admirable return to the competition. 31-year-old Agut left the event half-way through the week due to his seriously ill father who sadly passed away. However, he came back to Madrid and got the hosts their first point after disposing of an error-stricken Felix Auger-Aliassime 7-6(3), 6-3. The 19-year-old, who was playing his first match in the seven-day competition, committed 45 unforced errors.

“It was a very special feeling on the court,” Agut told Eurosport after.
“I just could go out and try my best, give my best.
“I am very happy I could win the first point for Spain.” 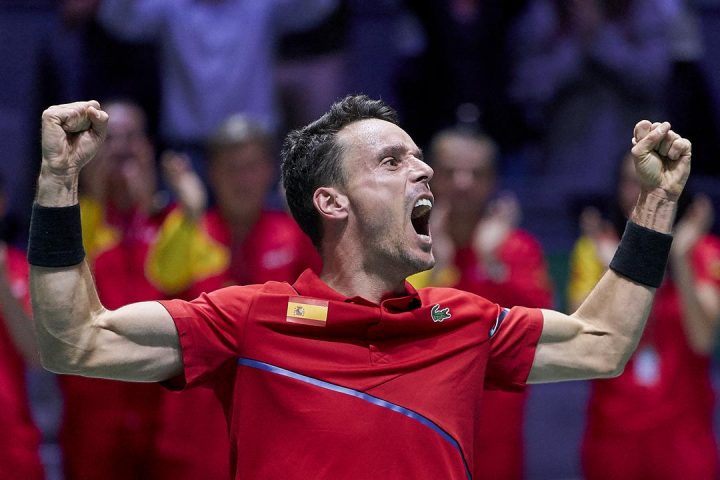 The Spanish team were unbeaten on home soil this week. Scoring wins over Russia, Croatia, Argentina and Great Britain. Making them the first ever winners of the revamped Davis Cup, which featured a total of 18 teams in finale.

“It has been an amazing week. There have been a lot of things we went through.” Nadal reflected.
“The father of Roberto passed away, Marcel (Granollers) yesterday was stiff with his lower back and Pablo (Carreno-Busta) getting injured in the singles. A lot of things happened.”

Nadal’s commitment to the competition has been hailed by captain Sergi Bruguera. Who described the world No.1 as being ‘out of this world.’ He has played in eight matches with five of those being in the singles competition. Overall, he dropped only one set in his doubles match against Russia.

“Rafa, I don’t know if he is out of this world.” Said Bruguera.
“Throughout this week I don’t think there was one day we went to sleep before 3am. One day, I think it was Friday, he went to sleep at 5:10am and then he was playing singles and doubles again (the next day).”

Although Nadal was a key figure in the triumph, it wasn’t just him that guided his country to victory. It is the sixth time in History Spain has won the event. Historically, there are now ten Spanish men who have won a match in a Davis Cup final.

“The truth is when you have this kind of moment it is difficult to describe in words because there are so many feelings. So many emotions I have never felt before.” Their captain explained.
“I have no words for this. Roberto was at his father’s funeral yesterday and now he was here (in Madrid) giving everything.’
“The mentality, spirit and concentration of the team I have no idea how to describe.”

Spain has a chance to defend their title on home soil next year with Madrid being the chosen host of the 2020 finals. 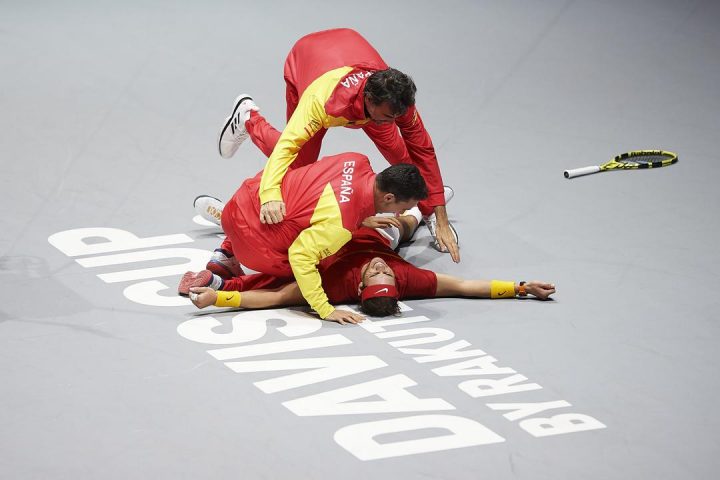 Roberto Bautista Agut: ‘My Father Would Have Given Me An Earful If I Had Stayed At Home’