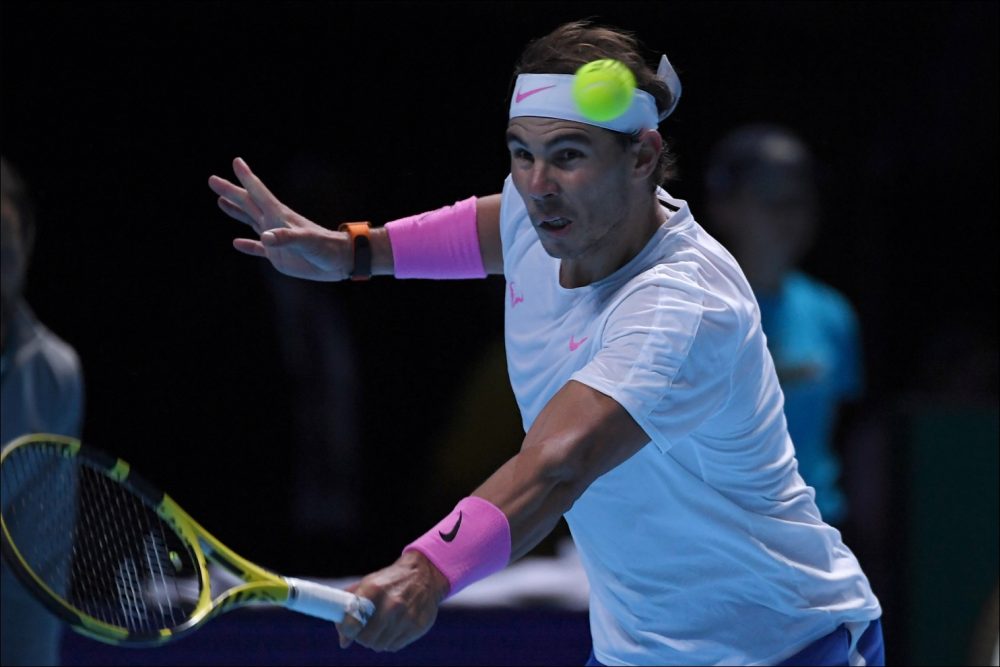 LONDON: Rafael Nadal’s future fate in this year’s ATP Finals is up to one of his rivals in the competition after he closed out his round-robin campaign with an epic win over Stefanos Tsitsipas.

Nadal, who secured the year-end No.1 spot yesterday, fought from behind to record a roller-coaster 6-7(4), 6-4, 7-5, win at The O2 Arena. Spending almost three hours on the court to avoid suffering multiple losses in the group stage of the tournament for the first time since 2011. Throughout the Monmouth battle, he hit six aces along 38 winners without facing a single break point in the entire match.

“I did all the things I could do today,” Nadal said afterward on the court. “I fought until the end. If I am able to play in front of you (the crowd) tomorrow against Roger it would be a huge honor.’
“If not, I hope to see you next year.” He added.

The London showdown was a clash of two different scenarios. Nadal knew that he had to win the match to even have a chance of progressing to the semi-finals of the tournament for the first time since 2015. In contrast, Tsitsipas had the luxury of knowing that regardless of how he performs he is through to the last four no matter what.

Despite the stakes being significantly higher for Nadal, Tsitsipas was not set on taking it easy. The opening set saw both players stan firm behind their service games as neither refused to buckle. Nadal’s attacking play was muzzled by Tsitsipas’ defensive capabilities. Creating a level playing ground between the two despite the world No.1 winning four out of their five previous meetings.

49 minutes passed with no break point opportunities occurring in Nadal’s must-win encounter. Paving way for a tiebreak where ironically the difficulty for both men was trying to hold their serve. Exchanging mini breaks between each other twice, it would be Tsitsipas who scored a decisive blow. A Nadal backhand into the net followed by another shot going beyond the baseline moved the Greek to his first set point. Cheered on by a huge roar from the London crowd, he clinched the lead with the help of a 134 mph ace.

Nadal would once again need to draw upon his warrior-like fighting spirit to turn his fortunes around. Emulating his heroics against Daniil Medvedev two days ago. Bursts of frustration from the 33-year-old erupted throughout the second set as he got within a point of breaking Tsitsipas on multiple occasions, but failed to do so. Despite his shortfalls, the breakthrough finally occurred during the business end. At 4-4, two games away from defeat, he wore down Tsitsipas’ serve to move ahead 5-4. Prompting an emphatic fist pump from the Spaniard as he took proceedings into a decider. 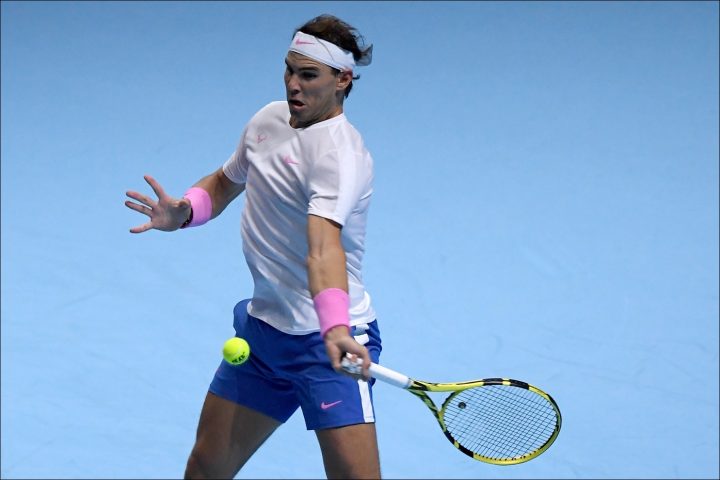 With all to play for, Nadal maintained a high level of intensity in his shot-making as the titanic clash continued. Electrifying the crowd in what was one of the best matches of this year’s tournament. The final set once again featured little disparity between the two, but it would be Nadal who would prevail. At 5-5 in the decider, an unsuccessful approach at the net from Tsitsipas resulted in the top seed breaking. Triggering jubilation among the Nadal contingent in the crowd. Serving for the win, he sealed it at the expense of another mistake from his rival. This time it was a shot into the net from the Greek.

Moments after his thrilling triumph, Nadal was presented with the year-end No.1 trophy for the fifth time in his career. Making it a double celebration.

“I am super happy. Honestly, after all the things I went through in my career in terms of injury, I never thought at the age of 33-and-a-half I would have this trophy in my hands again.” Said Nadal.

The chances of the world No.1 being in the semi-finals now lies in the hands of Medvedev. The Russian must defeat Alexander Zverev in his match later tonight. If he doesn’t, Nadal will be eliminated from the competition. Meanwhile, Tsitsipas must wait to see if he finishes first or second in the group. If Nadal does qualify, he will play Federer next.

Regardless of if he makes it or not, Nadal has paid tribute to those close to him during what has been a mixed season. Besides his two Masters 1000 and two Grand Slam titles in 2019, he has also been affected by various injury setbacks. The ATP Finals is the first event he has been able to complete since the US Open in September.

“It’s really emotional. There has been a lot of work to get me where I am today. Without my team and family this thing would have been impossible.” He reflected.
“There have been some bad moments and you have always been there. Before Monte Carlo, after Monte Carlo, without the support of these people, things would have been much different for me this year. I can’t thank them enough.”

Not Like Winning A Slam – What The Year-End No.1 Spot Means To Rafael Nadal