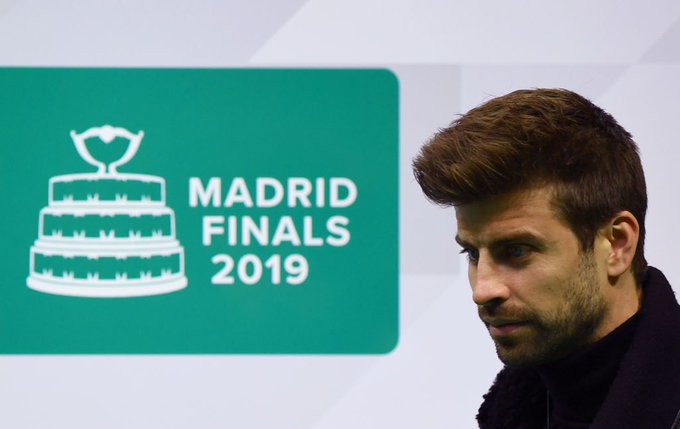 Footballer Gerard Pique believes the Davis Cup is a long-term project that can work despite criticism over the re-formatted competition.

Last August, the Barcelona defender had his re-formatted idea of the Davis Cup approve as part of big funding put in by his company Kosmos.

The competition, which starts today in Madrid, sees 18 teams compete in a one-week competition where they will fight for the Davis Cup title.

Despite Pique’s enthusiasm for the event, many fans and players have criticised the move explaining how the 118 year history of the competition has ended.

However for the Spaniard, he believes that he has convinced many doubters on this journey, “In terms of the event we needed to convince different people who were maybe sceptical and were against the idea of changing the format,” Pique admitted to Davis Cup.com.

“We’ve had to face it since the beginning. This is something I believe we did an amazing job at because we feel people in the game are now more convinced.

“The Davis Cup has a big meaning in the world of sport and tennis, there were some people against it, but right now I feel that Davis Cup is going to be stronger than it has been in the last 10 years.”

Despite the likes of Roger Federer and Daniil Medvedev missing from this week’s competition, there are eleven top 20 players competing including Novak Djokovic and Rafael Nadal.

Many critics are seeing this innovation as a short-term project but Pique hasn’t seen it that way and believes that in five years time people will be convinced about the event, “I like to think big and our idea since the beginning is to put this competition where it deserves to be, and maybe to create an event longer than one week,” the Spaniard said.

“We understand we have to start little by little. I don’t want to compare ourselves to any other tournament because I think we are unique. In five years’ time I want everyone, players and fans, to think ‘Davis Cup is in November and I want to be there.'”

Even though there are doubters players such as Andy Murray have told people to give the event a chance despite the amount of tickets that are still available for the event.