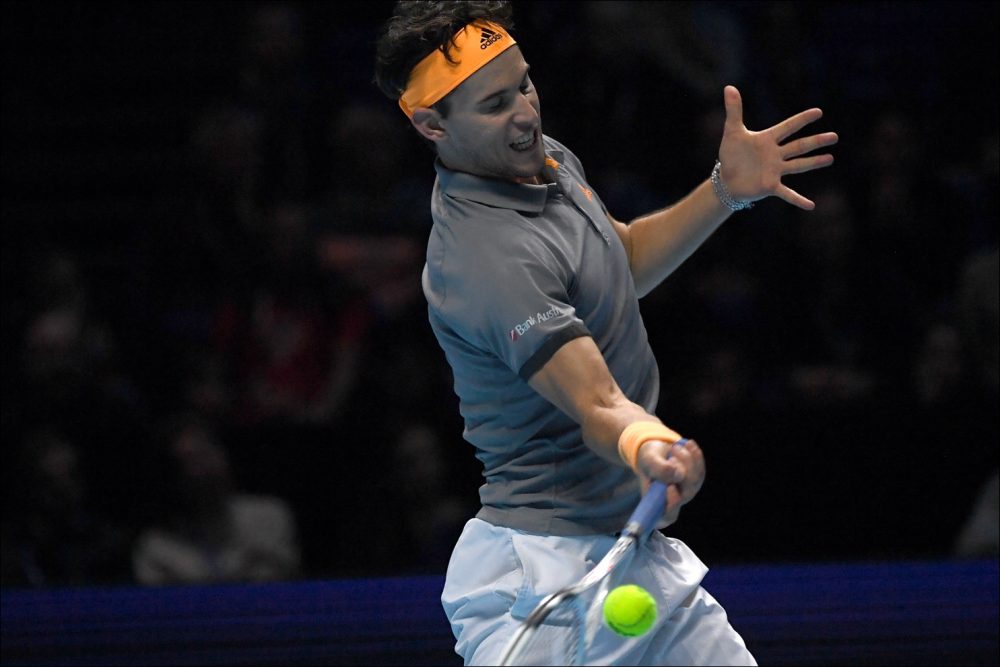 LONDON: Dominic Thiem has become the first Austrian player in history to reach the title match at the ATP Finals after battling his way past Alexander Zverev in the semi-finals.

Thiem, who has been battling with flu symptoms throughout the week, showed little signs of physical tiredness as he rallied to a 7-5, 6-3, victory. Securing his sixth career win over Zverev in eight meetings. In their latest clash, he saved all four of the break points he faced and claimed 81% of his first service points.

“This is a big dream come true for me.” Said Thiem. “It’s one of the most prestigious tournaments of the year and I’m getting the chance to play in the final. It’s unreal to me.’
“To beat the defending champion, a good friend and unbelievable player is always a great achievement. I’m very, very happy.”

At stake for Thiem in his latest match wasn’t just a place in the final, it was also the chance to rise to number four in the world rankings. The highest-year end ranking of his career to date.

Taking to the court, there was little to tear the players apart throughout the opening set. In two separate Thiem service games, he faced break points, but managed to hold his nerve to draw level. Much to the annoyance of his rival. Ultimately it would be an error-stricken Zverev service game that would separate the two. Leading 6-5, Thiem gained two set-point opportunities thanks to a forehand shank from across the court. After failing on his first attempt, he prevailed on his second at the expense of a Zverev double fault.

There was little emotion showed by the 26-year-old throughout what was a business-like performance. Even his camp, which included former player Nicolas Massu, looked relatively calm. Meanwhile, Zverev lacked the intensity he showed in some of his other matches earlier this week.

The second frame initially followed the same pattern as the first. A seemingly tense Zverev dropped serve midway to elevate the world No.5 to a set and 4-2 lead. In control, Thiem continued to tame the threats he faced. Serving for a historic place in the final, he raced to match point with the help of his sixth ace. The victory was then secured with a clean forehand winner.

“Luckily, I’m feeling much better,” Thiem commented on his current health. “I had some days off and of course I played a match against Matteo (Berrettini), which was not great for my body.”
“I hope I’m feeling even better tomorrow and I will give my everything. It is my last match of the season.” He added.

Thiem will play Stefanos Tsitsipas in the final on Sunday evening. It will be the seventh meeting between the two and he currently leads their head-to-head 4-2. Should he win, he would become the only player on the ATP tour in 2019 to win six tournaments.

“We are both very offensive players.” He previewed. “He’s very attractive to watch, I love watching him (play). I’m looking forward to playing him.”
“I’m happy and also lucky to get a chance to play him in this amazing atmosphere (at The O2).”

The soon to be world No.4, which was the position Zverev held at the end of 2018, will be playing in his 25th ATP Final on Sunday.

Tomas Berdych: It Is Up To Others To Decide My Legacy