The ATP announces the nominees for the 2019 Awards - UBITENNIS 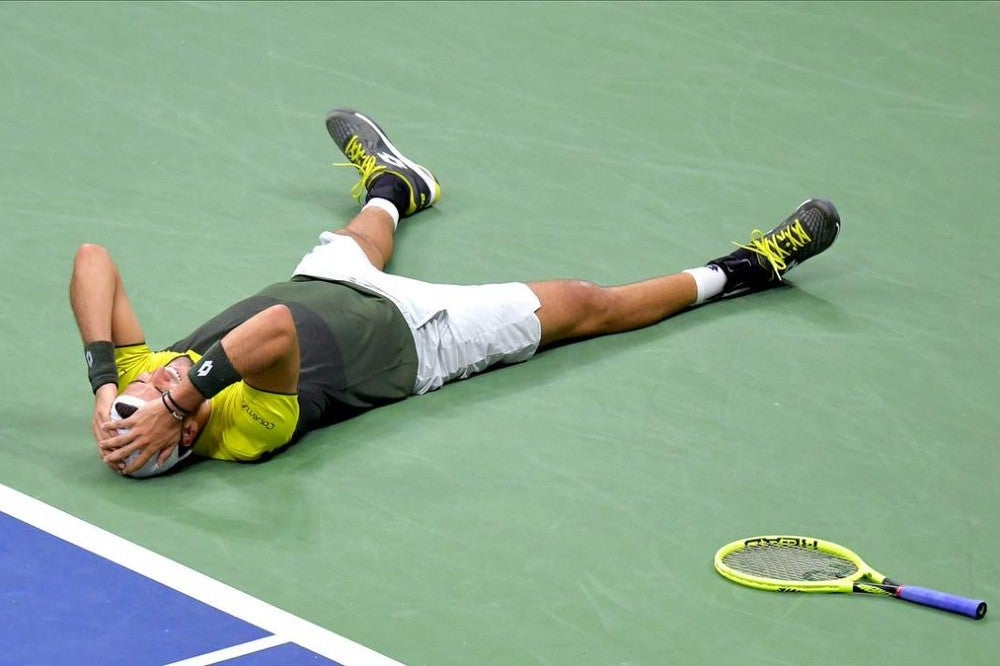 Comeback of the year:

The candidates for the Comeback Player of the Year Award are Andy Murray, Andrey Rublev, Jo-Wilfried Tsonga and Stan Wawrinka.

Murray underwent second right hip surgery on 28th January and missed five months and made his come-back at Queen’s, where he won the doubles title together with his partner Feliciano Lopez. He made his singles return at Cincinnati as wildcard losing to Richard Gasquet in the first round. He earned his first singles comeback win at Zhuhai before losing to eventual champion Alex De Minaur in the second round. He reached his first quarter final after his comeback at the China Open in Beijing beating Matteo Berrettini in the first round before losing to eventual champion Dominic Thiem. The Scotsman completed his comeback by winning the Antwerp title against Stan Wawrinka.

Rublev sustained a back injury at the Monte-Carlo Masters in 2018 and made his comeback during the 2019 summer season when he reached the final in Hamburg losing to Nikoloz Basilashvili. Last August Rublev scored the biggest win of his career so far in Cincinnati where he beat Roger Federer in the third round in straight sets. He went on to lose to eventual champion Danil Medvedev in the quarter finals. At the US Open Rublev beat Stefanos Tsitsipas and Nick Kyrgios before losing to Matteo Berrettini in the fourth round. Rublev advanced to his ATP Masters 1000 doubles final in Paris Bercy with his teammate Karen Khachanov losing to Pierre Hugues Herbert and Nicholas Mahut.

Tsonga fell to world number 262 in ATP Rankings on 5th November 2019 (his lowest since number 284 on 25th September 2006). In 2019 he won two titles on French soil at Montpellier and Metz and reached the quarter final at Rotterdam, Lyon and Paris Bercy.

Wawrinka missed almost three months due to injury problems in 2018, but he started his comeback in 2019 when he reached his first tournament final in over 20 months, where he lost to Gael Monfils in three sets. He beat Stefanos Tsitsipas in the fourth round at Roland Garros in an epic five-set match that lasted 5 hours and 9 minutes, and he went on to advance to his first Grand Slam quarter final in two years. He went on to lose to his compatriot Roger Federer in four close sets. At the US Open Wawrinka advanced to the quarter final after defending champion Novak Djokovic pulled out after losing the first two sets. It was the first match between Djokovic and Wawrinka in the 2016 US Open final. Wawrinka went on to lose the quarter final to Danil Medvedev. Wawrinka reached the final at Rotterdam and Antwerp.

Most improved player of the year:

The candidates for the Most Improved Player of the Year are Danil Medvedev, Felix Auger Aliassime, Matteo Berrettini and Stefanos Tsitsipas.

Medvedev improved his best ranking from world number 16 on 15th January to world number 5 at the end of the year. The 23-year-old Russian player won four titles in Sofia, Cincinnati, St. Petersburg and Shanghai and reached five more finals in Brisbane, Barcelona, Washington, at the Rogers Cup in Montreal and at the US Open. He led the ATP Tour this season with 59 match wins to 21 defeats.

Tsitsipas was ranked world number 15 last January and ended the season ranked world number 6 with three titles at Marseille, Estoril and at the ATP Finals in London. He was the first Greek player to break into the top 5 and the first Greek to reach the Grand Slam semifinal at the Australian Open. He earned 54 wins this season. He became the youngest player to beat Nadal on clay. He scored the biggest win of his career over world number 1 Djokovic in Shanghai Masters 1000.

Berrettini improved his ranking moving up from world number 52 on 7th January 2019 to his career-high at number 8 at the  end of the year. The Italian player won two titles in Budapest and Stuttgart and reached the semifinal of the US Open. He became the first Italian player in history to win a match at the ATP Finals when he beat eventual finalist Dominic Thiem. He ended the season with a record of 43 wins to 25 defeats.

Auger Aliassime started the season as the world number 106 on 7th January 2019 to number 21 at the end of the season. The 19-year-old reached three finals in Rio de Janeiro, Lyon and Stuttgart and qualified for his first Masters 1000 semifinal in Miami.

Newcomer of the year:

Jannik Sinner started the year ranked world number 553 and reached his career high as world number 78. The Italian 18-year-old player won three ATP Challenger titles in Bergamo, Lexington and Ortisei and qualified for his first ATP 250 semifinal in Antwerp. He lost to Stan Wawrinka in the first round in his debut Grand Slam tournament at the US Open.

Miomir Kecmanovic improved his best ranking from world 126 to number 59 at the end of the year and finished runner-up to Lorenzo Sonego in the Antalya final.

Corentin Moutet ended the season ranked 83 at the end of the year. He reached the third round at Roland Garros and won two Challenger titles at Chennai and Lyon.

Alexei Popyrin finished the year ranked 97 after reaching the third round at the Australian Open and at the US Open.

The candidates for the Stefan Edberg Sportsmanship Award are Roger Federer, Rafael Nadal, Diego Schwartzman and Dominic Thiem. This award is given to the player, who conducted himself at the highest of professionalism and integrity, who competed with his fellow players with the utmost spirit of fairness and who promoted the game through his off -court activities.

The 10 Highest Prize Money Earners Of 2019 In Tennis 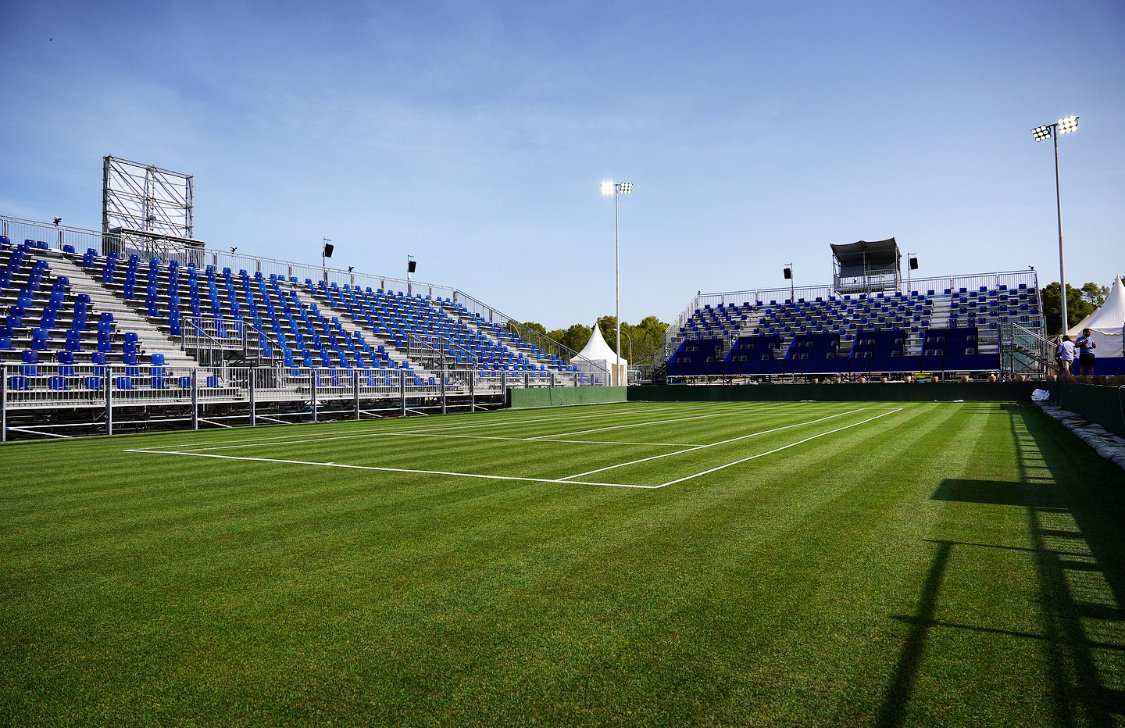 Two ATP 250 events will be played on grass before Wimbledon, with a new tournament taking place in Mallorca (Spain).

The third week of the shortened grass-court season will see two ATP 250 events being played in Eastbourne (Great Britain) and Mallorca (Spain) from the 20th to the 26th of June. Eastbourne has been hosting a grass-court tournament since 2009, when it took the place of Nottingham in the ATP Tour’s calendar, while the Mallorca Championships is a new event.

World’s number one Novak Djokovic plans to play doubles in Mallorca, while Dominic Thiem and Daniil Medvedev have received a Wild-Card in the singles draw. The defending champion Taylor Fritz has withdrawn from Eastbourne due to injury.