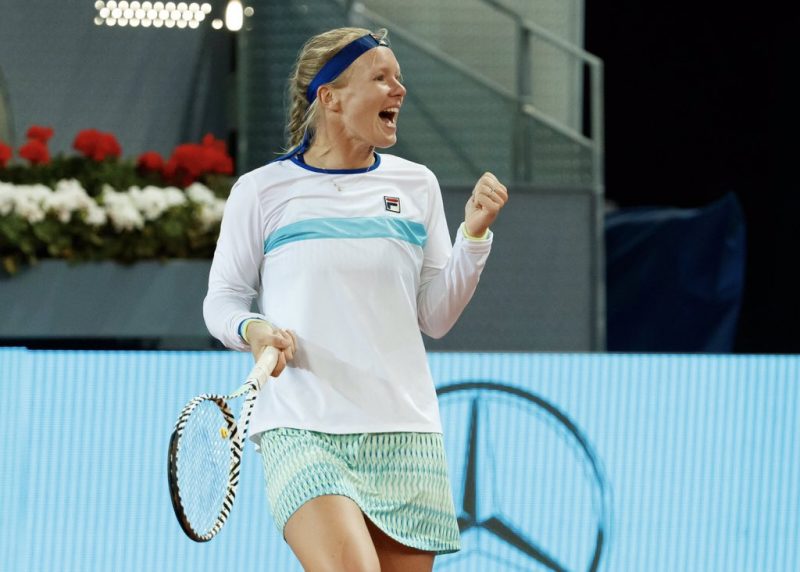 Top seed Kiki Bertens has kicked-off her campaign at the WTA Elite Trophy in Zhuhai with a roller coaster straight sets win over Donna Vekic.

Bertens, who hasn’t won a title on the tour since the Madrid Open in May, overcame some testing moments to see off her opponent 7-6(5), 6-2. Extending her head-to-head record against Vekic to 4-3. The Dutch No.1 dropped her serve once in each set on route to victory. Winning 74% of her first service points and converting four out of her seven break point opportunities.

“The first set was really close. We were both fighting for the first set. I think Donna was a little bit injured, but in the second set, I was just trying to get my best from every point and I did that really well.” Bertens said during her on-court interview.

The latest clash between the two was a tale of two halves. To begin, it was Vekic who got off to a better start as she broke right away before the world No.10 clawed her way back to draw level midway through the opener. With little to separate the two, Bertens seized her chance in the tiebreak. Tied at 5-5, she broke the Vekic serve with the help of a clean backhand passing shot for a chance to serve the set out. An opportunity she converted with the help of a forehand error from her opponent.

Clinching the lead, the proceedings were interrupted by a medical time out for Vekic. Who underwent some treatment on her lower back. Upon resumption it was a one-way show with Bertens racing to a set and 5-0 lead. Even a wobble at the very end, where she lost two games in a row, failed to deny the top seed victory.

“I think I went for her shots there and hit a few good returns. My concentration was maybe not there, but I am happy that I could close it (the match) out at 5-2.” Bertens commented about the end to the match.

It is the fourth time Bertens has played Vekic this season. She has won three of those encounters.

Earlier in the day Aryna Sabalenka was another player to make a winning start at the tournament. The fifth seed ousted Greece’s Maria Sakkari 6-3, 6-4. Sabalenka saved all five of the break points she faced throughout the 89-minute clash and dropped just four points behind her first serve (24/28).

Sabalenka is playing in the Rose Group of the round-robin tournament, which also features Elise Mertens. Meanwhile Bertens heads the Azalea Group with a clash against Dayana Yastremska lurking in the coming days.