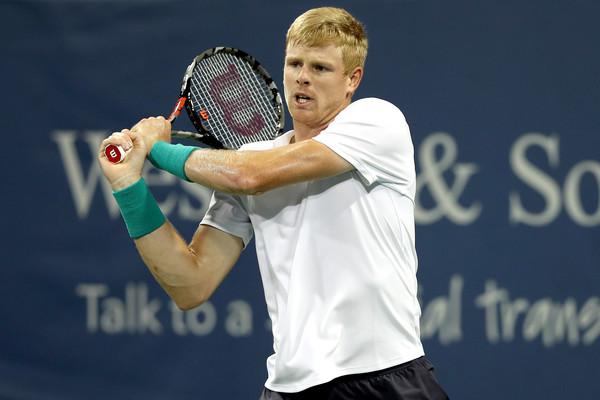 Kyle Edmund’s recent lull in form is showing no signs of letting up after he crashed out in the first round of the Chengdu Open in China.

The seventh seed could only win five games during his 6-2, 6-3, loss to Chile’s Christian Garin. A player ranked just one spot below him in the ATP rankings at 33rd. During the 72-minute encounter, Edmund won 50% of his service points compared to his opponents tally of 75%. He was also broken two consecutive times in both sets.

“I think it’s my best match this year on hard court for sure,” Garin told atptour.com. “Kyle is a tough opponent to face in the first round, so I’m very happy with the way I played.”

Edmund has now lost four consecutive matches on the tour dating back to the Rogers Cup in August. Something that last occurred during the European clay-court swing of the tour earlier this year. However, two of those losses were to rising star Daniil Medvedev, who has won more matches than any other ATP player so far in 2019.

Shortly after his exit from Chengdu, Edmund confirmed that he has parted ways with coach Mark Hilton. A former professional tennis player who reached the second round of the 2004 Wimbledon Championships. The two officially ended their partnership last week.

Until a replacement is found, Edmund will be guided in Asia by Colin Beecher. Beecher had worked with Edmund in the past and is the former captain of the British Fed Cup team. The 48-year-old is also currently working with Dan Evans, who is also without a permanent coach.

Evans faired better on the first day of competition in Chengdu. Taking on Chinese world No.222 Bai Yan, he battled to a 6-3, 4-6, 7-6(4), victory after two-and-a-half hours of play. Evans was down a break twice in the decider before fighting back to clinch victory. He will play Grigor Dimitrov in the fourth round.

Evans has now recorded 36 wins in 2019 compared to 17 for Edmund. Although Edmund has been hampered by a knee issue in recent months.