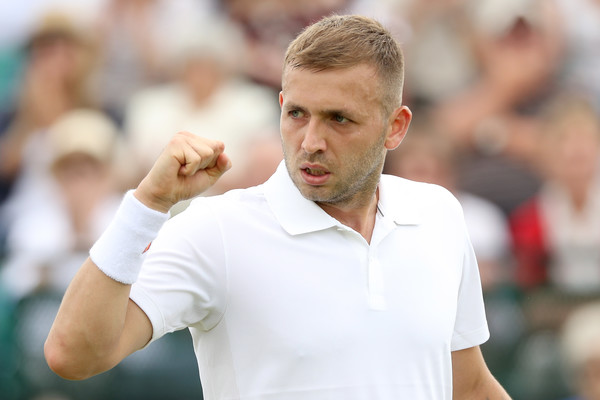 Dan Evans says he is growing in belief ahead of his US Open showdown with former world No.1 Roger Federer.

The world No.58 is through to the third round of Flushing Meadows after defeating France’s Lucas Pouille 6-4, 6-3, 6-7(4), 6-4, on Thursday. Making it the third time he reached the last 32 of the tournament. A milestone he hasn’t been able to achieve at any other grand slam.

The British player will next face his toughest test yet in the shape of Federer, who he trained with earlier this year. A player who hasn’t lost before the third round of the US Open since 2000. It will be the third meeting between the two. Federer currently leads their head-to-head 2-0 and is yet to drop a set. However, Evans is refusing to be downbeat about his chances of causing a shock victory.

“I was grateful to get the opportunity to practise with him, it led me into the clay and grass court seasons in good shape,” The Associated Press quoted Evans as saying.
“I’d rather not be playing him. But it’s another good chance to play Roger and test myself again.
“I have to go in thinking I can beat him. There’s no point going on court if I don’t think I can beat him. It’s another match. I have to prepare.
“Since the first time I played him at Wimbledon I’m in a different place and he’s probably in a different place.
“I’ve got over, ‘It’s Roger, it’s impossible to beat him’. I definitely have a bit more belief going on the court.”

Federer has been far from solid so far in New York. Dropping the opening set in his first two matches against India’s Sumit Nagal and Bosnia’s Damir Dzumhur. Heading into the US Open, the Swiss only played two hard court matches after suffering an early exit in Cincinnati.

“I got exactly what I expected from both guys. I knew what Nagal was going to give me. I knew what Dzumhur was going to give me. But I didn’t expect to hit 15 to 20 unforced errors, which is basically the entire set just sort of donated.” Federer reflected on his recent performance.
“But look, they came out and they were well prepared and got me to do that. But I clearly have to play better from the get-go.”

The prospect of Evans causing a shock win still remains an outside chance. He has defeated two top 20 players so far this season (John Isner and Nikoloz Basilashvili) as well as won a duo of Challenger titles on the grass.

Evans’ clash with Federer will be the first match to take place on the Arthur Ashe Stadium on Friday. Should he win, he would become the fourth British player to ever defeat Federer on the ATP Tour. Following in the footsteps of Tim Henman, Greg Rusedski and Andy Murray.

Highlights of past meetings