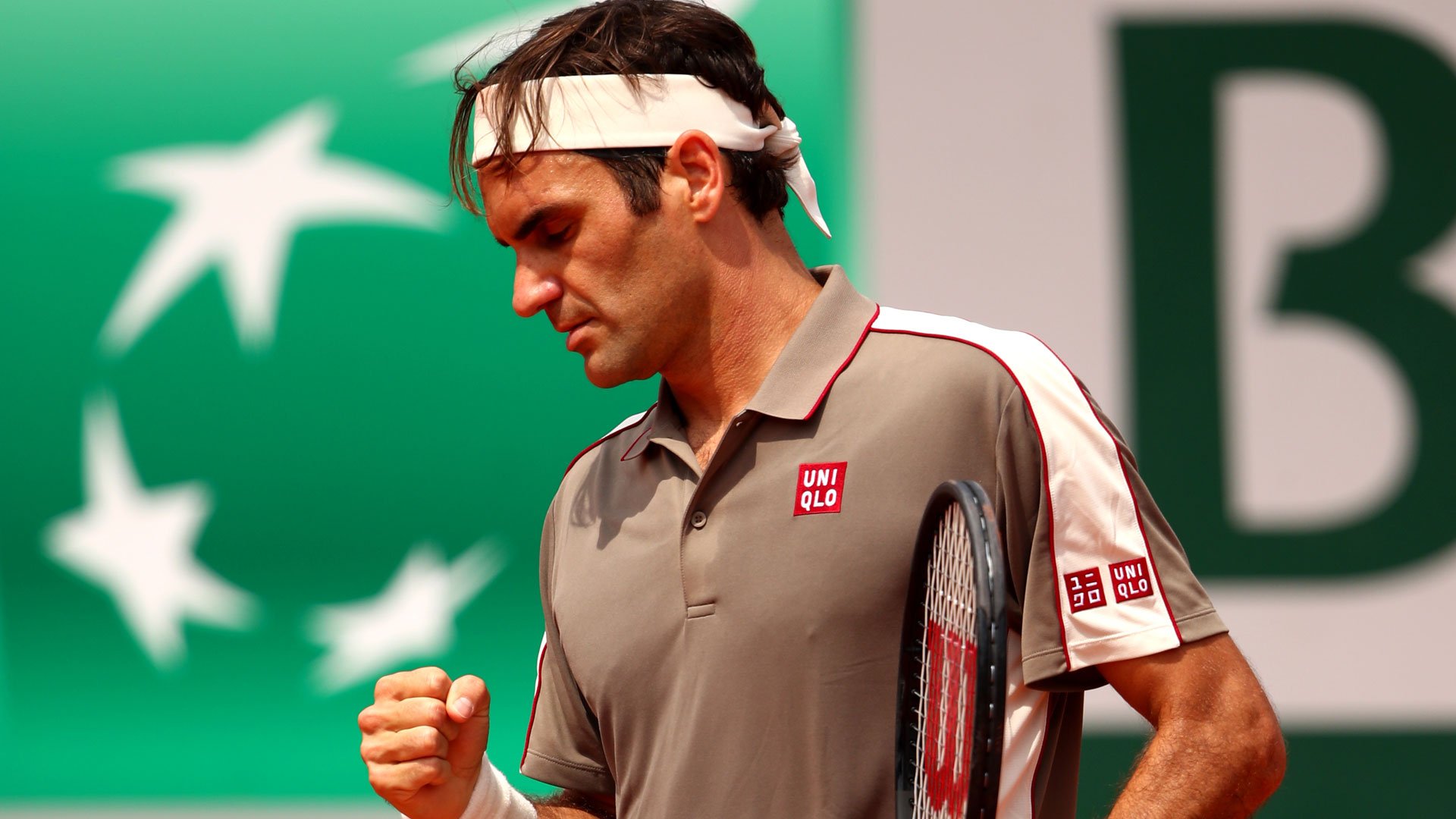 In a battle of the former champions, Federer downed Wawrinka in four epic sets to reach the last four in Paris and end his compatriot’s renaissance.

The win means it’s Federer’s first Roland Garros semi-final since 2012, where he will restore his rivalry with Rafael Nadal.

As the 11-time champion downed Kei Nishikori 6-1 6-1 6-3 in convincing fashion to set up another meeting in the Fedal rivalry.

In their 26th meeting of their career, it was Federer who made the brightest start on return as he looked to break his compatriot early on.

However there was a reason why Wawrinka came through a five hour battle to reach the quarter-finals and showed it with some clutch serving to save four break points in the opening set.

In particular the serve down the middle helped the 2015 champion to get out of trouble and stay in the set as Federer continued to ease through his service games.

With the 24th seed not being as effective on serve, a first set tiebreak loomed after Federer proved too passive on break points.

In the end though a poor backhand from the 34 year-old allowed Federer to seize control in a crucial moment as two accurate sealed the tiebreak 7-4.

Despite the set lead, break points continued to haunt the 20 time grand slam champion as he wasted three more at the start of the second set.

That often means that when your opponent gets an opportunity of his own, he often takes it and this was exactly the case.

A first opportunity and the first break of the match went to Wawrinka in the third game with a loopy forehand cross-court winner.

Frustration started to set in for Federer, who couldn’t offer any real offence on return as Wawrinka remained better on the big points.

A tough hold at the end sealed the set for Wawrinka as the 2009 champion lost his first set of Roland Garros with the match level at one set all.

After failing to convert an eighth break point, Federer was starting to lose the baseline duels with more aggression needed from him.

As a result Wawrinka started to feel more comfortable from the back of the court and broke on his second break point after a missed backhand volley from Federer.

One thing we know about the world number three though is he never stops finding solutions and some slow returns caused Wawrinka problems.

Uncharacteristic errors on the forehand saw Wawrinka hand Federer the break as it was ninth time lucky for the 37 year-old.

The next few games proved to be the most important part of the match as Wawrinka was forced to save two set points with some bold serving and a stunning backhand down the line.

Both men played their best tennis of the match as a third set tiebreak approached. Just like the first tiebreak it was Federer, who had the edge with some ridiculous net play.

After a mini-fightback from 5-1 down, Wawrinka couldn’t add the finishing touches as a wide serve to the Stan’s backhand sealed a 2 sets to 1 lead for the former world number one.

Both players looked to dictate the fourth set as Federer continued to waste break points on big moments which saw Wawrinka remain bold on serve.

After Federer held for 3-3 play was suspended for an hour as thunderstorm was brewing in Paris which saw frustration and laughter from both men.

In the restart Federer started with nerves and passive play but eventually converted one of the many break points that eluded him to break for the second time.

A nervy hold of serve at the end saw the former champion into his first Roland Garros semi-final since 2012 as Wawrinka’s renaissance ends.

Next up for Federer is another meeting with 11 time champion Rafael Nadal.