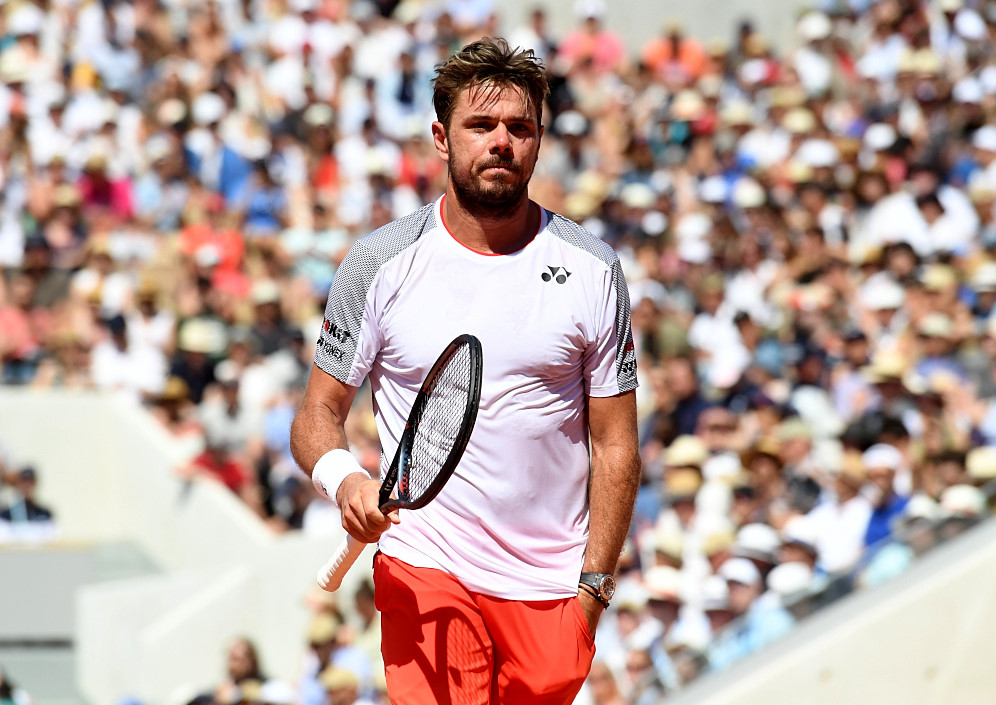 Will Stan Wawrinka recover in time for his clash with 20-time grand slam champion Roger Federer at the French Open? This is the question many in the world of tennis are asking.

On Sunday the 34-year-old engaged in a marathon battle with Stefanos Tsitsipas. Prevailing in five sets after five hours and nine minutes of play. Making it the fourth longest match in the history of the tournament. Through to the quarter-final of a grand slam for the first time in two years, Wawrinka is hoping to turn his fortunes around against Federer. A player who he has beaten three times on the clay, but trails their head-to-head 3-22.

“Every time I step on the court against him, I know it’s going to be really difficult.” Wawrinka said following his fourth round win.
“He has something that makes him so special as a tennis player, and it’s never easy to beat him. I’m ready for the challenge, and I’m happy to do everything possible to face it.”

Looking ahead to the match, former world No.1 Mats Wilander has described Federer, who is yet to drop a set in Paris, as the ‘worst opponent’ for Wawrinka to face in the tournament. Saying that he will be made to run continuously.

“Wawrinka needs a good start having played such a long match. If you get a good start you can get on a roll but if you go down early on and lose the first hour of tennis, and against Roger, he’s the worst opponent possible if you’ve just played a long match because he’ll figure that out and make you run.” Wilander told Eurosport.

Despite playing an extra five hours and 17 minutes of tennis at the French Open than Federer, the Swede believes Wawrinka still has a chance of scoring victory. Should he do so, it would be his first over a top five player since Andy Murray at the 2017 French Open.

“Apart from the fact he’s played a long match, everything else seems in favour of Wawrinka.” The former world No.1 analysed.
“Roger for sure does not want a long match. Obviously, he wants to win but we need to see how far he’s prepared to go to just keep the ball in play and tire Stan out or is he going to be relentless in terms of attacking that’s going to be the most interesting part.”

Former Wimbledon champion Pat Cash is less confident about the prospect of a Federer exit from the tournament. The Australian contested 11 French Open tournaments during his career. Reaching the fourth round back in 1988.

“I love Stan coming back, he’s a beast.” Cash said on Monday. “Can he recover from that again? I don’t know. Roger is looking fresh and calm – there’s been some background between them. I think Stan will fancy himself, he’s playing Federer on clay. If both would have been fit and fresh, I’d have gone for Wawrinka, but I’m not so sure now after yesterday’s (Sunday’s) match as it would have taken a lot out of him.”

The match is set to get underway at 13:00 local time on the Suzanne-Lenglen court.