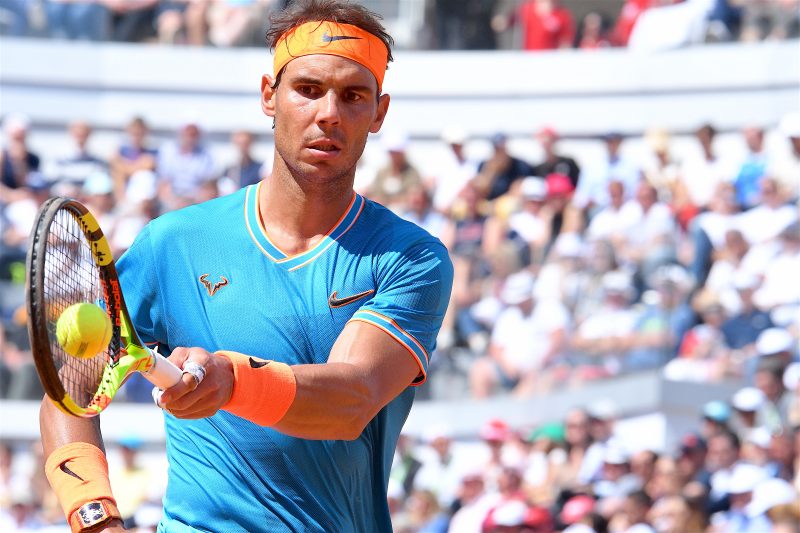 It was a year ago at this very tournament, and against this very opponent, when Djokovic finally began to resemble his old self.  Due to an elbow injury, Novak was just 6-6 when he arrived in Rome a year ago. But it was his semifinal match here, where he lost a tight match to Nadal, when the tennis world began to recognize the champion of yesteryear.  A year later, he arrived in Rome having won the last three Majors, as well as the Masters 1,000 event last week in Madrid.

Thus far, this clay season must be considered a significant disappoint for Nadal.  2015 is the only other year since 2005 when Nadal arrived in Rome without a clay title to his name.  That was also the only year Djokovic defeated Nadal at Roland Garros. Rafa though appears to be regaining confidence as this week progresses.  This match will be Nadal’s biggest clay court test this season, and will be a strong indicator of where exactly his game is heading into the French Open.

Also on Sunday, Karolina Pliskova and Johanna Konta play for one of the biggest titles of their careers on championship Sunday in Rome.

This will be the 54th meeting in the most prolific men’s rivalry of the Open Era.  Overall Djokovic leads 28-25, though Nadal leads 16-7 on clay.  Novak is 16-11 at Masters 1,000 events, and 7-5 in Masters finals.  At this event, Rafa holds a 4-3 edge, and they’ve split the four finals they’ve played here.  Since they met one year ago in Rome, Djokovic has twice defeated Nadal. The first time was their over five-hour five-setter at last year’s Wimbledon, a pivotal match in tennis history.  The last time was the Australian Open final, when Novak destroyed Rafa, losing only eight games. Both of those matches will be forefront in the minds of both men today. Normally I would give Djokovic the decided edge considering their recent history, but Nadal will be the much fresher of the two on this day.  Djokovic required over five-and-a-half hours to overcome his Argentinian opposition in the last two rounds, in matches that went late into the night. Nadal meanwhile is yet to drop a set this week, and played during the day on both Thursday and Friday. With this final being played at 4:00pm local time, that’s a big advantage for Nadal.  Whoever wins today will re-take the lead for most Masters 1,000 titles, as both men currently hold 33. I like Nadal’s chances to make that 34 on Sunday.

After some disappointing results earlier last year, Pliskova has slowly but steadily built momentum since last summer.  She’s now 26-7 on the year, and into her third final. With a win today, she would pass Kiki Bertens and Simona Halep to become the new world No.2, which would be significant heading into the French Open draw.  Konta has similarly struggled since 2017, though she’s only more recently rediscovered her game. Historically a terrible clay court player, she’s now 10-2 in the surface this season. This is her second clay final in the last three weeks.  She’s already defeated two top 10 players in this tournament, while Pliskova is yet to face a seeded player. Karolina leads their head-to-head 5-1, with Johanna’s only victory coming in a third set tiebreak on a hart court in Beijing. But all their matches have been tight, with five of the six going to a third set.  In Pliskova’s last final, two months ago in Miami, she was shown up on the big stage by Ashleigh Barty. Is Pliskova ready to claim her second Premier 5 event, equaling her biggest career title? She’ll have to avoid getting down on herself, as she’s prone to do on the court. In a match that feels it could easily go either way, I’ll give Pliskova the slight edge.  She has a lot more recent experience in big matches, and has a history of winning third sets over Konta.

Other Notable Matches on Sunday in Rome:

Italian Open Saturday Preview: The Men’s and Women’s Match of the Day