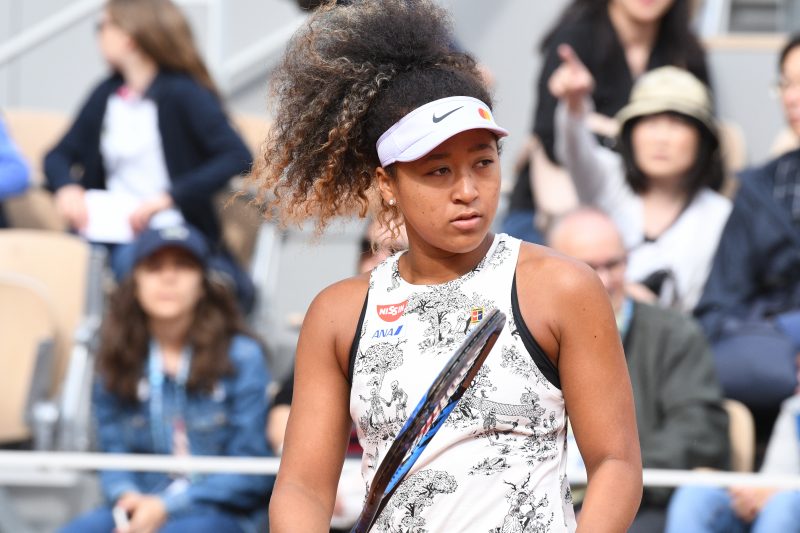 Naomi Osaka has a level of fighting spirit that places her among the great champions of the sport, according to former player Mats Wilander.

Osaka kicked-off her campaign at the French Open on Tuesday with a roller-coaster three-set win over Slovenia’s Anna Karolína Schmiedlová. Coming back from 0-6 down. The Japanese player is bidding to become the first woman to win a third consecutive grand slam since 2015, as well as maintain her No.1 position. However, she is yet to go beyond the third round at Roland Garros.

Speaking about the 21-year-old on Eurosport, three-time French Open champion Wilander drew similarities between her opening performance and that of Serena Williams. Williams also endured a slow start to her match against Vitalia Diatchenko before prevailing 2-6, 6-1, 6-0.

“Naomi Osaka’s fighting spirit is up there with the great champions and that’s what I think we’re going to see with her for the rest of her career.” Said Wilander.
“She goes for her shots and she is so similar to Serena Williams in so many ways. Her first set was horrendous, just like Serena. But somehow she turns it around, keeps going for her shots and then they start to go in.”

Whilst he praised Osaka’s first round performance, Wilander is concerned about how she will fair as the tournament progresses. The Japanese player has had a mixed run on the clay heading into Paris. In Stuttgart she was forced to withdraw from the semifinals due to an abdominal injury. Then in Rome, it was a hand injury that forced her out of the tournament.

“You have to hold something back on clay though, and that’s what worries me about Osaka as the tournament goes on.” He said.
“However, Naomi has won two Slams in a row, she’s number one in the world and she managed to get through this match on a windy, cold day on Philippe-Chatrier. I think there are more positives than negatives for her.”

On the other hand Kim Clijsters, who is a two-time finalist of the tournament, says she has been impressed by the level of Osaka’s maturity on the court. Over a 12-month period between 2018-2019, she broke into the top 40 before becoming the first Asian player to top the world rankings.

“When you look at what she showed us at the US Open last year against Serena and in Australia this year against Kvitova… It’s unbelievable that she’s able to turn it around mentally. To be able to do that regularly without having much experience is very impressive.” Clijsters told Eurosport Germany.
“I’ve seen her play amazing tennis in years past, when she couldn’t quite sustain her level. She’s been able to become consistent. She has changed her coach as well. She is mentally very mature.” She added.

Osaka will take on Victoria Azarenka in her second round match on Thursday. Their head-to-head is currently tied at 1-1.

VIDEO: Stan Wawrinka Comes To The Rescue Of Young Fan At French Open