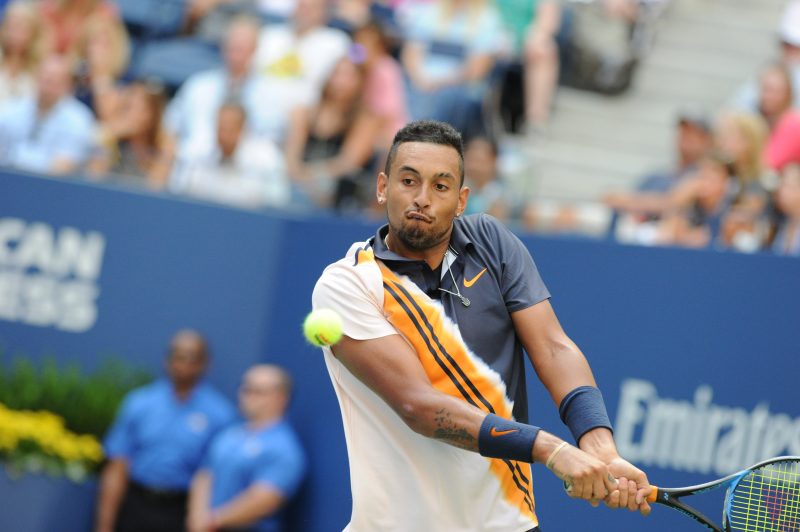 Nick Kyrgios’ recent comments about the French Open has not gone down too well with former world No.1 John McEnroe.

The Australian made headlines shortly before this year’s grand slam tournament after saying it ‘sucks’ compared to Wimbledon. Kyrgios was recently at The All England Club and reportedly had a hitting session with Andy Murray, who is recovering from his second hip operation. In a video uploaded to his Instagram account, he said organisers should ‘get rid of clay.’ The world No.36 withdrew from the French Open on Friday due to illness.

“I think this (Wimbledon) is the best tournament in the world, look at this perfect green surface,” Kyrgios said.
“Get rid of the clay, man. Who likes the clay? It is so bad.
“The fact that I’m here right now and then I have to go to Paris in a couple of days is like…
“The French Open sucks compared to this place. Sucks. Absolute sucks.”

Responding to Kyrgios’ comments on Eurosport’s Commissioner of Tennis, McEnroe describes the clay as both ‘complex’ and ‘frustrating’ to play on. Going on to say the 24-year-old needs to be more respectful when talking about the surface. McEnroe never won the French Open, but reached the final back in 1984. He was denied the title by Ivan Lendl, who came back from two sets down.

“Nick! Clay is very complex. It has many layers. Yes, it’s frustrating! I wrote the book about it. You don’t have to love it but you have to respect it.” He said.
“Without clay, Nadal is the second greatest lefty of all time after me, Borg is half the legend he is, Guga is an average Brazilian player with a weird hairdo and I wouldn’t still be going to a therapist.”
“Nick, you know I understand you. Listen: before you try to erase some huge parts of tennis history, just try and write some tennis history yourself…”

Kyrgios isn’t the only player to have thrown shade at the French Open. Earlier this week, compatriot Bernard Tomic said he agreed with those comments. Tomic, who has only won three matches in 2019, lost 6-1, 6-4, 6-1, to Taylor Fritz in the first round.

“I agree with him, with everything,” Tomic told reporters. “The tournament is not for me.”

Both Kyrgios and Tomic will now prepare for the grass-court swing. Kyrgios is set to play in Stuttgart and Queen’s prior to Wimbledon.