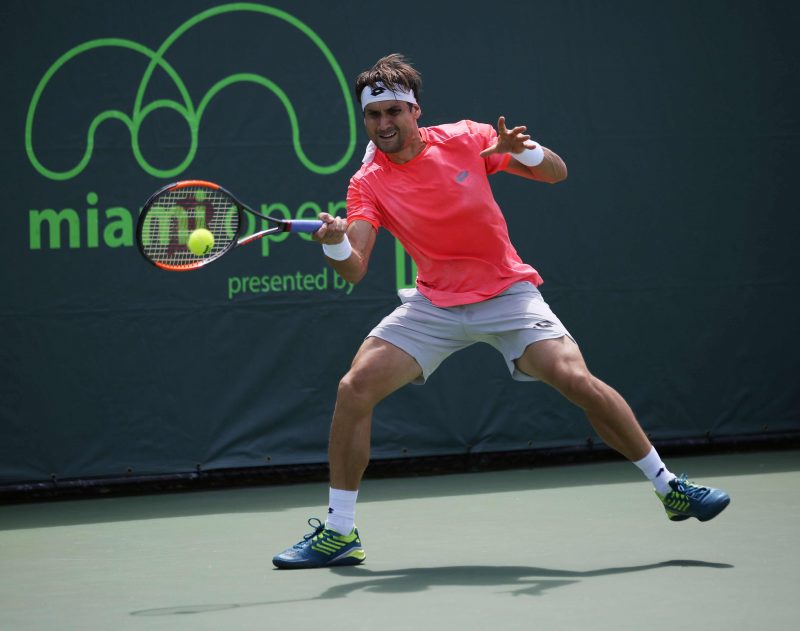 The end is near for David Ferrer and his successful career that has spanned almost 20 years on the ATP Tour.

Next month the 37-year-old will officially wave goodbye to the sport at the Caja Magica, venue of the Madrid Open. The most prestigious tennis tournament held in his home country. He is currently on a goodbye tour leading up to his retirement. His latest event was at the BNP Paribas Open in Indian Wells, where he stunned Alexander Zverev in the fourth round. His first win over a top five player for more than four years.

“I am happy for how this transition has been to accept that I was going to stop playing, that this was going to be my last year until now.” Ferrer told Marca.com. “There is always a little fear of the last tournaments, one thinks of how one it is going to feel, but my goal is to be happy. I feel competitive, I’m playing in tournaments that have given me more love, and that excite me more.”

With less than a month remaining of his career as a professional player, some are wondering what Ferrer might do next. The inevitable roles come up – sports commentator, coach and so on. One job the Spaniard would like to have one day is to be the captain of the Spanish Davis Cup teams. Following in the footsteps of former players such as Sergi Bruguera, Emilio Sanchez Vicario and Albert Costa.

“I would be very proud to be able to be (Davis Cup captain).” Ferrer stated. “I also understand that this is very far away and there are players who are ahead. First, I have to train as a professional in teaching (coaching).”

Ferrer has been nominated for 24 Davis Cup ties during his career and has played in 20 of those. Overall, he has won 28 out of 33 matches player in the team tournament.

As for becoming a coach, the Javea-born player is more reserved about that possibility. In recent years there has been a growing trend of former professionals turning to coaching. Such as Andre Agassi, Goran Ivanisevic, Carlos Moya, Ivan Lendl and Boris Becker.

“Today I would say that I would not like to do it, but in the future.” He explained about the prospect of teaching a top 100 player. “But I would like to experience another type of stage first. The stage of young people and grow with that type of tennis player. Afterwards, of course I love the circuit. If I feel I can contribute, I would. If I do not feel it, no. It’s something that, as I can decide, I would not do.”

Ferrer will continue his farewell tour next week at the Barcelona Open after receiving a wild card. He is a four-time runner-up at the event.