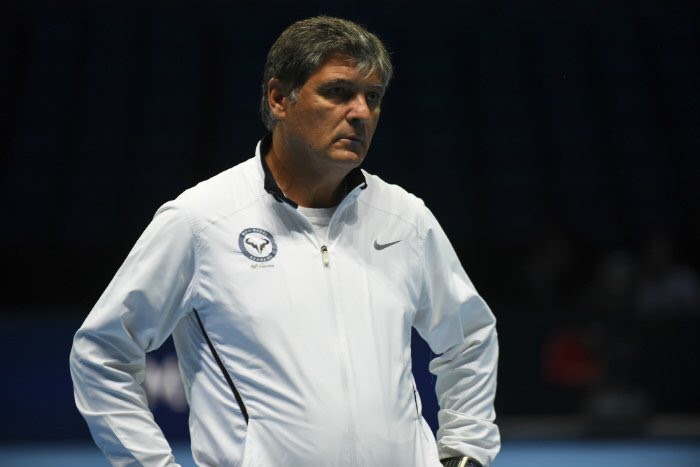 The former full-time coach of Rafael Nadal has become the latest tennis figure to speak out against the controversial Transition Tour.

Toni Nadal, who is the head of his nephew’s academy in Mallorca, has pledged his support behind players calling for a change to the new system. At the start of 2019, 1500 people lost their professional ranking into the sport following the creation of the Transition Tour by the International Tennis Federation (ITF). Following an extensive research process, which the ITF says involved a survey of 55,000 individuals involved in tennis, the changes took place. Players now have to compete on the transition tour to earn ITF points. The idea being that once they generate enough points, they can progress to the ATP or WTA Tour.

Despite the aim of trying to ensure players participating in lower level events have a better standard of living, many have said they have been left worse off and have been struggling to enter ITF tournaments. Canadian left-hander Maria Patrascu launched a change.org petition to change the new format. Attracting more than 14,000 signatures to date.

“What should be the objective of the International Tennis Federation? In my opinion, it should be to promote our sport and make it available to all of our players. The new rules adopted discourages players.” Toni said in a Facebook video.

Commenting further on the situation, the 58-year-old believes an uneven playing ground has now formed on the court. Saying that only ‘young rich people’ are able to play under the new system.

Toni Nadal is the latest public figure who disagrees with the Transition Tour. pic.twitter.com/Y6V6by91Ii

Uncle Toni is the latest in a rapidly growing list of people hitting out at the ITF. Magnus Norman, who is the coach of Stan Wawrinka, has said that he had spoken to many players and coaches who were ‘not happy’ about the tour.

“For me, I find it very hard to work around the fact that we are cutting jobs in tennis.” Normal wrote on his personal blog. “If I would to work towards something I would turn things around. I would look at it from the other angle and try to make it better for each and every player instead globally.”

I agree 100% with Toni and @normansweden . The ITF has to re-think these rules. We have to support the players ranked between 100 and 1000 atp and make things possible for them rather than discourage them. https://t.co/S1JO4rIDyo

Former top 10 player Janko Tipsarevic is currently ranked 455th in the world and has his own tennis academy is another critic.

“These changes that are being done by the ITF are doing nothing else but ruining and destroying the sport. I’m seeing so much pain and suffering.” The Serbian commented on Facebook.

Despite the widespread condemnation, the governing body has refused to scrap the Transition Tour. Arguing that the negativity surrounding it has been partly been created by misinformation. Although they have confirmed that they are open to making adjustments.

“For all the reasons we’ve set out explaining why we looked to do reforms in the first place, it would be not at all optimal to go back,” ITF Executive Director for Circuits Jakie Nesbitt recently told reporters.
“I don’t want to get to a situation where we have huge amounts of prize money but we’re delivering so poorly for players. To have so few even managing to break even, we have to be able to do better than that.”
“I don’t see any convincing argument in favour of a return to the old system. The new system has to deliver better for players, if there are changes that need to be made they will become fairly obvious fairly quickly.”

Life on the transition tour in quotes

“I would really like to meet a person who came up with this idea about the ITF transition tour and congratulate him. All the ideas that person got cannot function even in a perfect world because players have zero benefit from it and they don’t make any sense.” Ana Vrljić (Croatia)

“Money talks and money rules. They don’t need any players outside of top 100. They need the big names and the big profit from slams. By changing the rule, they secured easier stability for the top and impossible possibility for young, mid and lower ranked players to exist. If you don’t have the big agency behind you or a big sponsor you might as well quit.” Sesil Karatantcheva (Belarus)

“It’s a shambles. Everyone is responsible for this mess. It’s impossible to state how much knock in effect this will have negatively for anyone involved in tennis.” Mark Petchey (former player, Great Britain)

‘We all agree that ITF is not fulfilling their mandate of overseeing and promoting tennis worldwide.” Sergiy Stakhovsky (Ukraine)

“My ranking won’t even guarantee me a place in the qualifiers. Last year, I won a USD 25000 tournament and I was hoping I would at least start playing the qualifier rounds of the Challengers this season but for that I will have to improve my ITF ranking. But for that I need to play 25k events,” – Adil Kalyanpur (India)

Related Topics:Toni Nadal
Up Next

Amelie Mauresmo Fears 2020 Season Is Over, But Becker Disagrees