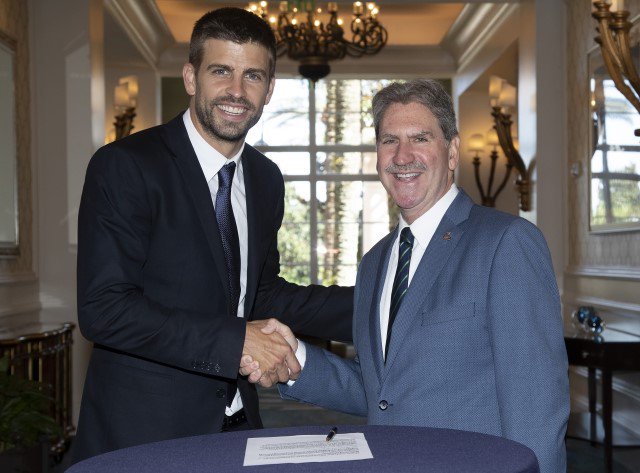 BNP Paribas have ended their 17 year title sponsorship with the Davis Cup as they rebrand to the world cup of tennis.

The move was announced in a press release as BNP Paribas look to focus on sponsoring the Fed Cup as well as the junior and wheelchair events.

It is clear that the move has been finalised due to the Davis Cup’s new 18 team format which will be tested in November this year in Madrid.

Although there has been criticism of the new event this is the first time a sponsorship has been dropped from the Davis Cup and the banking company’s intent.

Head of communications, Bertrand Cizeau, explained his decision, “We decided with the ITF to conclude the ‘Davis Cup by BNP Paribas’ partnership as the competition format evolves,” Cizeau explained.

“During 17 years, we have been happy alongside fans, players and local audiences, all around the world, and to have fuelled their passion during unforgettable matches.”

The move is certainly stunning to the ITF but their president David Haggerty did thank BNP Paribas for their contribution, “BNP Paribas has made a vast contribution to the success of the Davis Cup as a title sponsor over the past 17 years,” Haggerty said.

“We are proud of the great work we have achieved together for Davis Cup, and we look forward to continuing our relationship across a number of properties from the grassroots to the top of the game.”

The dedicated partner will continue to work with the ITF with a variety of schemes and projects including developing the Junior and Wheelchair events.

However with talk of a 12 team Fed Cup event similar to the Davis Cup one, would BNP Paribas stop its partnership with the Fed Cup and how would that impact the ITF?

As for David Haggerty he will now aim to rebrand the competition into the ‘Davis Cup, World Cup Of Tennis,’ as many see this as a significant change in the history of the competition that has now gone on for 118 years.

EXCLUSIVE Interview With US Davis Cup Captain Mardy Fish: “If Davis Cup Fails, We All Fail”