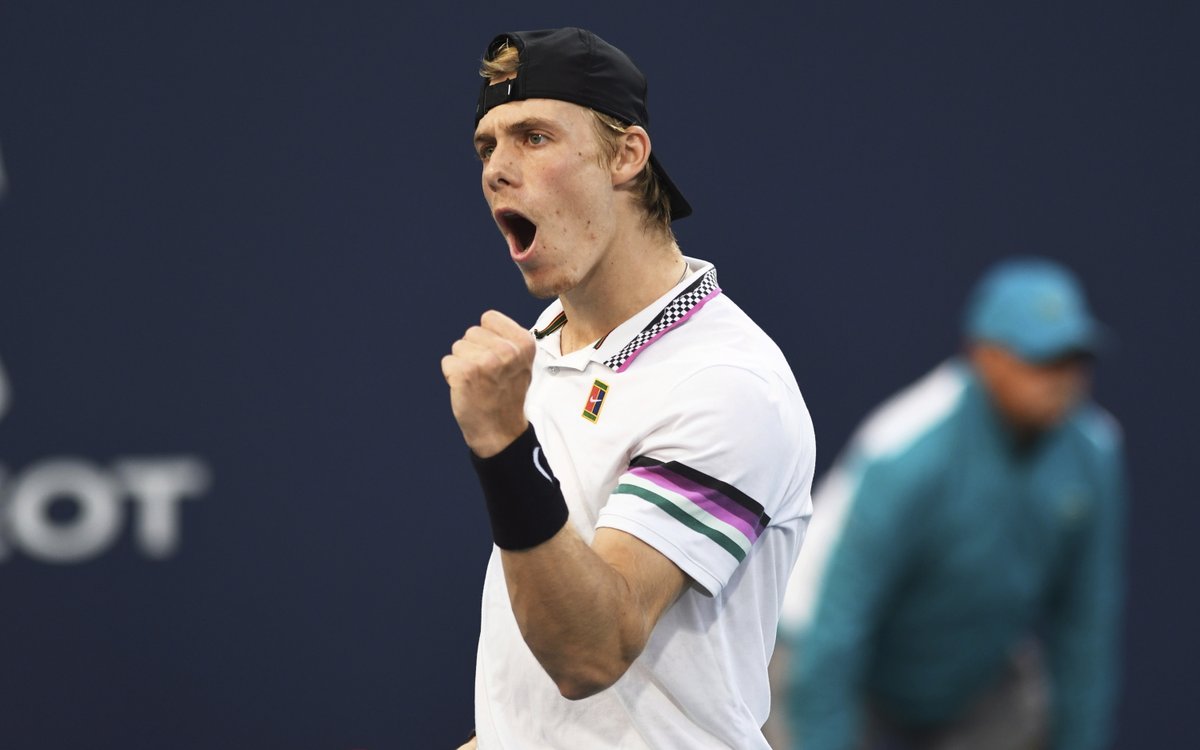 Denis Shapovalov is hoping to learn from the ‘enjoyable’ experience of playing Roger Federer after exiting the Miami Open..

It was a special moment for the Canadian last night after playing his idol Roger Federer in the semi-finals of the Miami Open last night.

The moment is something Shapovalov will never forget but the result is something he will want to forget in a hurry after losing 6-2 6-4 in convincing fashion.

After a poor first set, the Canadian played better in the second set before Federer survived the storm to reach the final in Miami once again.

After the match Shapovalov described the experience as ‘enjoyable’ and is looking to learn from the occasion, “Yeah, definitely, it’s always tough to lose, but, yeah, it’s definitely enjoyable to be out there with your idol on the court,” Shapovalov said in his press conference.

“I was just trying to play as good as I can, and, you know, he did a good job today. He played an excellent match.  I wasn’t able to kind of stay at his level. So, you know, I’m just going to try to learn from this and move forward.”

Despite the result last night, reaching his first Masters 1000 semi-final is something to be proud of and after an inconsistent 18 months, the Canadian finally put his game together this week.

The 19 year-old also acknowledged that he wasn’t playing at his 100% best but credited the 20-time grand slam champion for causing that, “Honestly I don’t think I was able to play at 100% at my level today, but, you know, that’s why he’s so good,” Shapovalov explained.

“You know, he didn’t let me kind of get into my groove and get into my game. That’s just, you know, it shows how experienced and how good he is.”

Next up for Shapovalov is the clay-court season, which is something that could favour the Canadian as he suggested in his press conference, “Honestly, yeah, it’s kind of a good part of the season for me. I think I have proven myself on the dirt. I see that I can play on it and beat good players on it.”

The first tournament of Shapovalov’s clay-court season is the Monte-Carlo Rolex Masters, which starts on the 15th of April.