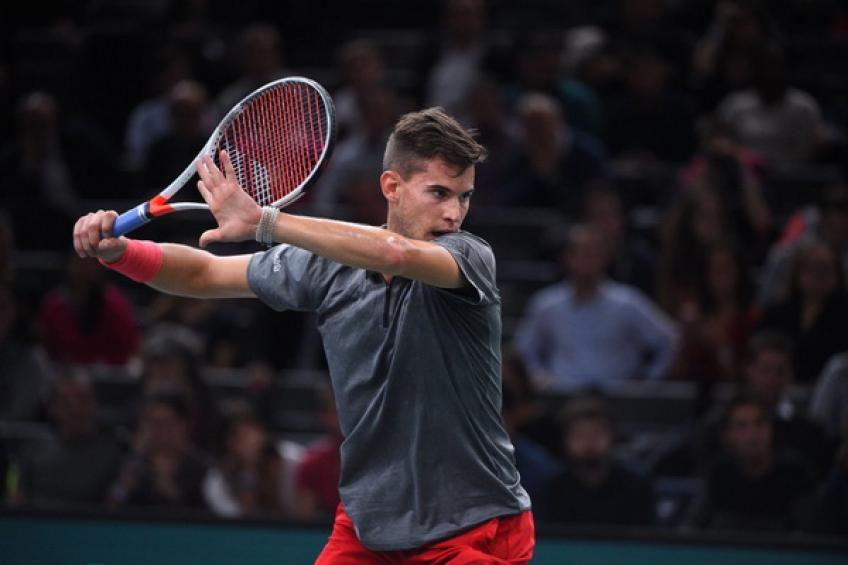 Top seed Dominic Thiem has made a winning start to the Argentina Open after triumphing in what was his first competitive match for a month.

The Roland Garros finalist has been absent from the tour in recent weeks after retiring from the Australian Open due to illness. During his absence, Thiem underwent a series of tests to establish the root of his problem and has been cleared to return to the tour.

Taking on Germany’s Maximilian Marterer in his opening match on Thursday, the Austrian powered his way to a 6-4, 6-4, victory. Converting four out of his eight break point opportunities. However, there is still room for improvement for Thiem, who only managed to win 48% of the points behind his second serve. The victory is his 10th consecutive at the tournament in Buenos Aires.

“I like the conditions here. I was able to develop a good performance to win it.” Thiem said afterwards.

This week the world No.8 is being mentored by Nicolas Massu. A former top 10 players who is best known for winning a gold medal at the 2004 Olympic Games. It is understood that the partnership is set to last only a week, however, Austrian newspaper Kleine Zeitung have suggested that it could be extended if proven successful.

In the quarter-finals Thiem will take on Pablo Cuevas. Cuevas, who has won all six of his ATP titles on the clay, knocked out Portuguese fifth seed Joao Sousa 6-4, 7-5.

“He is one of the best players on the clay.” Said Thiem. “We already played at Roland Garros and a Master 1000, so I’m expecting an open match.”

Thiem is currently tied at 2-2 in his head-to-head with the Uruguayan player.

Three-time champion David Ferrer has played his last ever match at the Buenos Aires Lawn Tennis Club. The Spaniard, who will officially retire from the tour in May, was edged out in a three set roller coaster against Albert Ramos-Vinolas. Ferrer failed to convert two match points during the second set as he suffered a 3-6, 7-6(9), 6-3 defeat.

“I feel at home because of the love they (the crowd) have for me. Loved.” Ferrer said following his loss.
“Without a doubt. It is very special since I will not step on this court again. What I will miss most is your affection.”

Ferrer is one of only two players in history to have won the tournament three years in a row. The other was Argentine legend Guillermo Vilas during the 1970s. Following his first round win there was a special presentation conducted to honour his career. Attendees to the on-court presentation included Gabriela Sabatini, Martin Jaite, Federico Delbonis, Marc Lopez, Diego Schwartzman, Juan Ignacio Chela, Mariano Zabaleta, Juan Monaco and Gaston Gaudio.

Related Topics:David FerrerDominic Thiem
Up Next