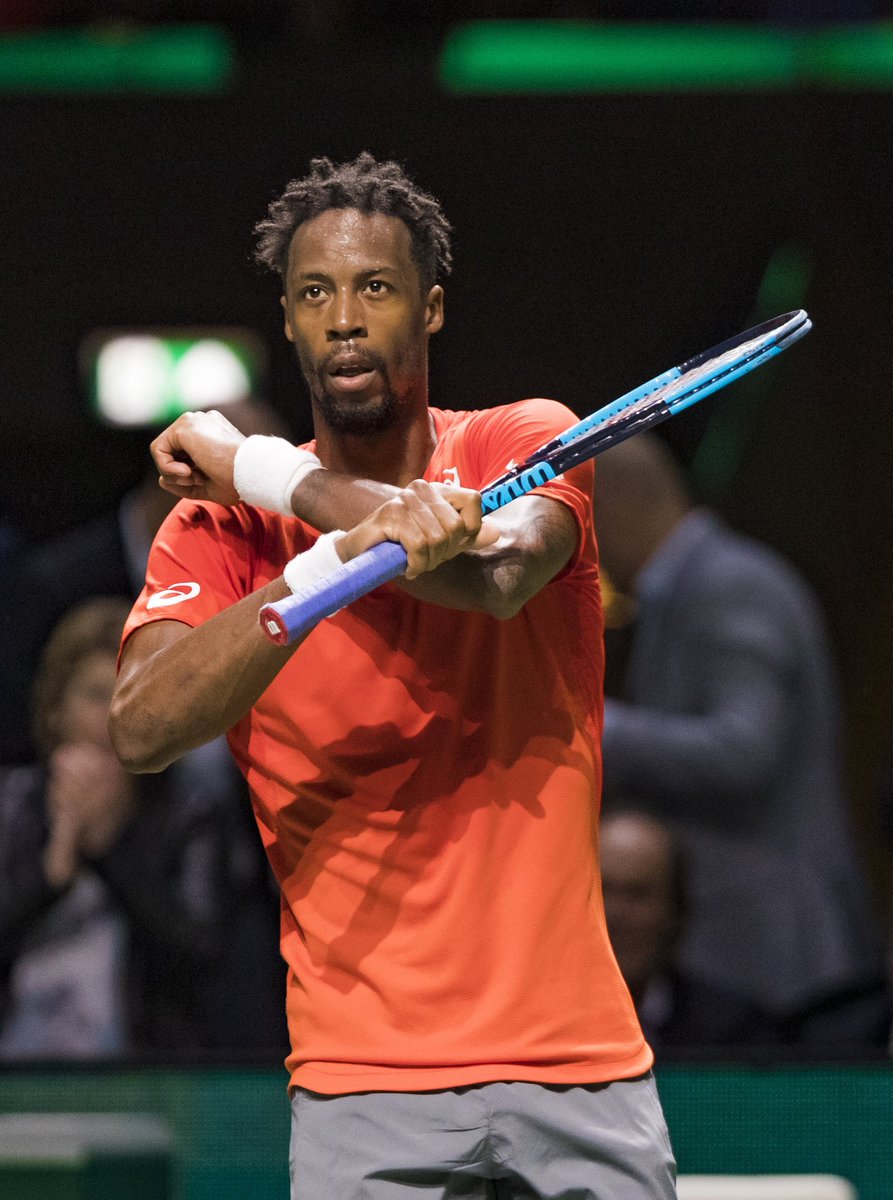 Gael Monfils was satisfied with his performance in Rotterdam after beating Damir Dzumhur 6-1 6-2 to reach the semi-finals.

The Frenchman was in great form as he eased past the struggling Bosnian in 69 minutes to make the last four in Rotterdam.

After breaking five times he secured a comfortable win to set up a Sofia rematch with Daniil Medvedev after the Russian continued his impressive form with a 6-4 6-2 win over Jo-Wilfred Tsonga.

The win means it is Medvedev’s 14th win in 2019 with his only losses being against Kei Nishikori and Novak Djokovic.

After only dropping three games, Monfils seemed pretty happy with his performance after reaching a second successive ATP semi-final, “It was a good one, I stuck to my game plan and I am satisfied how I executed,” Monfils said.

“I prepared well in the off-season and I am starting to believe that I can get back to the top of the game.” The win came against a struggling Dzumhur who coped with injury during the contest.

After his first two wins of the season this week, with one being against Stefanos Tsitsipas, the crafty Bosnian couldn’t conjure up a win today.

As for Monfils he now faces Daniil Medvedev for the second consecutive week in a row after the Russian outpowered Jo-Wilfred Tsonga 6-4 6-2.

Some great movement and effortless groundstrokes saw Medvedev win his 14th straight set as well as his 14th match of the 2019 season.

The duo played last week where Medvedev cruised past the Frenchman en route to the Sofia title and it is hard to see how the result will change tomorrow.

As always though expect the unexpected when it comes to Gael Monfils. The evening session quarter-finals will see Kei Nishikori playing Marton Fucsovics and Stan Wawrinka taking on Denis Shapovalov.