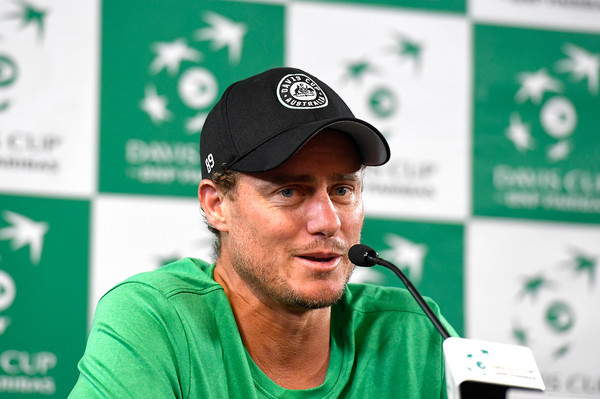 Australian Davis Cup captain Lleyton Hewitt has voiced his anger at the team competition being ran by somebody who he says ‘knows nothing about tennis.’

The former world No.1 didn’t hold back ahead of his country’s upcoming meeting with Bosnia and Herzegovina this weekend. This year marks the start of the new Davis Cup format after it was passed at the ITF AGM meeting last August. The winners of the upcoming world group ties will qualify for the finals in November. For the first time in history, the finals will be a week-long event held in one location. Removing the 118-year tradition of home and away finals. A total of 18 teams will participate. The group will be made up of 12 qualifiers, two wild cards and the four semi-finalists from the previous year.

Speaking out about the changes, Hewitt has branded them as ‘ridiculous.’ Tennis Australia has been one of the most vocal critics of the changes throughout the entire process. The country has won the tournament 28 times. The second highest in history after America, who has won it on 32 occasions.

“I don’t agree at all with it. Having the finals in one place is ridiculous,” News Corp Australia quoted Hewitt as saying.
“I personally don’t think all the top players will play but we will wait and see.
“If you look at Davis Cup the last couple of years the elite players are playing.”
“ I have played in massive ties at home and away, but for me the most disappointing thing is guys like these — Bolty and Alex — (Alex Bolt and Alex de Minaur) will never get to play a Davis Cup final in Australia and that was one of the biggest joys I had in my career.” He added.

The changes have come to life with the help of a multi-million dollar investment from Kosmos. Who have pledged to invest $3 billion over the next 25 years. Kosmos was founded by footballer Gerard Pique, who currently plays for Barcelona F.C. The company also recently took over Spanish football team FC Andorra and has a television production company (Kosmos studios).

Pique’s involvement in the Davis Cup is something Hewitt describes as ‘mind boggling.’ Questioning the Spanish player’s ability to run the competition. Saying he ‘knows nothing’ about tennis.

“Personally, I think they will have to tweak the new format,” Hewitt explained.
“They have gone from one end of the spectrum to the other and they are going to have to deal with it.
“Now we are getting run by a Spanish football player and he knows nothing about tennis and that is ridiculous.
”He (Pique) is trying to (put tennis into a soccer format). His group has bought into the ITF and they are basically running the ITF — a soccer league is the main sponsor of the Davis Cup, and that to me is mind boggling.”

Pique has defended the revamped Davis Cup on numerous occasions. Players such as Alexander Zverev have previously confirmed their intention to skip the finals due to the scheduling of the event at the end of November. However, Pique has insisted that the focus is on teams and not individuals. Although, he had boasted about the support of Rafael Nadal.

“We want to focus on teams not individuals, on players representing their nation and their federation and on building the best teams possible,” he told reporters last year.
“We want the focus on the competition to be the teams, which is what it always has been. The Davis Cup has survived for 118 years because of the national teams, and because individual players haven’t been so important.
“I’ve spoken to all the players, Rafa has been very positive and now it will be in Madrid he likes it even more, he has told me if he is fit he will come.”

The 2019 Davis Cup finals will take place during November 18-24. It will be held at the Caja Magica in Madrid.

Related Topics:Lleyton Hewitt
Up Next

ITF and Kosmos: “Our Davis Cup Is Good For Tennis”