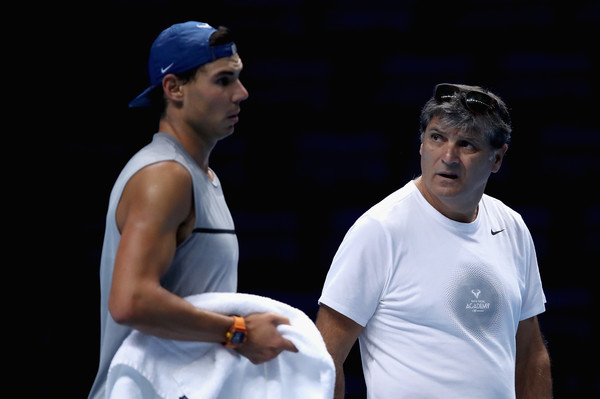 Prestigious Spanish coach Toni Nadal has become the latest figure to lend his support behind Kosmos chief Gerard Pique over his plans concerning the Davis Cup.

From 2019 the team competition will be transformed into a week-long event. After the play-off ties in February, 18 teams will travel to Madrid to play in the finals. Removing the 118-year tradition of finals being held home or away. The plans, which was backed by an ITF vote earlier this year, has been supported by a hefty investment from Kosmos. Kosmos has pledged to invest $3 billion in the event over the next 25 years.

Critics of the transformation argue that the changes are too radical. World No.32 Lucas Pouille has already pledged to boycott the event. Meanwhile compatriot Pierre-Hugues Herbert also criticised the move.

“I am extremely sad today about the decisions of the ITF,” said Herbert. “After, it may be a good competition, but it will never be what it has been, the Davis Cup.”

Despite the controversy, 57-year-old Nadal is confident that the new format will work on the tour. Arguing that high-profile players have been missing the event in recent years due to the calendar of the tour. From next year the Davis Cup will take place over two weeks of the calendar instead of four. However, the seven-day finals take place at the end of the season after the ATP Finals. Something Alexander Zverev has previously described as ‘crazy scheduling.’

“I liked the Davis Cup as it was before, the best memories I have are the Davis Cup we played in Madrid, Sevilla, Barcelona, ​​but that is unfeasible today, because the calendar made it impossible for the best to participate more often.” Nadal said during an interview with A La Contra.
“Being that very difficult, I think it’s good what Piqué has done, he has tried to make a change, an attractive competition of nations and hopefully he will do very well.”

With both Novak Djokovic and Roger Federer uncertain about playing in the team competition next year, hopes have been pinned on Rafael Nadal. Spain has already qualified for the November finals after reaching the last four of the event this season.

Toni, who is the uncle and former coach of Rafael, has said the 11-time French Open champion will play in the event ‘if there is no injury in between.’ The world No.2 has been hampered by knee and abdominal issues in recent months. He also underwent minor surgery on his ankle in November.

“This year he has not been able to play more for the injuries he has had but if the body responds I think that playing 16 tournaments is not too much and I think Rafael can handle it well,” said Toni.

The first edition of the revamped Davis Cup finals will take place during November 18-24 at the Caja Magica in Madrid.

Related Topics:Toni Nadal
Up Next

Ireland’s Dave Miley To Challenge For ITF Presidency In 2019