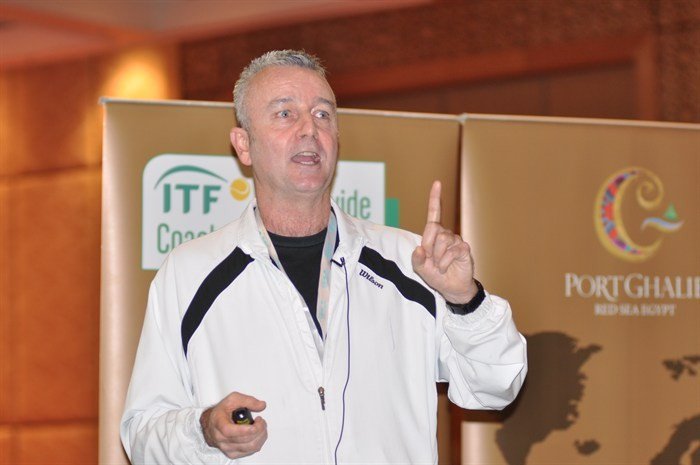 The former ITF executive director for development has vowed to challenge David Haggerty in a leadership contest next year.

Dave Miley, who worked for the governing body of tennis for 25 years before resigning in 2015, has confirmed that he will launch a bid for presidency after winning support from ‘member nations.’ Miley is a two-time Irish men’s doubles champion. He has previously been in charge of overseeing the juniors, veterans and wheelchair activities of the ITF. In 2016 he applied for the position of chief executive for Tennis Ireland, but missed out. However, Miley later received €6,500 in damages after the Workplace Relations Committee (WRC) found that he has been unfairly discriminated against due to his age.

“Following significant encouragement and support from ITF member nations, I have informed the current ITF President and Board of my plans to run for President of the ITF at the next AGM,” said Miley in an email send to The Irish Times.

It is understood that Miley has won the support of nations in both Europe and Asia following his time spent there working as a consultant.

In recent months current ITF head Haggerty has come under increasing criticism concerning the changes being made to the Davis Cup. Earlier this year plans to turn the final of the competition into a 18-team week-long event were given the green light. Dividing opinion in the sport. At this year’s Davis Cup final between France and Croatia, Haggerty was heckled at by opponents of those changes.

Despite his critics, Haggerty told reporters that he has ‘no regrets’ about the plans. Insisting that the move wasn’t motivated solely by money. Investment company Kosmos has pledged to invest $3 billion into the Davis Cup over the next 25 years into the new format.

“I get energy from something I believe in. The reforms from Davis Cup were needed and the Fed Cup will follow just behind it, from my perspective, I believe we are doing the right thing.” Said Haggerty.
“The ITF has never just looked at things on money alone. To us we are the governing body of the sport, so we want to grow participation and interest in the sport.“

Miley has given little sympathy to the attempts of the American chief. Saying that he has been ‘surprised and saddened’ by the direction of the ITF and their ‘deteriorating relationship’ with some member nations. Although he didn’t name who those nations were.

“Since I resigned from the ITF in 2015, I have followed closely the direction of the ITF and have been both surprised and saddened by the current challenges facing the organisation, especially as they relate to Davis Cup, as well as the ITF’s deteriorating relationships with many important tennis constituents,” he said.
“For 25 years, I worked for the ITF and for 17 years I acted as director of development, leading the ITF’s largest department. I care deeply about the organisation and believe that my extensive knowledge of the ITF and success in international tennis to date, combined with a successful business background, qualifies me to seek this position and, if elected, deliver strong leadership and vision for the future.”

The ITF leadership contest will be held in September 2019 at the annual AGM meeting. Haggerty has held the position since 2015.

The host nation narrowly missed out on a place in the final but they have plenty of positives to motivate them for the future. 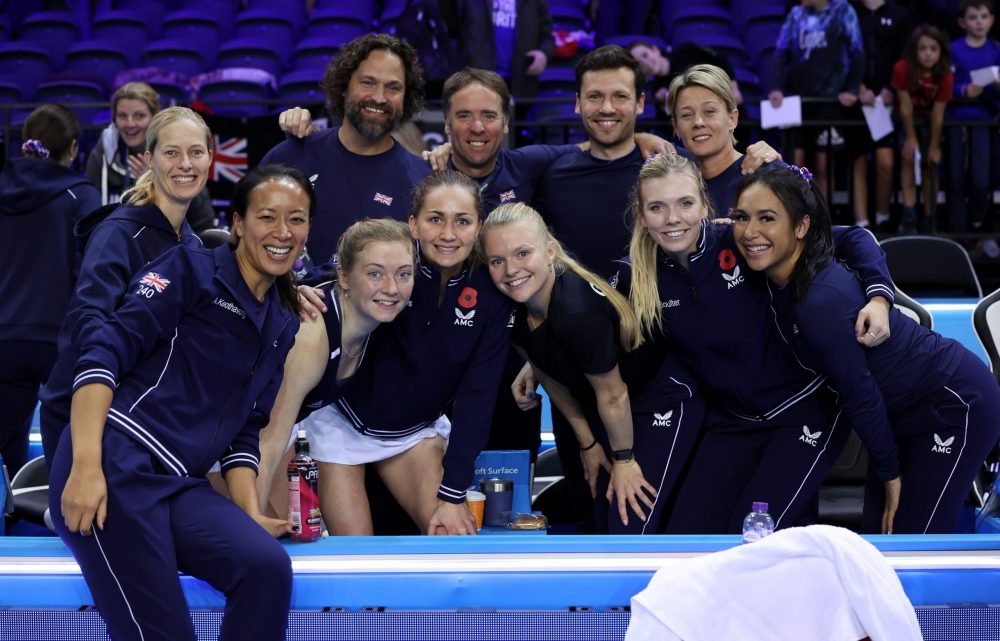 Australia has denied Great Britain an opportunity to play in their first team final since 1981 after prevailing 2-1 in an epic tussle at the Billie Jean King Cup in Glasgow.

The gripping tie was level at 1-1 after each team won one of the singles matches, paving the way for a winner-takes-all doubles encounter. The British team featured Alicia Barnett and Olivia Nicholls who were both making their debut in the competition this week. Their opponents were former Grand Slam winner Sam Stosur and world No.10 doubles player Storm Sanders.

Despite the gap in experience between the two pairings, there was almost nothing to distinguish between the two throughout the majority of their encounter which lasted more than two hours. Nevertheless, the Australian duo held their nerve to seal a 7-6(1), 6-7(5), 10-6, victory to send them into the final.

“That was amazing. it could have gone either way and credit to the GB girls they played really well. They will be here again for sure.” Sanders said during her on-court interview.

It is only the second time in the past 30 years that Australia has progressed to the final after 2019. Before playing Great Britain, they also defeated Belgium and Slovakia in the group stages.

“A real credit to the four players out on court that was pretty inspirational, so I hope it inspires a lot more of you out there to play doubles. It was really such a high level you couldn’t pick it in the end.” Australian captain Alicia Molik commented on the doubles match.

Earlier in the day, Australia got off to the perfect start with Sanders edging her way past Heather Watson 6-4, 7-6(3). However, the host nation battled back with an impressive performance from Harriet Dart who defeated Ajla Tomljanović 7-6(3), 6-2. A player who has reached the quarter-finals at both Wimbledon and the US Open this year.

“The Billie Jean King Cup just brings the best out of me. I love playing in front of a home crowd, and I feel like I have really been feeding off my teammates and everyone here. It just makes me really want to do really well.” Said Dart.

The performances from the underdogs provide Britain with plenty of hope for the future. The nation lost in qualifying earlier this year but managed to enter the finals via wildcard due to the competition being held in their country.

“I’m just gutted for everyone right now but also I think we have to try and keep things in perspective,” British captain Keothavong told reporters.
“What a fantastic week it has been for the team. I don’t know how many people gave us much of a chance really to even come through the group stages.’
“It really is a fantastic achievement to reach the semifinals but we felt we could have gone further. That’s why it hurts so much.
“It’s going to hurt the players for a while but they’ll (the team) get over it. They can still hold their heads high because they have shown what they are capable of under a huge amount of pressure to deliver, and in the end, it came down to a few points.”

Australia will next play either Switzerland or the Czech Republic in the final. They are seeking to win the trophy for the first time since 1974.