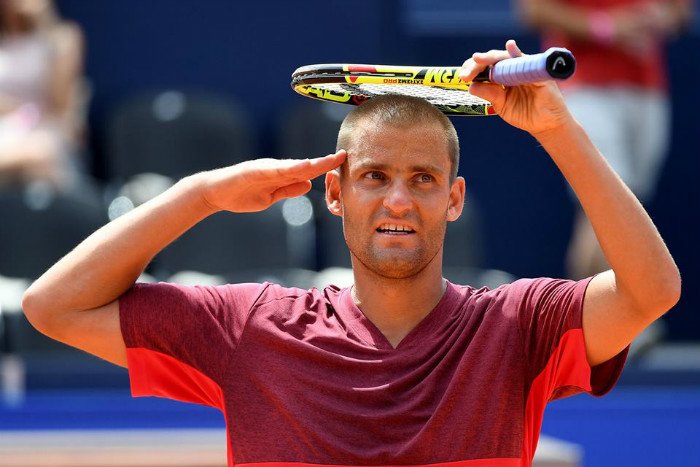 This week’s St. Petersburg Open marks the end of an era for Russian tennis as Mikhail Youzhny plays on the tour for the final time.

Known by his fans as ‘the colonel’ for his post-match salutes, the 36-year-old is bringing to an end a career that has spanned almost 20 years. Throughout his career, Youzhny has won 10 titles on the ATP Tour and peaked at a ranking high of number eight back in 2008. He is also a two-time US Open semi-finalist who has accumulated 31 wins over top 10 players.

“I can say I had a great career. I never thought I could play until 2018 and I can play at a high level,” Youzhny said during an exclusive interview with ATPWorldTour.com. “I was one of the youngest guys from my age who went into the Top 100 and from all the times, I was at a high level. All the time I can say I was a professional, that’s why I maybe stayed later in the tennis career.”

Youzhny’s achievements on the tour is one that has also influenced the next generation of players in his country. Currently there are four Russian players ranked in the top 100 of the ATP rankings. Three of those are under the age of 22. Karen Khachanov is the highest ranked at 24th in the world. Speaking about the veteran player, Khachanov praised the example that was set by him growing up.

“When he was at his best form he was playing really well, beating top guys and was a Top 10 player at a time. He is a good example for Russian players.” Khachanov said of Youzhny.
“He won the Davis Cup two times. When he was younger, he was faster and hit flatter and more powerful, but he was always tough to beat. He and his coach, Boris, were always helping and following me, giving me good advice. He has been a great influence.”

On Wednesday Youzhny kicked-off his final tournament with a 7-6(6), 6-4, win over Bosnia’s Mirza Basic. At the end of the match, he caught fans off guard by reading out a poem that he wrote. During his press conference, Youzhny said it was a ‘spontaneous’ decision that nobody else knew about.

After winning career match #499 in St. Petersburg R1, Mikhail Youzhny who retires after this tournament didn't give an on-court interview. Instead, he asked not to judge him too harshly and… read his own poem out loud.

I'm not a translator but just to give you the overall idea pic.twitter.com/CYukTgxcmr

In the second round the former world No.8 faces Spanish fifth seed Roberto Bautista Agut. A win would reward him his 500th victory on the ATP World Tour. Something that has only been achieved by 45 male players in the history of the sport. Should he lose, is there any temptation for him to delay his retirement in order to join the 500 club?

“I already met Agut once on the court. I think, I lost to him in Chennai in three sets. And, of course, my next match will be much harder for me.” He said.
“As for the 500th victory, I have already decided for myself – for me it makes no difference what kind of victory it will be – 500th, 501st or 499th victory. Nothing will change.”

Youzhny’s clash with Bautista Agut will be the third match on Center Court today.

Related Topics:Mikhail Youzhny
Up Next

Stan Wawrinka edges past Karen Khachanov in a thrilling match in St. Petersburg