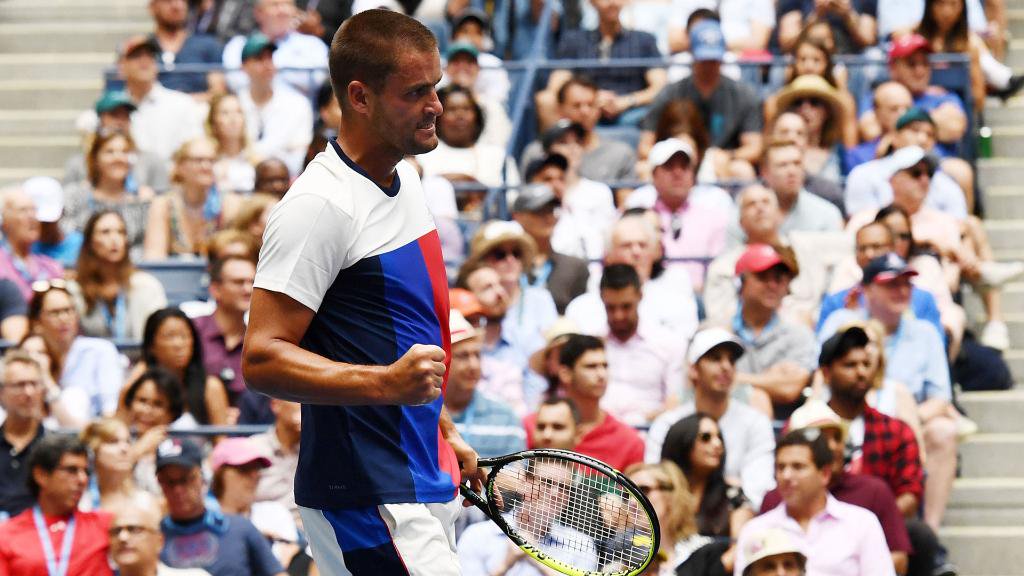 The final games proceeded in heartbreaking fashion for the 36-year-old Russian. After failing to convert break point from 15-40 at 3-3, he double faulted on his own break point in the next game, handing Bautista Agut an opportunity to serve for the match. He did so at love, sending Youzhny into retirement with a serve-and-volley that hushed the crowd and brought the two together at the net for a brief exchange.

A somewhat-stunned crowd then saw “the Colonel”, a two-time US Open semifinalist and onetime world No. 8, depart for one final time, with a career mark of 499-416. He would’ve been just the 46th man to win 500 career matches.

His final contest was a high-quality one, with dozens of punishing rallies ended only with superb winners. Youzhny hit a stellar backhand for a 2-0 lead in the second set, capping a stretch of eight in 10 points, hit a precise lob to close out a tricky service game later in the set, then capped a grueling point with a running backhand up the line to give himself a set point. He converted it, setting up a deciding set.

The parade of winners continued there: The 10-time tour victor dug out of a hole at 2-3 by pairing backhand and forehand blasts. But much as in the first set, he could not take advantage of the opportunities he generated, and the more steady Spaniard used that to take control of the match at crucial points.

In the first set, Youzhny lost an early break at 4-3, then couldn’t convert two set points in the tiebreak before Bautista Agut made full use of his first. It summed up a match in which Bautista Agut, the No. 5 seed, won only one more point — of 203 in the match — but saved 10 of 12 break points and hit just one double fault.

Youzhny had struggled in his farewell season, winning just seven main draw tour matches and making no quarterfinals. The 20-year pro ends his career ranked No. 110 in the world.

Related Topics:Mikhail Youzhny
Up Next