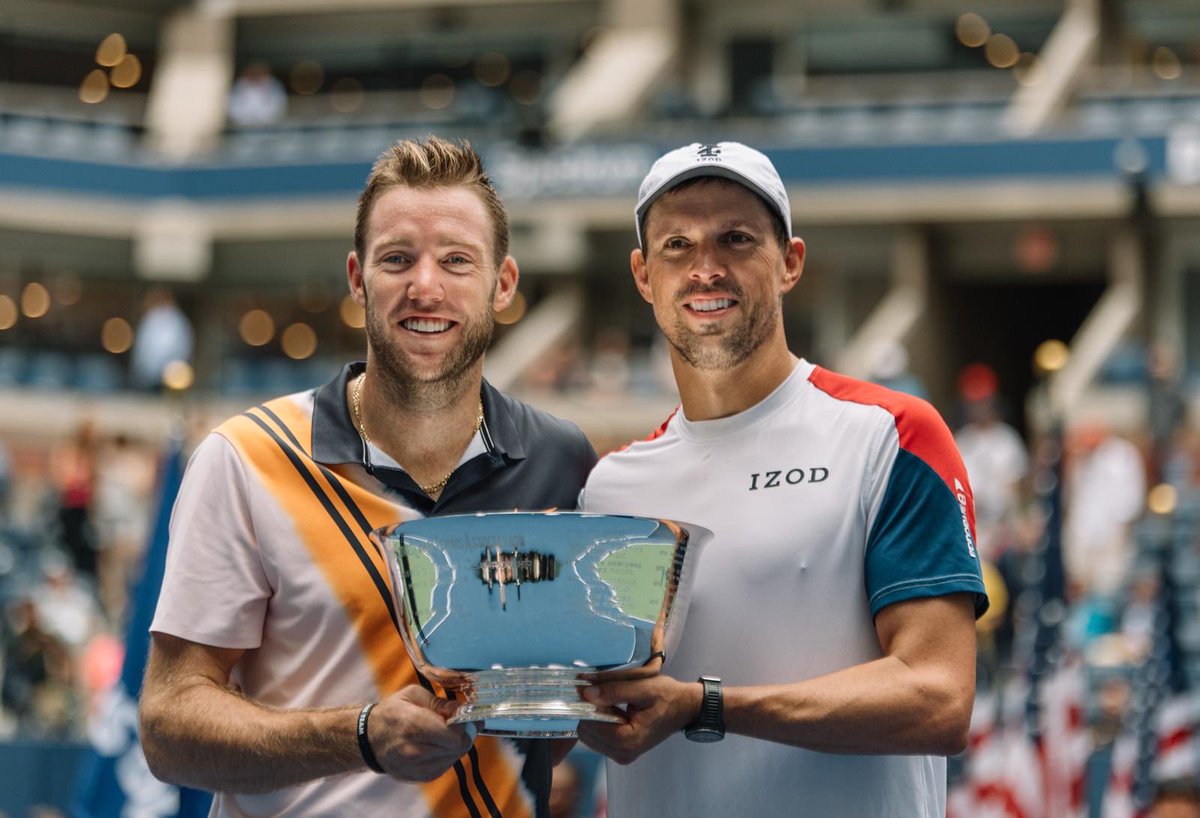 Jack Sock (left) and Mike Bryan (US Open via Twitter)

Mike Bryan won his first 16 major titles with his brother, tying them with Todd Woodbridge for the most wins in the open era. They had stalled in advancing age, with no grand slam victories since the 2014 US Open. But he and Sock teamed together at Wimbledon, and continued in New York what Bryan called a “magical run” during the trophy presentation.

“It never really enters your head, this history. You just play as hard as you can for as long as you can,” Bryan, who overcame John Newcombe’s all-time record, said in the press conference. “If it adds up to some records, then it’s very cool. But I just do it because I love it, and these are very special moments, holding these trophies. You never know if you’re going to get them, so you really savor them. It’s a massive team effort.”

Bryan’s sixth title at the US Open ties the most of any grand slam; he has never won more titles at any event. He looked comfortably at home on Friday, slicing balls across the court as Sock walloped groundstrokes to the tune of 36 combined winners.

But the 40-year-old sought to downplay his historic accomplishment at every level. He asked to replace a trophy presentation question about his record with a chance to salute his support team, then reiterated those remarks later.

“I didn’t thank my parents out there, but they have been huge since day one. They really made me love the game. I get up every day, and I’m excited to go out there and try to find ways to get better and it’s because of them,” he said. “Then a great trainer. I got three coaches this week (smiling). Just amazing, amazing effort by everyone. Very lucky.”

Bob Bryan is expected to return to the tour and partner his brother early next year, meaning the Sock/Bryan partnership could be short-lived. But it was the absent Bryan, the first person to call the victors, according to his twin brother, who summed up the Friday effort: “Congrats. You guys were on fire.”