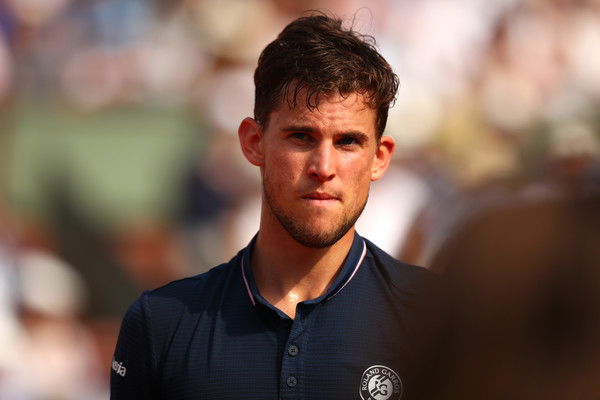 Dominic Thiem’s coach, Gunter Bresnik has confirmed that the Austrian will play the US Open despite withdrawing from Cincinnati last week due to illness.

The Austrian hasn’t had the greatest of luck since his first grand slam final at Roland Garros this year. The world number nine withdrew during his first round match with Marcos Baghdatis due to injury, which was then followed by a disappointing mini-clay court swing, in which he failed to pick up maximum points on his favourite surface.

The American hard court swing was supposed to bring a change in fortunes for Thiem but that luck has failed to arrive as he has picked up a viral illness in the past couple of weeks which has lead to an early exit in Toronto to eventual finalist Stefanos Tsitsipas. The Austrian also withdrew from Cincinnati adding to his problems as he enters the US Open with a lack of preparation and form.

However Thiem’s coach, Gunter Bresnik has given his fans some hope as he has confirmed that Dominic Thiem will play the US Open as he spoke to Lukas Zahrer of Spox.com about his preparations, “He’s hanging in there, the training was solid, he played some practice sets. I have to admit, it’s way better, than I thought it would be.”

This is good news for Thiem, who will look to improve on his fourth round exit last year to Juan Martin Del Potro when he lost the match from two sets to love up. It has been an injury-stricken season for the Austrian despite his final at Roland Garros in June and will look to finish the season strong.

The 24 year old is the ninth seed for Tomorrow’s US Open draw which takes place at 2pm New York time.

Related Topics:Doinic Thiem
Up Next

Brad Gilbert Blasts The WTA Over Their Treatment Of Serena Williams