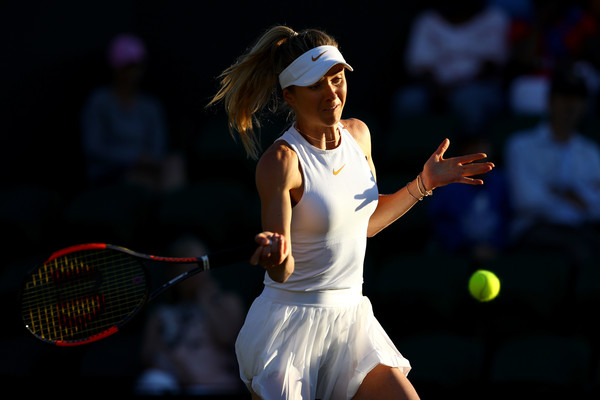 The Ukrainian, 23, seemed to have found her way on grass when she reached the fourth round last year. But she looked all at sea at times against the German, who won the Mallorca Open eight days ago.

Despite her struggles on the surface, Svitolina fought back from 5-1 behind in the first set to force a tie-break and then won the second set.

However, in the fading light shortly before 9pm, the World No.5’s form deserted her in the decider as she lost it 6-1.

The American, who was nursing an ankle problem coming into the tournament, appeared to make the injury worse by playing and had treatment for it in the first set.

Remarkably, Vandeweghe managed to win the first set and go on to complete the three-hour match. However, her efforts were in vain as the Czech got the better of her in the decider. 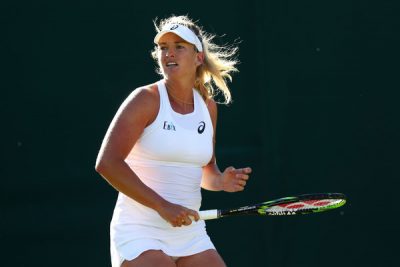 Earlier in the day, World No.19 Magdalena Rybarikova became the first seeded casualty of Wimbledon 2018. She was defeated by Sorana Cirstea shortly after 1pm.

The Slovakian should have been high on confidence after she beat Karolina Pliskova and Kristina Mladenovic during her excellent run to the final of the Nature Valley Classic in Birmingham.

However, Rybarikova never really settled into her first-round clash with the World No.51. Despite a good spell in the second set, she lost 7-5 6-3.

A couple of hours later, another seed followed Rybarikova through the exit. World No.21 Anastasija Sevastova suffered a surprising 6-1 2-6 6-4 loss to big-hitting Italian Camila Giorgi.

The Latvian, who is a two-time US Open quarter-finalist, won the grass court event in Mallorca in 2017. She then reached the final of the same event this year.

However, she struggled to contain the power of Giorgi in the first set. Then she fought back to win the second but could not get the job done in the third.

In between those shocks, there was a less startling defeat for a seeded player, as 31st seed Zhang Shuai lost 6-4 4-6 6-2 to former World No.9 Andrea Petkovic. 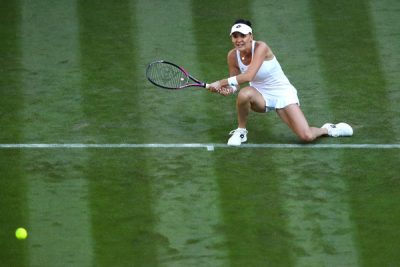 Late in the day, former World No.2 Agnieszka Radwanska survived an almighty scare against World No.195 Elena-Gabriela Ruse.

The Pole seemed to be heading for a comfortable win when she charged into a 5-0 lead in the opening set. However, her unsung Romanian opponent battled back to 5-3.

And, although Radwanska wrapped up the first set, Ruse won the second 6-4 to set up a nervy finale.

Nobody could have imagined just how fraught the ending would be, however, as the unseeded Romanian failed to convert six match points before the experienced Pole eventually won it 7-5.

At one stage, it looked like 7th seed Karolina Pliskova might also be in danger when she lost the second set to British wildcard Harriet Dart.

Venus Williams also survived a tricky encounter with Johanna Larson. She lost the first set tie-break against the Swede but recovered to win 6-7(3) 6-2 6-1.

Another American, Madison Keys, had no such problems as she brushed aside Alja Tomljanovic 6-4 6-2 in just 62 minutes.

Caroline Wozniacki Strolls Into Wimbledon Round 2