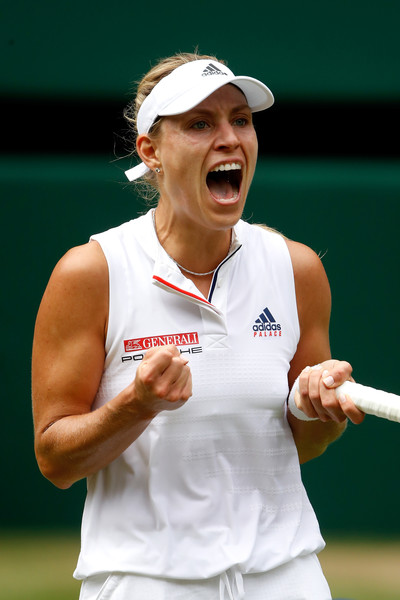 Angelique Kerber withstood a strong challenge from Daria Kasatkina to win 6-3 7-5 and set up a mouth-watering semi-final clash with Jelena Ostapenko.

The German, 30, who said afterwards that she pushed herself to the limit to win, needed seven match points to finish the Russian, who made her fight very hard for so many of the points.

Thankfully for Kerber, she looked sharp and ready for Kasatkina after victories over good opponents, Naomi Osaka and Belinda Bencic, in rounds two and three.

The 11th seed had to save a break point during a tight opening game, but quickly settled after that to race into a 4-1 lead.

Kasatkina fought back to break Kerber in game seven, but played a poor game on her own serve immediately afterwards to fall 5-3 behind. The German then comfortably served out the set.

If the first set was relatively normal for Kerber, the second was anything but. It was full of long rallies and inventive shot-making as the Russian used all her wonderful varieties to make life very hard for the German.

Despite Kasatkina’s improvement, Kerber broke first. She hit a couple of excellent forehands to get to deuce, and then the Russian made two errors to hand her the break. 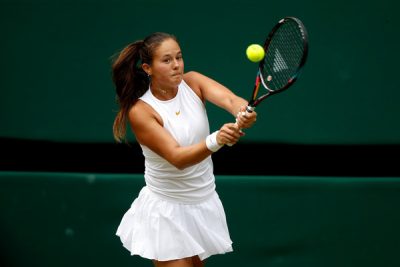 However, the German’s lead did not last long as Kasatkina attacked superbly to break back. That game started a remarkable sequence of six consecutive breaks as neither player managed to take advantage of their dominance in return games.

It also meant that Kerber failed to serve for the match in game ten, as her Russian opponent produced her best tennis when it mattered to keep the match alive.

Although she tried her hardest and hit some brilliant shots, Kasatkina was unable to repeat the trick in game twelve, and the highest seed left in the draw eventually finished the job with a trademark forehand down the line.

“We both played at a really high level,” Kerber said in her post match interview. “I was expecting a really tough match because we’ve had really tough battles in the past.”

The German will face Ostapenko in the semi-final after the 2017 French Open champion produced an excellent display to beat Dominika Cibulkova.

However, the 11th seed said she is not worried about the match because semi-finals are always difficult. This one is certainly shaping up that way and it could be a classic.