Agnieszka Radwanska: I Did Not Expect To Play So Well - UBITENNIS 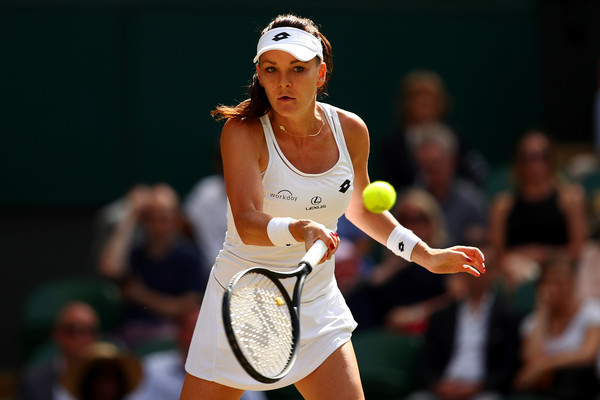 Agnieszka Radwanska has made an excellent start at the Nature Valley International on her return to action after two months out with a back injury.

“I’m really enjoying being back,” the Pole said. “But I’m also surprising myself that I can really play good tennis from the beginning.”

“Yesterday and today were really solid, good matches. I was serving pretty well and moving very well after those two months out.”

She continued, “I really didn’t expect that. I’m really happy with the way I’m playing, and I just hope I can play better and better.”

Radwanska happy to deliver against Gavrilova

Radwanska is thrilled to beat a player of Gavrilova’s quality. She said, “After two months at home, every match is great to win, especially against someone like Daria. She’s playing great tennis right now.”

The Pole was asked if the way the Australian plays is similar to her own game. She said, “I think so. I think she’s the kind of player who’s not that powerful and can do everything on court.” 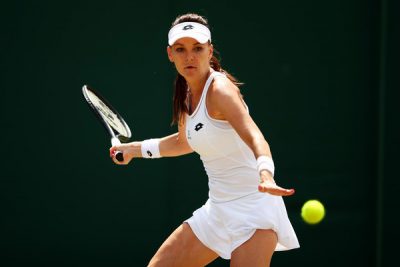 “Some others hit the ball so strong and you don’t have many rallies. But today was a really good game with a lot of crazy, tricky shots.”

She continued, “There was a lot going on. That’s why it was three hours. I think it was really enjoyable for the fans to see and I’m really happy to win this kind of battle.”

Radwanska excited to take on “one of the best”

If Gavrilova was a step up in quality from Babos, then Radwanska’s next opponent represents arguably an even bigger leap, as the Pole will take on Petra Kvitova in the last 16.

Last week, the Czech dropped just one set en route to winning the title in Birmingham for the second year running. And she maintained her form in round one in Eastbourne with a comfortable 7-5 6-3 victory over Katerina Bondarenko.

“I don’t really have anything to lose, especially as she’s having a great season with five titles already,” Radwanska said. “I think she’s really on fire.”

“I’m playing against one of the best players in the world. I just hope I can play the same game I was playing today and we’ll see. I’m really going to enjoy that match.”

She continued, “I think my two matches so far are really good preparation for this big one. She’s a great person, a great player, and I like to play against her.”

“She’s always pushing me to play 100% and for sure tomorrow it will be the same.”