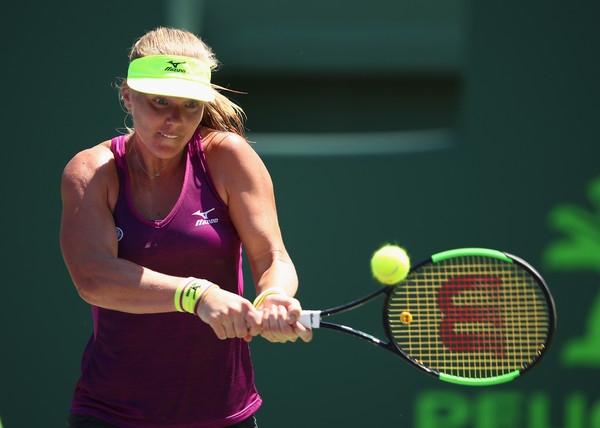 The Dutchwoman, 26, has already won four International titles on clay and now has the daunting task of trying to claim the biggest title of her career just a few hours after booking her place in it after yesterday’s heavy rain forced organisers to postpone the semi-finals.

It was an extraordinary semi-final against the American that was never predictable at any stage. This was perfectly demonstrated by the start, as the clash opened with three consecutive breaks of serve.

Bertens earned two of them to gain the early advantage. Keys managed to break back in game six but was broken again immediately and never recovered as the Dutchwoman took the set 6-4.

The second set was a battle throughout, as Keys stepped up her aggression and broke twice to lead before being pegged back by Bertens both times.

Having weathered the storm from the American, the Dutch player seemed set to wrap up a straight-sets win when she broke to go 6-5 up and then had two match points on her serve.

However, Keys saved one with a huge forehand and Bertens wasted the second when she hit a poor forehand straight to the American, who was waiting at the net to put away an easy volley.

By this point, the Dutch woman seemed very rattled and she gifted Keys the break with two sloppy errors. And the errors kept on coming from Bertens in the tie-break as she lost it 7-2. 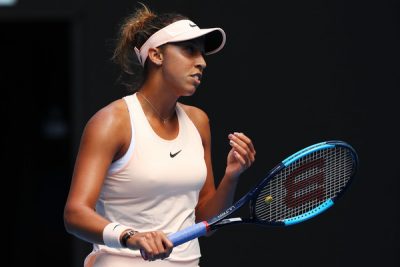 Both players were far more secure on their own serves for the majority of the decider and the score was locked at 4-4 after eight comfortable holds.

Then chaos returned, as Keys took advantage of two errors from Bertens by hitting a pinpoint backhand down the line to make it 0-40 on the Dutch player’s serve.

After Bertens double-faulted, the American had the chance to serve for the match. She started the game well, hitting two winners to gain a match point at 40-30. However, she netted a forehand and was broken by the determined Dutchwoman shortly afterwards.

Keys produced a sublime drop shot and a huge forehand winner to break again and earn a second chance to serve it out. But she failed again as Bertens hit a superb forehand winner at 30-30 and then a calm smash to seal the game.

The Amercian gifted the Dutch player a 3-1 lead in the deciding tie-break with a couple of wild forehands, before battling back to 5-5 with some brilliant backhands and a composed smash.

However, it was Bertens who had the final say. The Dutchwoman hooked a spectacular forehand return wide to Keys’ right and the American hit it just wide of the court to give her a third match point. And this time Bertens clinched victory as Keys netted a backhand.

“I’m really happy,” Bertens said in her on-court interview. “It was a little bit tough in the second set and I couldn’t get the win but I just kept on fighting.”

When the Dutchwoman was asked what it is like to reach her first Premier final, she said, “It’s incredible. I love the clay – I think everyone knows that. I’m really happy with the way I’m playing here.”

Who would win in a match between Roger Federer and Serena Williams?