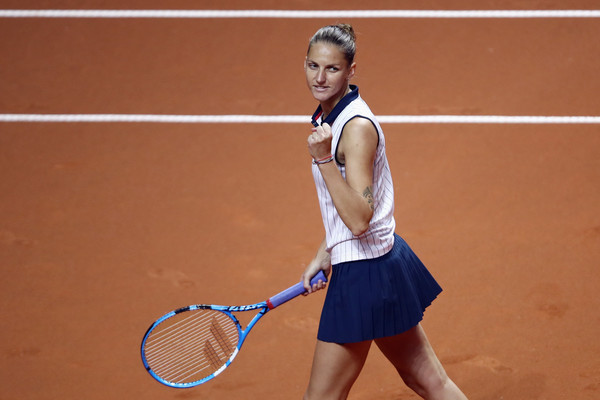 Karolina Pliskova produced a totally dominant display to beat Anett Kontaveit 6-4 6-2 at the Porsche Tennis Grand Prix and set up an intriguing final against Coco Vandeweghe.

Big servers have ruled the courts in Stuttgart this week, so it is no surprise to see the Czech reach this stage as she is the most prolific server on the WTA tour.

“It’s an indoor tournament and it’s pretty fast clay, so I think the serve is really the key of the game here,” Pliskova said in her on-court interview. “I know (Vandeweghe) can serve well on every surface, same as me, so it’s going to be a very tough battle.”

Although Vandeweghe was impressive on serve in the opening semi-final, Pliskova was even better in this match. She won a remarkable 96% of points on her first serve and 73% behind her second. She also never faced a break point.

Considering the standard of play she produced towards the end of the match, Pliskova made a slow start as she struggled to put Kontaveit under any real pressure.

The Estonian got herself in trouble in the fifth by making two double faults to give the Czech three break points. However, she dug in and saved all three by serving well and hitting deep.

But Kontaveit’s resistance did not last long. She hit a forehand long to give Pliskova another break point chance in game nine. And this time the Estonian could not save it as she sprayed a forehand wide. 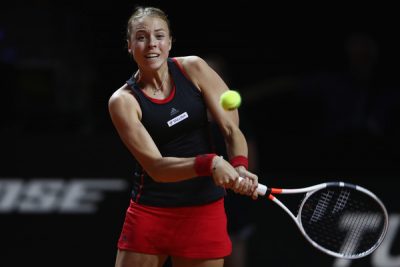 Incredibly, the World No.6 won every point in her next five service games. This run of flawlessness consisted of the hold that sealed the first set as well as the entire second set.

Such dominance on serve enabled Pliskova to be very aggressive when she was returning. She unleashed a series of powerful strikes to break for a 2-1 lead.

The Czech then hit two winners and an unreturnable forehand to come back from 40-0 behind and set up another break in game seven.

Pliskova finished the match with a flourish. She cracked two forehand winners – her 20th and 21st of the match – and an ace as she held to love.

“I think we both started a little bit nervously,” Pliskova reflected in her on-court interview. “I’m just happy that I got into it. My serve was there – that’s always the key with my game.”

The Czech continued, “I was happy that I found my rhythm in the second set. I started to feel the game a little bit better and that’s why the score was easy.”