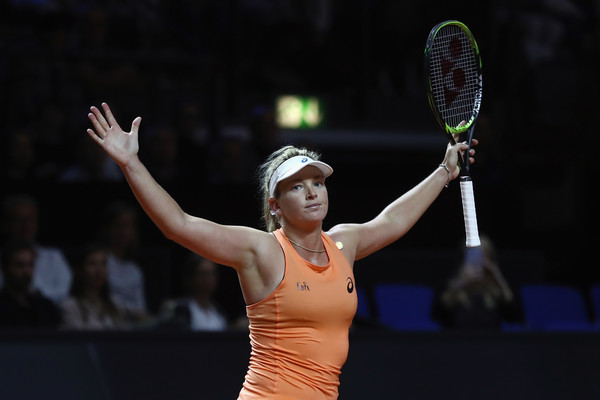 Coco Vandeweghe stormed to an impressive 6-4 6-2 victory over Caroline Garcia at the Porsche Tennis Grand Prix to book a place in her first clay court final.

It will be the sixth WTA final of the American’s career and, considering how well she is playing, she has a great chance to claim her third title.

“I’m definitely trying different things and enjoying my time out on court instead of taking it so seriously,” Vandeweghe said in her on-court interview. “Instead of just going and focusing so hard, it’s chill. It’s like I’m back in California on the beach.”

Both Vandeweghe and Garcia dominated on serve in the first eight games and neither player had any chance of getting a break.

Then the Frenchwoman blinked. She made a couple of sloppy errors and gave Vandeweghe a couple of second serves to look and the American took full advantage by producing some big strikes to earn the decisive break.

Vandeweghe held with ease to clinch the set. Then she made sure she kept the pressure on Garcia by maintaining complete control on her serve in the second set.

This enabled the American to swing freely, hit two forehand winners and seize the break she needed in game five. The World No.7 had looked short of ideas on how to deal with Vandeweghe all match but at this point she suddenly crumbled. 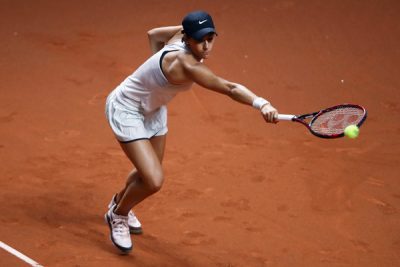 First, Garcia offered no resistance as the World No.16 held to love. Then she could barely find the court as she was broken to love.

Vandeweghe served for the match in style and punched the air in delight. It is no wonder she was pleased – she had just produced a complete performance. She won 91% of points on her first serve and 63% behind her second. The American also took all three of her break points.

“Caroline is a great player,” Vandeweghe reflected in her on-court interview. “She keeps you on your toes; she keeps you on your back foot. So I was trying my best to implement my shots first, so she would feel uncomfortable first. And I thought I did that really well.”