Tennys Sandgren Says He Has Been ‘Dehumanized,’ But His Tweets Say Otherwise - UBITENNIS 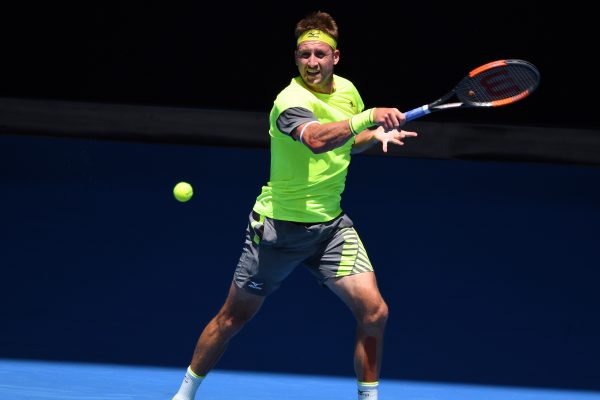 Australian Open quarter-finalist Tennys Sandgren has accused the media of unfairly portraying him after a series of his tweets prompted uproar.

The 26-year-old American has been accused of supporting the alt-right and being homophobic after a series of his remarks on Twitter was brought to light in the wake on his recent success. Earlier this month he retweeted a video from white nationalist Nicholas Fuentes. Fuentes once tweeted that Sandgren was a ‘long time mutual supporter’ before deleting it.

In another comment back in 2012 Sandgren said that his ‘eyes were bleeding’ after walking into a gay bay. In the wake of the controversy, he has deleted over 3000 tweets.

Following his straight-sets loss to Hyeon Chung at the Australian Open, Sandgren read out a statement from his phone in relation to the criticism. It in, he accused journalists of working as a ‘propaganda machine instead of researching information.’

“You seek to put people in these little boxes so that you can order the world in your already assumed preconceived ideas. You strip away any individuality for the sake of demonizing by way of the collective.” He said in a statement.
“With a handful of follows and some likes on Twitter, my fate has been sealed in your minds. To write an edgy story, to create sensationalist coverage, there are a few lengths you wouldn’t go to to mark me as the man you desperately want me to be.
“You would rather perpetuate propaganda machines instead of researching information from a host of angles and perspectives while being willing to learn, change, and grow. You dehumanize with pen and paper and turn neighbor against neighbor. In so doing, you may actually find you’re hastening the hell you wish to avoid, the hell we all wish to avoid.”

During his 225-word speech, the world No.97 did not apologise for what he has previously written. Although, devout Christian Sandgren tried to ease the tension by saying that he treat everybody equal.

“It is my firm belief that the highest value must be placed on the virtue of each individual, regardless of gender, race, religion or sexual orientation. It’s my job to continue on this journey with the goal of becoming the best me I can and to embody the love Christ has for me, for I answer to Him and Him alone.”

Sandgren’s latest comments are unlikely to reduce his number of critics. In the past he has made negative comments about 24-time grand slam champion Serena Williams. In 2013 he said that it was ‘always a good day when Serena went down.’ Prompting this response from Williams herself.

During an interview with ESPN on Tuesday night, Sandgren insisted that he does not support the alt-right. Although he does find some of them things they say ‘interesting.’ The alt-right movement comprises of white supremacists, neo-nazis and other hate groups.

“[It’s] not really specific ‘alt-right’ content that I deem of value. I think that’s very incorrect, and I don’t find information like that to be of value or to hold on to any of those things.” He said.

Continued to be pressed about his comments on Wednesday after making his statement in Melbourne, Sandgren was visibly frustrated with the ongoing debate.

As a result of his Australian Open performance, Sandgren will rise inside the world’s top 60.

Comments about the LGBT community

A receipt of how Sandgren thinks of and views us LGBTQ folks.