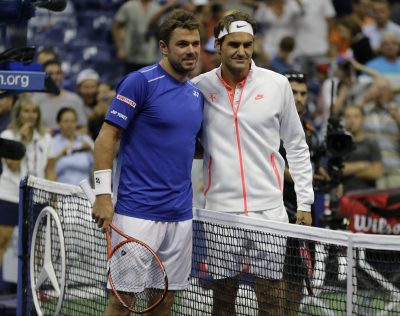 Long before the former World No. 2 Norman joined Wawrinka’s team, his reputation as one of the greatest tennis coach was already established as he powered his countryman Robin Soderling to consecutive French Open finals in 2009 and 2010 and No. 4 in the world rankings.

However, it was his ability to turn Wawrinka, a consistent top-20 player into a winning machine, capable of beating the likes of Novak Djokovic, Federer, Nadal and Murray that eventually gave him the utmost respect he actually deserved.

Even though, Norman was successful in devising a strategy for his charge to overcome the challenges of the Big 4 on the men’s circuit, he blamed the same men for Wawrinka’s failure to reach the summit of the ATP’s charts.

He said: “I remember the first time I spoke to Stan. I told him to write on a paper his goals, and I would have done it too. My last point was to play ATP Finals, a goal that any of his coach had set to him. I believed in him. He was No 3, but lived in the same era as Federer, Nadal, [Novak] Djokovic and [Andy] Murray…”

“Otherwise he would have been World No 1.”

Norman guided Wawrinka to No. 3 in the ATP rankings and three Grand Slam titles – the Australian Open in 2014, French Open in 2015 and the US Open in 2016. However, the pair separated in October this year and Norman confessed that the duo parted ways by mutual agreement, not having any ill feeling whatsoever for one another.

“We have finished by mutual agreement, I have two twins of six years and being away from home about 30 weeks a year was very hard,” he added.

“Stan is a person with whom you can go to dinner or drink something and not talk about tennis. On the other hand he is very disciplined and hardworking, together with the Swiss mentality it has been easy to work with him.”